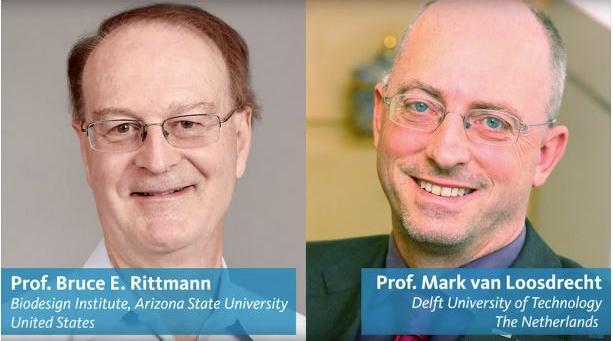 NEW YORK, New York, March 23, 2018 (Maximpact.com News) – “Quite simply, water is a matter of life and death. Our bodies, our cities, our industries and our agriculture all depend on it, said UN Secretary-General António Guterres Thursday on World Water Day.

Diseases born of unsafe water and lack of basic sanitation kill more people every year than all forms of violence, including war, UN leaders have said for years. Now they’re doing something about it.

To mark this special day, the United Nations opened a 10-year water action plan, endorsed by the UN General Assembly on December 21, 2016.

“By 2050 at least one in four people will live in a country where the lack of fresh water will be chronic or recurrent,” he warned, speaking at the launch of the International Decade for Action: Water for Sustainable Development, 2018-2028.

The UN aims to use this coming decade of action for clean water to forge new partnerships, improve cooperation and strengthen capacity to implement the 2030 Agenda for Sustainable Development.

But growing demands, poor management and climate change have increased water stresses, and now scarcity of water is a major problem in many parts of the world.

“As with most development challenges, women and girls suffer disproportionately,” he said. “Women and girls in low-income countries spend some 40 billion hours a year collecting water.”

The launch of the International Decade coincides with World Water Day, marked annually on March 22, to focus attention to importance of and challenges facing freshwater availability.

Commemorated this year with the theme, Nature for Water, the UN urges people to explore nature-based solutions to contemporary water problems.

Some of these could include planting trees and increasing forest cover, reconnecting rivers to floodplains, and restoring wetlands to rebalance the water cycle.

The government of Tajikistan and the United Nations are jointly organizing an International High-Level Conference on International Decade for Action, “Water for Sustainable Development,” 2018-2028, to be held from June 20 to 22, 2018 in Dushanbe, the capital of Tajikistan, on the Varzob River.

The conference is organized to facilitate the implementation of the International Decade for Action “Water for Sustainable Development,” 2018-2028.

Thirsty in the Gaza Strip

Some important actors are already moving to help populations who lack clean water and adequate sanitation.

The success of a Gaza water pledging conference on March 20 marks the start of the biggest-ever infrastructure project in the Gaza Strip.

The pledging conference was held in Brussels to raise funds for the Gaza Central Desalination Plant & Associated Works Project.

Co-chaired by the EU and the Palestinian Authority, the conference mobilized financial support of €456 million  (US$563.7 million), covering more than 80 percent of the total amount needed.

The infrastructure project will provide a minimum of 55 million cubic meters (m3) of safe and clean drinking water a year to Palestinian people in dire need.

Palestinian Prime Minister Rami Hamdallah said, “This conference carries a message of hope to our people in Gaza, stressing that the international community is not neglecting their suffering, but diligently working to design interventions to address the dire water situation in Gaza.”

“The project will contribute to the political stability of the region as water scarcity can have grim repercussions and spark further tensions,” said Hamdallah.

European Commissioner for Neighbourhood Policy and Enlargement Negotiations Johannes Hahn said, “This project will meet the most urgent water needs in Gaza, providing drinking water and at the same time contributing to economic growth, environmental sustainability and stability. I’m proud that the EU pledged €70 million for the desalination plant plus €7.1 million for management costs.”

Forty-two countries’ delegations – including Israel and 20 EU Member States – and eight institutions expressed support for the project and underlined the urgency of making quick progress.

The Union for Mediterranean, the European Investment Bank, the World Bank, Office of the Quartet and the Islamic Development Bank voiced their continued commitment to this infrastructure project.

The project includes the desalination plant, power supply installations to cover energy needs, with 15 percent renewable energy, and the construction of a North-South carrier to distribute fresh drinking water across Gaza.

Currently two million Palestinians in Gaza rely on the coastal aquifer as a source of drinking water. The capacity of this aquifer is 55-60 million m3 per year, about one-third of total water demand on the aquifer.

And the winners are…

Their pioneering research and innovations have led to a new generation of energy-efficient water treatment processes that can effectively extract nutrients and other chemicals – both valuable and harmful – from wastewater.

Mark van Loosdrecht is Professor in Environmental Biotechnology at Delft University of Technology, The Netherlands.

On receiving news of the prize, Professor van Loosdrecht said, “I’m very excited and pleased! This is a recognition not just of our work but of the contributions microbiological engineering can make to the water sector.”

“Traditionally,” said Professor Rittmann, “we have just thought of pollutants as something to get rid of, but now we’re beginning to see them as potential resources that are just in the wrong place.”

“The concept of wastes or waste products is obsolete,” he said. “The focus and the future are used resource recovery.”

Torgny Holmgren, executive director of the Stockholm International Water Institute, declared, “Together, Professors Rittmann and van Loosdrecht are leading, illuminating and demonstrating the path forward in one of the most challenging human enterprises on this planet – that of providing clean and safe water for humans, industry, and ecosystems.”

Featured Images: Women bear the burden of carrying clean drinking water to their families in may African countries such as Benin, where this photo was taken. September 2010 (Photo by Arne Hoel / World Bank) Creative Commons license via Flickr