Whales Are Facing a Crisis Created By Humans. Can We Help Save Them?

Arguably as one of Earth’s most fascinating animals, whales have long held a place of awe and reverence in our psyche. 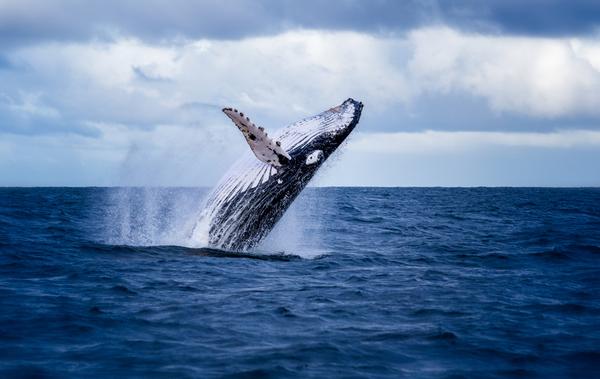 They’ve featured in countless works of fiction and fantasy. From 1851s Moby Dick (a sperm whale) to 1986s Star Trek IV: The Voyage Home (two humpback whales), and even one of the most popular episodes of one of the most popular tv series of all time – the 1994 Seinfeld episode The Marine Biologist (potentially a blue, fin or humpback).

Of course, many of these stories spin tales that cast earth’s largest creatures as something grand and mythical. The reality is that whales are far more majestic than in any manner depicted on page or screen.

In the wild is where the true wonder of a whale, regardless of species, shines brightest. If you’ve ever had the good fortune to experience them up close, then you understand you’ve seen something remarkable.

It is in their natural, watery home, however, where these massive mammals face a challenge far greater than any fiction can drum up. Unless we take steps to stem the tide of havoc that is destroying both their habitat and the animals themselves one aspect of the Star Trek IV storyline may soon become a reality – their complete and total extension. 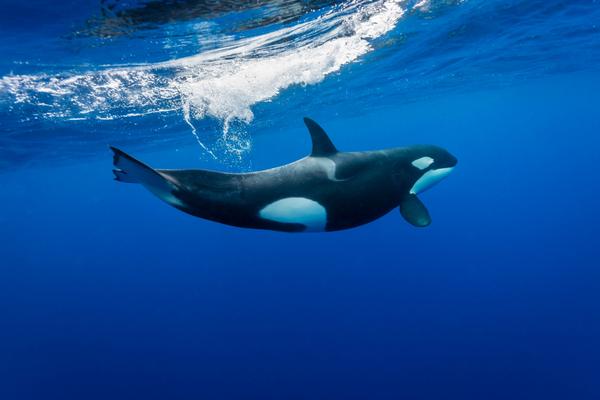 As one of only a few mammals whose entire existence is in the water, whales hold a unique position both within the animal kingdom and as a part of human life.

Sitting at the top of the food chain, whales play a vital role in maintaining the delicate balance that ensures the world’s oceans remain a vibrant and healthy ecosystem. Their impact though goes far beyond just serving as masters of earth’s oceans.

First, the giant sea mammals assist in balancing the ocean’s food chain, regulating the population so that no one species – predator or otherwise – rises to dominate the water.

Without the balance provided by whales, other species may propagate and overtake other, weaker marine life. What at first may seem a boon for the fish species on which whales feed, it will ultimately lead to their downfall.

It’s not only the seas that whales have a significant environmental impact on, but also the atmosphere.

“Whales eat carbon, not fish,” she notes. “The deep ocean stores a lot of carbon, so it’s worth looking at the contribution of animals and help in conservation efforts.”

When whales expel the waste – yes, when they poop – nutrients are discharged into the water. The nutrients assist in generating marine plant life which in turn use carbon absorbing photosynthesis.

Another manner in which the whales promote carbon absorption is through their massive size.

As whales move through the water, they displace incredibly amounts of it. As they swim, and more specifically as they make deep dives, their movements stir up nutrients that rest at lower depths.

In pushing the nutrients to the surface, where marine plants and phytoplankton feed, those same plants thrive and absorb carbon.

Hawaiian based research indicated that roughly 80 whales do the work of over 200 acres of forest as they swim. Another study reflects the yearly average of carbon suppression by sperm whales could equal that of almost 700 acres of forest.

Although both studies offer that pinning down the exact impact is imprecise, they are clear that whales mean a lot for not just their immediate environment, but the larger world as a whole.

Whales provide more than just a positive environmental impact on their immediate world, but also prove to be economic engines for many economies around the world, specifically those that rely on maritime tourism dollars.

According to some estimates, whale watching is a $2 billion+, 13,000-worker a year industry. The impact on municipalities is even more significant.

Those numbers represent approximately 13 million ecotourists. As the industry continues to grow, it could add upwards of $400 million per year to the global economy along with 5,700 jobs.

Developing nations with oceanfront and coastal towns and cities stand to benefit the most, particularly ones in Africa, the Caribbean and Latin American.

A SPECIES IN CRISIS 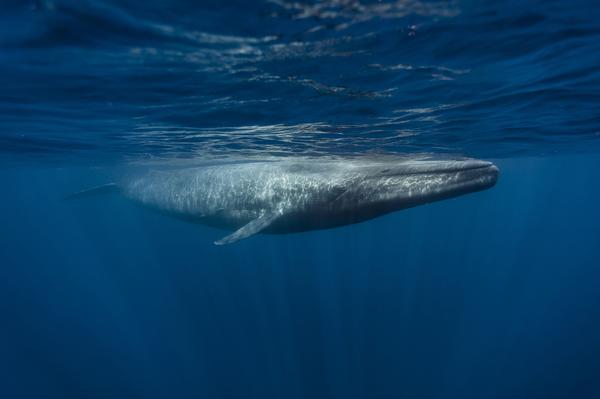 In spite of their positive environmental and economic impact, whales face their own set of perils. Four distinct threats pose a direct risk to the health of the worlds whale population.

Iceland has a messy history with the IWC, having rejected the moratorium very early on, and leaving the organization in 1992. They rejoined in 2002, but maintained their objections to the ban and resumed their commercial whaling four years later. Iceland’s whaling fleet focuses on two species – the minke for domestic use and the fin whale for export to Japan.

Japan continued large-scale whaling through scientific exemptions for many years after the ban went into effect. Many critics argued that this was done strictly to maintain their commercial efforts.

Lending validity to their detractors, Japan ultimately withdrew from the IWC at the end of 2018 with plans to officially restart their commercial whaling program in 2019.

In a statement, the Japanese government cited its long history of whaling as its primary motivation, noting “Japan has used whales not only as a source of protein but also for a variety of other purposes.”The statement continued, “Engagement in whaling has been supporting local communities, and thereby developed the life and culture of using whales.”

In 1993, Norway ended their association with the commercial ban, actively reopening its whale hunting activities without the cover of scientific research. Since that time, the country has been unapologetic about their actions but do impose limits on the number of whales they kill each year. Norway focuses primarily on hunting the minke whale.

In spite of the continued whaling of Iceland, Japan, and Norway, the losses from commercial whaling on overall populations continue to improve. Other industries, however, place whales in far greater jeopardy.

Whales can suffer severe injury via interaction with shipping vessels, and oil and gas activity is known to damage a whale’s hearing. Even without direct contact, these industries may harm whales though interference with migration routes as well as their breeding and feeding grounds.

The non-whaling fishing industry though poses the highest risk.

The North Atlantic right whale population is at historic lows due in large part to lobster ropes and nets that have become stronger and more prolific within the past couple of decades. Research shows that more than 80% of premature right whale deaths come from fishing lines.

Estimates put the current North Atlantic right population at fewer than 500, including 100 females that could give birth.

Marine ecologist, Mark Baumgartner paints a grim picture. “At the rate, we are killing them off, this 100 females will be gone in 20 years.”

Working for Massachusetts’ Woods Hole Oceanographic Institute, Baumgartner added that the entanglement in lines leads to the females becoming infertile. To drive home the urgency, the most recent breeding period may finish without a single birth amongst the vulnerable population. 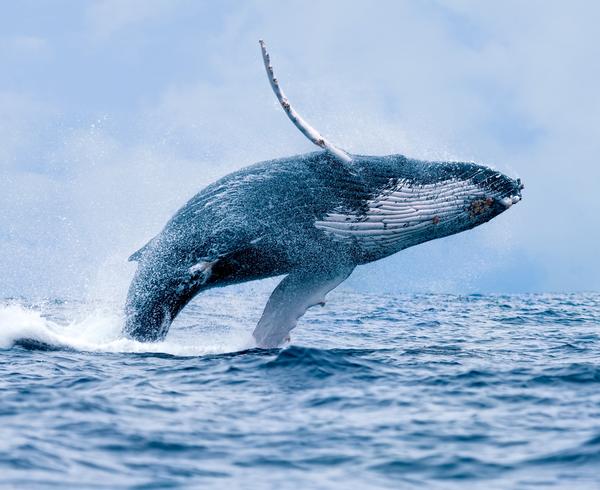 Global climate is, of course, a hot topic for a multitude of reasons, one of which includes how it impacts animal species across the planet.

For whales, warmer oceans and melting sea ice mean severely altered habitats including regions used for both feeding and mating.

Longer migrations created by the increased water temperatures would require whales to travel longer distances to reach viable sources of food. Longer swims result in shorter time frames to feed. Add in acidification – where seawater absorbs higher amounts of carbon dioxide – and the food sources themselves will also end up severely limited.

“Temperature change may directly influence the distribution of whales, and then you have ocean acidification, which can affect the food chain and habitats of their prey. Whales are highly mobile creatures, so if climate change causes the prey to move, they will probably follow them.”

She continues, “Then there’s the increased competition that comes about as surface temperatures change and species move to different habitats — all of a sudden, you have different species using the same area, so there’s more competition.”

As damaging as the above three areas are to whales, perhaps none grab bigger headlines than the fourth major threat to whales – pollution. 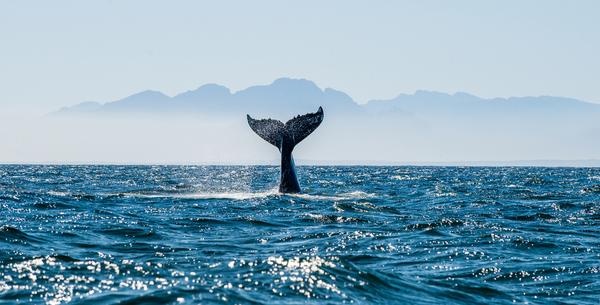 So what can be done?

When looking at solutions to turn back the clock on a years-long descent towards extinction, there are no easy answers.

There are the relatively straightforward fixes to stopping the dwindling numbers of whales:

The latter has shown some real progress with many countries looking at either reductions or outright bans of single-use plastic bags. Currently, China, France, India, and South Korea are among over 50 nations in the world with a ban on plastic bags.

In the US, California is the only state with a total ban although many cities across the country do have restrictions in place.

Indeed, the task may first appear daunting, but to ensure whales are around for generations to come, awareness and action are necessary.

After all, unlike the Enterprise crew in Star Trek IV, real-life humanity has yet to master the ability to travel back in time. Should whales become extinct in our time, there is no chance of resurrection. 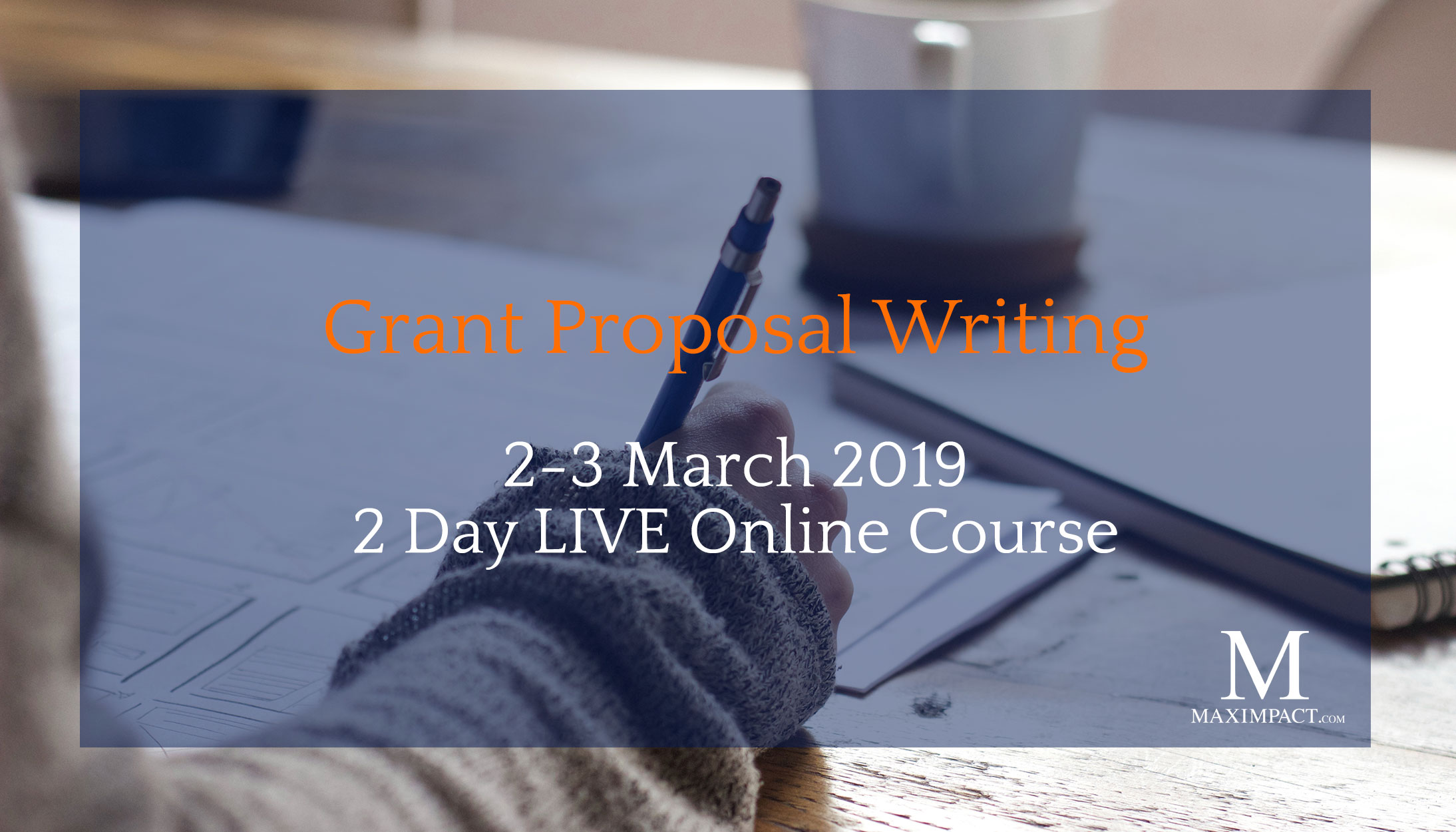