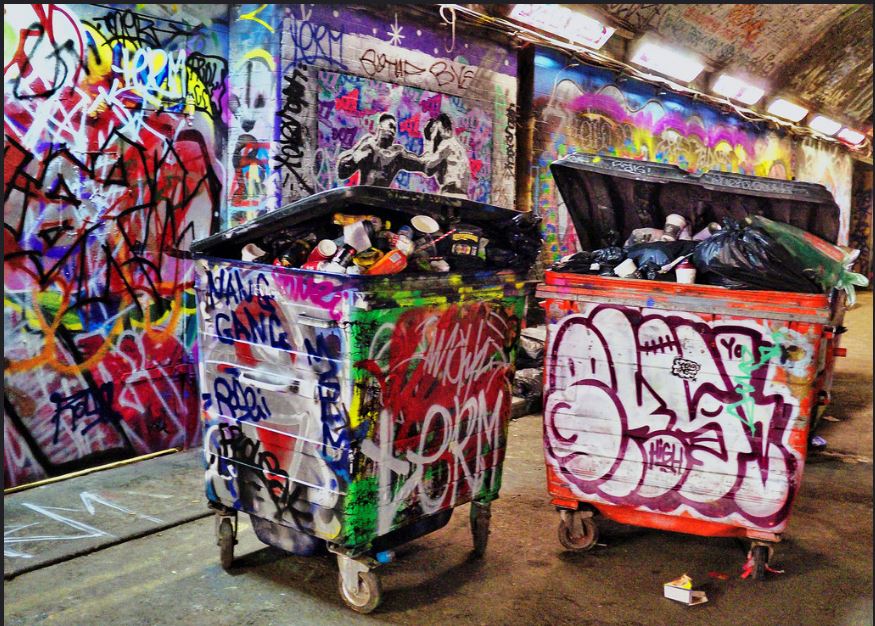 Environment ministers from all 28 EU countries are expected to approve the agreement in the coming weeks. Their approval must be secured before the new laws can officially be transposed into national legislation within 24 months from that moment.

The Parliament’s vote comes four months after the same laws and targets were agreed by the European Commission, Parliament and EU governments.

Other approved measures include a 10 percent cap on landfills by 2035, mandatory separate collection of biowaste and stricter schemes to make producers pay for the collection of key recyclables.

Recommendations include economic incentives for reuse, deposit-return schemes, food donations and the phase out of subsidies that promote waste.

In addition to the separate collection which already exists for paper and cardboard, glass, metals and plastic, new provisions for separate collection, including of bio-waste, will boost the quality of secondary raw materials and their uptake.

Hazardous household waste will have to be collected separately by 2022, biowaste by 2023 and textiles by 2025.

“After lengthy negotiations with the Council, we have succeeded in bringing home a great result that lays new foundations for sustainable European economic and social development,” said lead MEP Simona Bonafè of Italy, a member of the Progressive Alliance of Socialists and Democrats.

“Member states will be obliged to follow clear and common measures on the life cycle of raw materials and waste disposal,” she said.

“The package, in line with the United Nations’ sustainable development objectives, also reduces food waste by 50 percent and aims for a 65 percent recycling threshold by all member states. A battle that will make the economy of the Old Continent one of the most virtuous in the world,” Bonafè added.

The new package of laws and targets is a key element of the Circular Economy Action Plan the European Commission adopted in December 2015.

Environmentalists wanted the agreement to do more, but they say now it’s time to activate the new measures.

Said Piotr Barczak, waste policy officer at the European Environmental Bureau, a coalition of more than 140 environmental groups, “Cities across Europe have already made steps forward to reduce waste and improve recycling. The new laws could have been more ambitious, but their successful implementation will help governments consolidate this progress with benefits for the people and society as a whole.”

“After years of discussions, it is now time for EU countries to walk the talk on waste reduction,” said Barczak. “These laws are necessary to tackle some of the world’s most pressing issues such as pollution in our cities and environment.”

The Dublin Waste-to-Energy Plant, locally referred to as the Poolbeg Incinerator, is a waste-to-energy plant serving the Greater Dublin Area. The facility was designed to process 600,000 tonnes of waste per year and produce 60 megawatts of electricity every year, enough to heat 80,000 homes. The plant took its first delivery of waste on April 24, 2017. (Photo by William Murphy) Creative Commons license via Flickr

A three-year process to update EU environmental standards for waste incineration plants could be about to lead to new rules that most currently operating facilities already comply with.

EEB technical expert Aliki Kriekouki, who has taken part in working group meetings that provided advice to those drafting the rules, said, “People in Europe expect the EU to have the world’s best environmental standards, yet after three years of work to update the rules for waste incineration, we’re stuck with a proposal that makes some progress but falls short of boosting the deployment of effective, readily available technologies that prevent or minimise harmful pollution.”

More than 80 million tons of waste is burned in Europe every year, which campaigners warn is incompatible with the aim of moving to a circular economy, where waste is prevented and products reused or recycled.

“For air pollution, maximum emissions levels have largely remained unchanged, with the levels of some critical pollutants such as nitrogen oxides and mercury being raised compared to the existing guidance. Sadly, especially for people living near these plants, it’s a clear cut case of one step forward, two steps back,” said Kriekouki.

The EEB report calls for a tightening of levels for the emissions of key pollutants to air and water. It demands that current flexibilities be removed and that exceptions be tightened or erased. It also recommends that certain techniques be made compulsory and that the requirements to monitor harmful emissions be strengthened.

The EU sets minimum binding standards for industry as part of the Industrial Emissions Directive. Standards documents are known as BREFs. Along with industry and Member State representatives the EEB takes part in a consultation process that informs the European Commission while drafting these standards.

The current draft proposals for an updated Waste Incineration BREF to replace the last one adopted in 2006 have been under development for almost three years and will likely not need to be complied with until 2024.

This agreement further strengthens the “waste hierarchy” by placing prevention, re-use and recycling clearly above landfilling and incineration.

MEPs say managing waste in a more efficient manner is the first step towards a circular economy, where most if not all products and materials are recycled or repeatedly re-used.