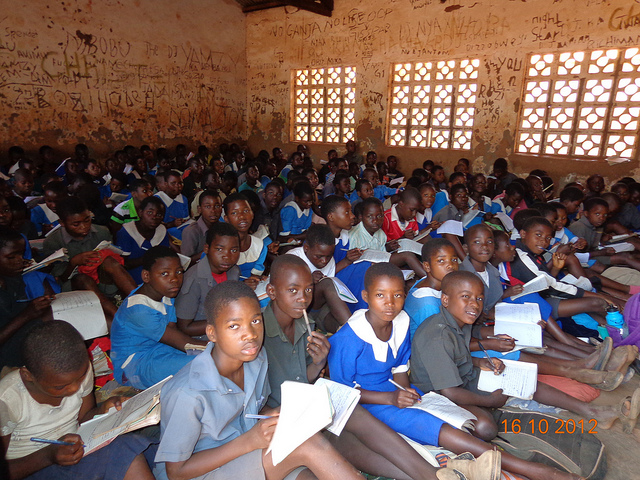 This is the second installment of a 3-part series on impact investing in the education sector. Read Part I: Why the Education Sector Urgently Needs Impact Capital and Part III: Opportunities for Impact Investment in Education

Impact investors have hardly engaged with the education sector. Why is this?

As we established in Part I of this series, there’s a growing global demand for education — in other words, a huge potential market that could be catalyzed by an influx of impact capital.  Add to this the fact that education is pretty much universally recognized as an effective means to break the cycle of poverty and improve lives — it may be the most powerful single tool we have — and the low level of impact involvement in the sector begins to seem surprising.

Yet that’s the reality: of $2.5 trillion is spent on education worldwide, impact capital accounts for just $3 million. In a recent survey of impact investors, only 3 percent of assets under management were in the education sector as compared to 21 percent in microfinance and 11 percent in energy. Only water and sanitation came in lower, at just 1 percent.

A closer look at deals gives insight into what’s happened to date. According to a recent report from D. Capital and Open Society Foundations (OSF), impact investors have hardly entered the education market and when they do, deal sizes are small with direct investments typically ranging between the $.5 million and $5 million. Investment though intermediaries looks slightly more robust, with technology venture capital funds raising the stakes to $10 million, but it’s still a mere drop in the ocean.

Impact’s role in financing the education sector hasn’t only been small in size, it’s been limited in scope, largely focusing on school infrastructure programs and, to a lesser extent, people (for example teacher training schemes). Impact investors have largely ignored the potential for investment in the wider educational ecosystem and have only very limited involvement in areas such as developing new services, tools and technology. Impact investment has been sharply divided, too, between market-rate investors who target middle and upper class populations and those with an impact-first attitude who target populations at the base of the socio-economic pyramid.

Several factors help explain this picture. First, impact is still a relatively new sector whose development has been largely uncoordinated and sometimes patchy: in other words, just because a sector is worthy of more impact capital, doesn’t mean it’s received it yet.

Impact investing is beginning to develop a track record in areas like agriculture, clean technology and finance but this is largely thanks to the determination of a few leading proponents like Acción, Root Capital and Acumen, who targeted their investments in specific areas. By contrast, few impact investors have made education their sole priority and few have developed well-defined deal sourcing strategies for education even though quite a few (21 out of the ImpactAssets 50 funds, for example) claim education as one area of focus among several others. This suggests that education is often a sideline for impact investors, with small-scale education investments tacked on to ones in more popular sectors such as finance.

Partly, this may be due to the perception that education investments have little potential to produce returns (an assumption new developments in the sector will challenge). Another reason could be that education, unlike other sectors, has traditionally been the sole preserve of governments and, to a lesser extent, international aid agencies. Until now, non-state investors have claimed a relatively small slice of the education pie with private commercial funding accounting for only $500 billion of the $2.5 trillion spending total. The state monopoly on education has created little incentive for innovation or entrepreneurial activity, with the result that there haven’t been enough education deals out there to engage the growing impact sector.

Such market issues may be contributing to the shortage of investable deals and limiting levels of investment now, but the picture looks set to change. Squeezed public budgets and a new spirit of openness on the part of the development aid community are generating more interest in market-based solutions to the education crisis. This raises the possibility of increased entrepreneurial activity in the education sector with impact investment playing a more important role in its financial profile, especially in the form of collaborative investing arrangement with governments, philanthropic bodies and other private investors. The question now is, what exactly should that role be?

Learning to do more

With opportunities at various points in the market, there’s evidence that impact capital can help education in a number of important ways. “Where government is absent,” write the authors of the D. Capital/OSF report, “impact capital can help fill a basic gap that the state cannot. Where the government provides basic services, there is also ample room to supplement public services through congruent education for at-risk children, vocational training or adult literacy services.”

Beyond this, impact investors can do their part to strengthen the sector by:

•    supporting early-stage experimentation and innovation in education
•    innovating new kinds of financial approaches that support education and the ecosystem around it
•    working in collaboration with governments and nonprofits to back socially motivated education programs with impact capital
•    investing alongside venture capitalists and venture philanthropists in scalable education businesses
•    catalyzing co-investment from other sources, such as mainstream banks, private investors and aid agencies
•    scaling approaches that show promise, adapting them and rolling them out in other contexts and other regions

This is Part II of a three-part series on impact investing in the education sector. Read Part I: Why the Education Sector Urgently Needs Impact Capital. Read Part III: Opportunities for Impact Investment in Education.