First Flight ‘On Wings of Waste’ 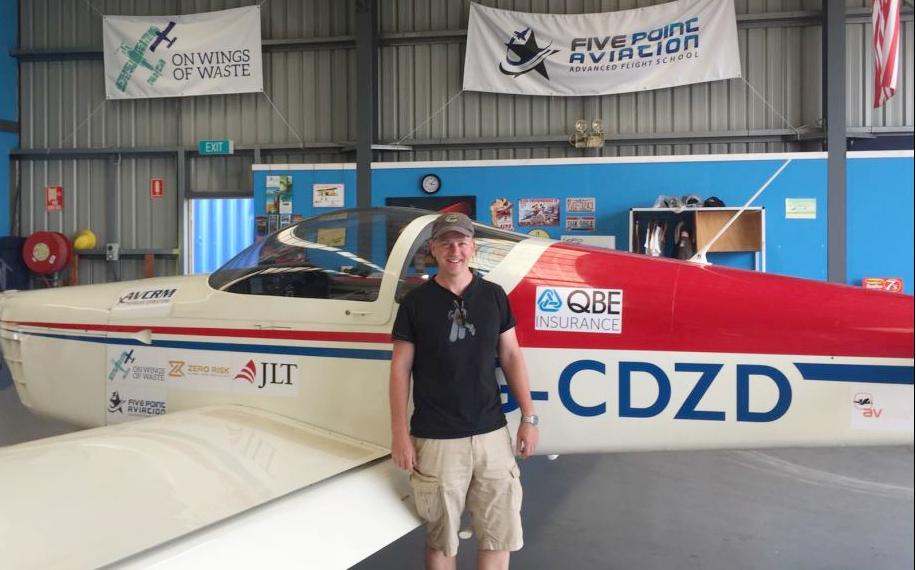 Pilot Jeremy Rowsell with the On Wings of Waste aircraft. Rowsell was born in London into a family of military pilots. He first flew solo at age 14, flew during university, then travelled and flew extensively in Africa. Working as a broker at Lloyds of London led to a job in Australia. He currently lives Sydney and works for multinational insurer Jardine Lloyd Thompson, who supported his flight On Wings of Waste. (Photo courtesy On Wings of Waste) Posted for media use.

“After years of preparation and many ups and downs we’ve finally shown that the eight million tonnes of plastic dumped into the oceans each year can be put to good use,” said Rowsell as he arrived in Melbourne today.

The flight from Sydney to Melbourne covered 500 miles. The Vans aircraft RV9a traveled at 100 nautical miles an hour over a period of 20 hours.

With the unique ‘On Wings of Waste‘ flight, Rowsell, co-pilot Chris Clark and their team set out to prove that plastic waste can be transformed from a pollutant into an alternative fuel to be blended with Jet A1 fuel.

“We blended 10 percent of fuel manufactured by Plastic Energy with conventional fuel and the flight was a dream,” Rowsell enthused upon landing in Melbourne.

The team’s campaign to inspire people to recycle plastic waste has taken four years to lift off. The four-stage proposition is:

The unique project came about after Rowsell observed from the air the danger posed by ever-increasing amounts of plastic waste found in the ocean.

Marine debris comes in all shapes and sizes, from large trawl nets, discarded or lost at sea, to plastic pieces smaller than a grain of rice that float throughout the water column.

The equivalent of a garbage truck full of waste plastic is dumped into the sea every minute, says Rowsell, the equivalent of eight million tons of plastic that enters the oceans every year.

He was inspired to test out a solution.

For the fuel that made up the 10 percent derived from plastic, Plastic Energy used end-of-life plastic, normally found in garbage patches in the ocean and in landfill sites, where it takes hundreds of years to degrade.

The waste can be turned into recyclable material; 95 percent is usable for diesel fuel and the other five percent, known as Char is a solid that can be used for fuel additives and pigments.

Plastic Energy uses a process called thermal anaerobic conversion. Plastics are heated in an oxygen-free environment to prevent them from burning, and then broken into their component hydrocarbons to create the equivalent of a petroleum distillate. This can then be separated into different fuels.

As there is no burning of the plastics, but rather a melting process, no toxic emissions are released into the environment.

Carlos Monreal, president and CEO, Plastic Energy, said, “Jeremy’s flight is a tremendous opportunity to showcase how plastic waste can be put to productive use instead of thrown away to pollute the oceans or despoil the land. We are delighted to be supporting this adventure.” 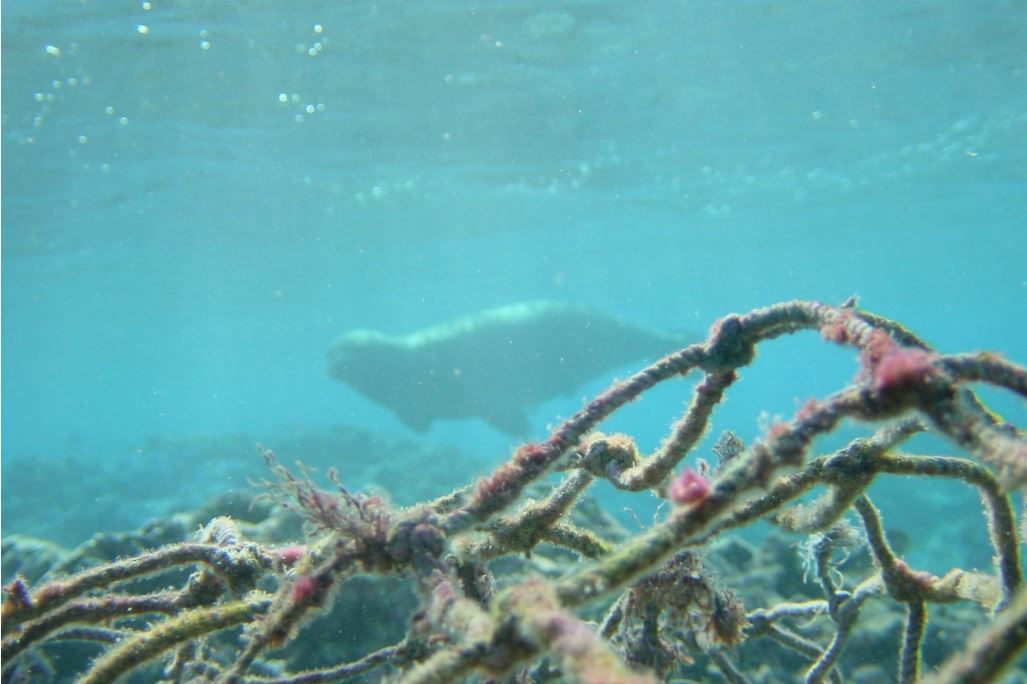 “Plastic breaks up into small particles, mixing with the plankton at the ocean surface. Plankton is at the heart of the food chain and provides us with more than half the oxygen we breathe – our oceans keep us alive,” explains Jo Ruxton, part of the On Wings of Waste team and one of the producers of “A Plastic Ocean,” a film on plastic pollution to be released January 20.

“We can’t yet safely remove plastic particles from plankton that lives in the ocean, so we must stop dumping plastic waste in the ocean,” Ruxton said.

“There are estimated to be 5.25 trillion particles of plastic floating – mainly at the bottom – of the world’s seas,” she says.

Besides using waste plastic that otherwise could be dumped in the ocean, Jeremy’s flight could have a major effect on the aviation industry.

Rowsell points out that 33 percent of airlines’ operating costs are spent on fuel.

Calculate in the 1,200 flights a day that are made from Heathrow alone, and it is possible that more than 21,000 tonnes of waste plastic could be transformed from pollutant to fuel – every day.

The On Wings of Waste team is looking for support from the general public and other investors to build a recycling plant in Australia that could lead to a change in culture and attitude about how we dispose of single use plastic.

World renowned naturalist and filmmaker Sir David Attenborough has backed the project saying, “The Wings of Waste flight, I hope, will bring the attention of the world to this great solution that is there waiting to be taken if only we can get the support of people to do so.”

Rowsell and survival trainer Tony Loughran from Zerorisk International have started to roll out an educational campaign in Australia, building a groundswell of support for On Wings of Waste.