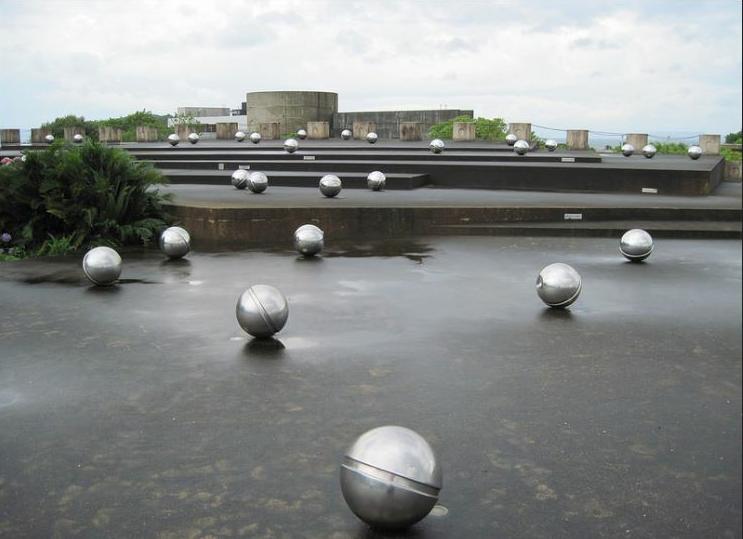 GENEVA, Switzerland, August 17, 2017 (Maximpact.com News) – From now on, for the first time, emissions of the neurotoxic element mercury will be controlled by 74 countries List of ratifying countries as a global treaty took effect on Wednesday, protecting millions of children and infants from neurological and health damage.

The Minamata Convention on Mercury commits governments, including the United States, China and most European countries, to specific measures to limit mercury. The treaty bans new mercury mines, phases out existing mines, regulates artisanal and small-scale gold mining, and reduces emissions and mercury use in medical devices by 2020.

Exposure to mercury can harm the brain, heart, kidneys, lungs, and immune system, particularly in unborn children and babies.

There is no safe level of exposure to mercury nor are there any cures for mercury poisoning, which at high levels causes irreversible neurological and health damage.

Since the element is indestructible, the Convention also stipulates conditions for interim storage and disposal of mercury waste.

Up to 8,900 metric tonnes of mercury are emitted every year, according to the UN Environment Programme (UNEP). It can be released naturally through the weathering of rocks containing mercury, forest fires and volcanic eruptions, but human processes such as generating electricity in coal-burning power plants also emits mercury.

Artisanal small scale mining is responsible for up to 35 percent of global emission of mercury into the environment. Mining alone in 70 different countries exposes up to 15 million workers, including child laborers, to mercury poisoning.

Other human-made sources of mercury pollution include the production of chlorine and some plastics, waste incineration and use of mercury in laboratories, pharmaceuticals, preservatives, paints and jewelry.

UNEP head Erik Solheim said, “The Minamata Convention shows that our global work to protect our planet and its people can continue to bring nations together. We did it for the ozone layer and now we’re doing it for mercury, just as we need to do it for climate change – a cause that the Minamata Convention will also serve.”

“Together, we can clean up our act,” said Solheim.

The Convention takes its name from the most severe mercury poisoning disaster in history.

Between 1932 and 1968, the Chisso chemical factory in Minamata, Japan released large quantities of industrial wastewater into Minamata Bay that was contaminated with highly toxic methylmercury.

In 1956, local villagers suffered convulsions, psychosis, loss of consciousness, coma and death from eating the poisoned fish in Minamata Bay. Thousands of people were certified as having directly suffered from mercury poisoning.

Rimiko Yoshinaga was born in Myojin, Minamata City and grew up in a fishing family. At a memorial ceremony for Minamata disease victims on May 1, 2010, she told how she became ill and how her grandfather died from the disease.

“When this place was a sea,” she said, “we swam and gathered shells and seaweed. Both adults and children loved the sea so much. Meanwhile, fishes in Minamata Gulf started to swim unsteadily and shells opened their mouths, and the area was pervaded by a rancid smell. This was the beginning of a strange disease. In the end, cats, birds and also healthy people suffered a convulsion, groaned with pain, then died.”

“I remember that I went fishing with my grandfather on his fishing boat when I was 4 years old and Emiko, my cousin, had just turned 2 years old. My grandfather set up a little fire and baked the fishes to let us eat. I can imagine that we little girls ate happily thinking these fishes were fresh and tasted so good. No one could tell us they were contaminated fish.”

“The disease started to affect me. I often fell and got up again and again. Gradually I lost my strength and I could not walk at all,” she said.

“My mother carried me on her back to bring me to hospital many times. At the hospital, I got an injection on my back and it was very painful. After that, when I had to go to the hospital, I cried every time so my mother would not know what to do,” she said. “I felt uncomfortable to be called a person with ‘strange disease.'”

Yoshinaga entered elementary school late, because her father worried that she might be bullied by other students. She now works with disabled people.

“The national and prefectural government, not to mention Chisso, did not deal with the damages for so long,” said Yoshinaga. “They did not fulfill their responsibility and it remains tremendous challenge to restore.”

“I want them to listen to each citizen’s opinion so the governments and Chisso can both understand what people really need in this area. Minamata disease happened in such a small town where there are mountains, rivers, and sea where all creatures live,” she said. “Many precious things were taken away.”

There is no safe level of exposure to mercury nor are there cures for mercury poisoning, which at high levels causes irreversible neurological and health damage.

Unborn children and babies are the most vulnerable, along with populations who eat fish contaminated with mercury, those who use mercury at work, and people who live near a source of mercury pollution or in colder climates, where the toxic heavy metal tends to accumulate.

In addition, new research from the University of Geneva reveals that exposure to methylmercury is altering gene expression in algae. Mercury first found at very low amounts in water is concentrated along the entire food chain, from algae via zooplankton to small fish and on to the largest fish – the ones we eat.

By employing molecular biology tools, the scientists measured the way mercury affects the gene expression of algae, even when its concentration in water is very low, comparable to European environmental protection standards.

Working with an algae whose genome has been fully sequenced, they found that mercury disrupted the metabolism of this algae.

Lead researcher Professor Vera Slaveykova points out, “Of the 5,493 genes specifically dysregulated by methylmercury, we don’t yet know the function of 3,569 of them, even though this alga is the most widely studied of all.”

Another new study comparing mercury levels among young women in Asia and the Pacific revealed high traces of mercury in 96 percent of the women tested from Pacific communities with high fish consumption.

The study, “Mercury monitoring in women of childbearing age in the Asia and the Pacific Region,” jointly conducted by the interim secretariat of the Minamata Convention in Geneva, the Biodiversity Research Institute , and the global NGO International Positive Education Network (IPEN).

In contrast to the Pacific Islands, samples from Tajikistan, where fish consumption is very low, had the least amount of mercury overall. In Nepal, elevated mercury levels were found in women with a low fish diet, but who worked making gold-plated religious idols using mercury.

“This study underscores the importance of biomonitoring mercury pollution,” said David Evers, PhD, executive director and chief scientist at BRI and co-author of the study. “Although the subjects in this study represent small selected populations, the information gained contributes to overall global information on mercury concerns.”

“Mercury contamination is ubiquitous in marine and freshwater systems around the world. Biological mercury hotspots are globally common and are related to a variety of human activities,” said Evers. “For these reasons, it is critical that we continue biomonitoring efforts to track potential impacts on local communities and on the environment in order to evaluate the effectiveness of the Minamata Convention.”

Regardless of U.S. ratification of the Minamata Convention in 2013 under President Barack Obama, the Trump administration’s Environmental Protection Agency (EPA) is reconsidering a Obama-era EPA rule that set the first national limits to protect public health from mercury emissions.

Environmental and health organizations, concerned citizens and industry representatives from across the United States came to Washington, DC, July 31 to speak at an EPA public hearing on its proposal to indefinitely delay the requirements of the 2015 Steam Electric Effluent Limitation Guidelines.

The reconsideration is being carried out in response to the coal-fired power industry’s concerns.

In his testimony, Waterkeeper Alliance President Robert F. Kennedy Jr. countered the utilities’ claims that making these investments would cause harm, comparing the harm to industry profits to the lasting developmental harm that mercury has on children.

Kennedy, an attorney specializing in environmental law, questioned the basis for EPA’s hearing, saying, “This hearing is illegal. I know the Clean Water Act and Administrative Procedure Act backwards and forwards. Nothing in there gives you authority to suspend a rule. There has already been a rulemaking that gave us the limits that EPA is now trying to destroy.”

EPA is expected to finalize its decision on delaying the requirements of the ELG rule later in August.

The Waterkeeper Alliance says it is prepared to challenge EPA in court if the agency continues to roll back protections.

The first meeting of the Parties to the Minamata Convention on Mercury will be held September 24 to 29 in Geneva.

Featured Image: There is no safe level of exposure to mercury, and young children are most at risk. Japan, 2007 (Photo by Jim Epler)