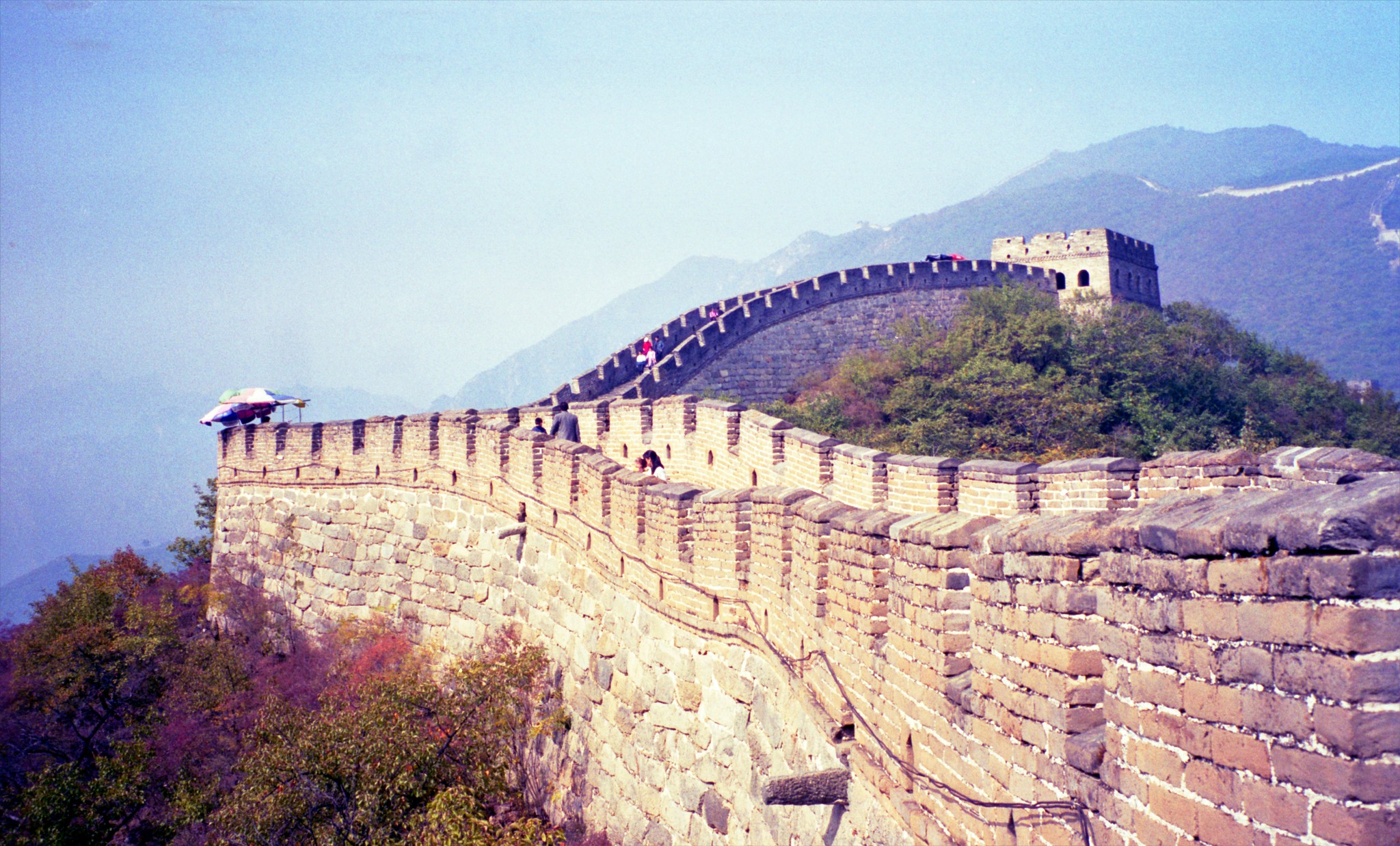 A small portion of the Great Wall of China, begun in the 8th century BC, which now stretches more than 20,000 kilometers (13,171 miles) across China’s historical northern border. November 30, 2020 (Photo by “found_in_a_attic”) Creative commons license via Flickr

BRUSSELS, Belgium, October 14, 2021 (Maximpact.com News) – People tend to think that 40 to 50 percent of all e-waste is recycled, but in reality we recycle just 17 percent of our obsolete or broken electronic devices. Today, on International E-Waste Day 2021, waste management experts are asking households, businesses, and governments to get more dead or unused electronic devices to facilities where they can be repaired or recycled to recover precious metals and reduce the need to mine new resources.

This year’s mountain of waste electronic and electrical equipment, or WEEE, is expected to total about 57.4 million tonnes, a weight greater than that of the Great Wall of China, Earth’s heaviest built object.

“Many factors play a role in making the electrical and electronics sector resource efficient and circular,” Leroy said. “But one thing stands out: as long as citizens don’t return their used, broken gear, sell it, or donate it, we will need to continue mining all-new materials, causing great environmental damage.”

The biggest organization of its kind in the world, the WEEE Forum is a Brussels-based for-impact, not-for-profit international association representing 45 producer responsibility organizations across the globe.

The goal is to turn the extended producer responsibility principle into an effective electronic waste management policy approach through combined knowledge of the technical, business and operational aspects of collection, logistics, de-pollution, processing, preparing for reuse and reporting of e-waste.

In 2020, WEEE Forum member organizations reported collection and proper de-pollution and recycling of 2.8 million tonnes of WEEE, a huge effort that dealt with but a small fraction of the waste electronic and electrical equipment.

Last year’s Global E-waste Monitor reported that 53.6 million metric tonnes of WEEE were generated in 2019 – a 21 percent jump in the five years since 2014.

Experts have warned that the amount of electronic and electrical waste generated globally will reach almost 60 million metric tonnes this year.

The WEEE Forum predicts that e-waste could reach 74 million metric tonnes by 2030. The prediction does not surprise those who have heard this statistic – in average homes across Europe, one in six electronic items is broken or unused.

In Europe, where the e-waste problem is best studied, investigations show that 11 of the 72 electronic items in an average household are no longer in use or are broken. Another five kg of unused electrical and electronic products are hoarded in a typical European home before being discarded, WEEE Forum explains.

WEEE Ireland points out that the average Irish household has between 15 and 20 broken and unused electrical items lying around.

WEEE Ireland CEO Leo Donovan told “The Independent” newspaper, “When you add it up, 5kg equates to a kettle, a laptop that won’t power up, a smartphone beyond repair, an unplayable small gaming device and that kitchen blender in the back of the cupboard that hasn’t worked for years.”

A Belgian family has an average of 77 appliances, of which 10 are no longer being used, according to the e-waste collection and processing agency Recupel.

Another study estimates that 54 to 113 million mobile phones alone, weighing 10 to 20 tonnes, are tucked away in drawers, cabinets and cupboards in French homes.

Meanwhile, in the United States, where many mobile phones are recycled, the Environmental Protection Agency estimates that more than 151 million phones a year – roughly 416,000 a day – are trashed and end up incinerated or landfilled. An estimated 40 percent of heavy metals in U.S. landfills come from discarded electronics.

By weight discarded big appliances such as stoves and refrigerators constitute the largest component of the e-waste problem, which continues despite decades of efforts by governments at many levels.

The EU, for example, has comprehensive Extended Producer Responsibility legislation in place, consisting of targets and legal responsibilities, but member states struggle to achieve them for several reasons, as documented by UNITAR and the Brussels-based WEEE Forum in a report, WEEE Flows study and vision.

Surveys show a widely-held public misconception that about 40-50 percent of all e-waste is recycled, yet only 17.4 percent of e-waste was known to be properly treated and recycled in 2019.

Precious Metals Hidden in These Mountains

The value of EEE components in the world’s “urban mines” is enormous, says Ruediger Kuehr, director of the Sustainable Cycles (SCYCLE) Programme and Head of UNITAR’s Office in Bonn, Germany.

SCYCLE conducts and shares comprehensive and practical research to help societies reduce environmental damage caused by the production, use, and disposal of waste, including discarded electrical and electronic equipment.

“A tonne of discarded mobile phones is richer in gold than a tonne of gold ore,” Dr. Kuehr asserts.

“Embedded in one million cell phones, for example, are 24 kg of gold, 16,000 kg of copper, 350 kg of silver, and 14 kg of palladium – resources that could be recovered and returned to the production cycle,” he says. “And if we fail to recycle these materials, new supplies need to be mined, harming the environment.”

“Moreover, the recovery of gold and other material from waste saves a lot of carbon dioxide emissions when compared with virgin metal mining,” says Kees Baldé, senior programme officer of the United Nations University’s SCYCLE Programme.

High-value, recoverable materials conservatively valued at US$57 billion – more than the Gross Domestic Product of many countries – were mostly dumped or burned in 2019 rather than being collected for treatment and reuse, Baldé said.

Successfully raising collection rates requires everyone to be involved, including consumers, the WEEE Forum explains.

“Awareness is one of the key motivators for people to take action on e-waste,” says Magdalena Charytanowicz of the WEEE Forum in charge of International E-Waste Day.

“This is why on 14 October we hope to reach as many citizens worldwide as possible and urge the proper disposal of end-of-life electronics by encouraging campaigns and awareness activities such as e-waste collections, school lectures, and social media outreach,” Charytanowicz said. “Even the smallest action promoting sound e-waste collection, repair, reuse or recycling is welcome in the frame of International E-Waste Day.”

“Consumers,” she plans, “want to do the right thing but need to be adequately informed and a convenient infrastructure should be easily available to them so that disposing of e-waste correctly becomes the social norm in communities.”

African countries are working with WEEE Forum to bring e-waste issues into their national agendas.

Both Botswana and Namibia currently have an e-waste policy under approval phase, whereas Malawi is in a stakehoders’ consultation process to start developing one. Within this context it is paramount to adopt a comprehensive approach and include data and quantification capacity to support the policy work.

The three-day workshops were held during April-May 2021 and were attended by all the main stakeholders in the countries.

They helped participants build capacity and knowledge, improve the quality, understanding, collection and interpretation of e-waste data and learn and experiment with the UNU/UNITAR methodology to measure e-waste.

The countries will start compiling harmonized national e-waste statistics and establish the basis for a quantitative assessment model and for the development of National E-waste Monitors, and enhance cooperation among stakeholders at the national level.

E-waste and the Internet: An Information Gap

The rising world demand for data and digital services appears to be changing the e-waste landscape according to two recent studies.

A 2020 European impact study on Information and Communication Technology https://bit.ly/3A9gzyC ordered by the European Commission found that “video on demand, movies, social media clips and game streaming take up close to 85 percent of the bandwidth of the data centres.”

Meanwhile, a joint “thought paper” published by the WEEE Forum and the International Telecommunication Union (at https://bit.ly/3o5pRcz) on International E-waste Day 2020 underlines that economic circularity is esstial for managing e-waste.

All this and the dawning uses of cloud computing, 5G, self-driving cars, blockchain, machine learning and other areas of artificial intelligence require an ever-growing number of servers – millions of them in data centers.

“Smartphones continue to be at the centre of data use growth, as they generate most of the mobile data traffic – 95 percent projected in 2025. Traffic growth is driven both by the rising number of smartphone subscriptions and increasing average data volume per subscription, fueled primarily by higher resolution video content viewing.”

WEEE and the ITU report that product manufacturers have a major role to play in e-waste reduction and recyling alongside that of consumers.

“Fast mobile phone development has led to a market dependency on rapid replacement of older devices,” the thought paper states, then gives a quick, but not easy, program for handling the mountains of e-waste.

“Internet Waste” author Rosie McDonald of the ITU states, “Mobile devices affect the environment in many ways over their lifetimes, but the impact can be reduced and spread over a longer period by applying circular economy principles, including production control, device reuse, remanufacture and recycling, and improved circular design involving component material selection, standardization and modularization for easier disassembly.”