Dealing with the world’s waste crisis 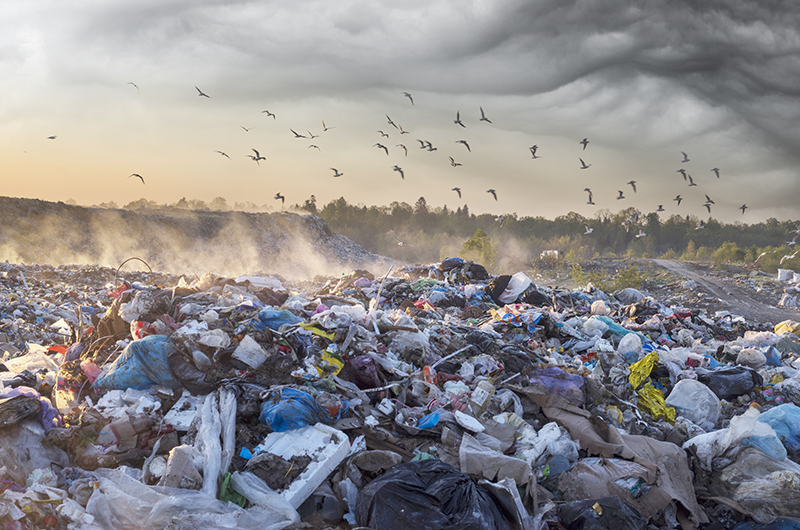 Each year people across the globe produce billions of tons of waste. It is estimated that 2.01 billion tons of solid waste was produced in 2016 and the World Bank predicts that by 2050, that could rise to 3.4 billion tons. The more urbanised a country is the more trash and waste it produces. In still-urbanising cities, many in Asia and Africa, the amount of trash produced is expected to double as a result of population growth, urbanisation and increased consumption. The world’s trash is reaching crisis levels and as more and more trash is produced every day how we deal with it is going to become a crucial priority for countries around the globe.

While the world produces billions of tonnes of rubbish every year, it is estimated that only 16% of this is recycled while a massive 46% is disposed of unsustainably. Global studies have found that China and India, who are home to 36% of the global population, account for 27% of global waste. Meanwhile the US is said to produce an average of 773kg of waste per person each year, which adds up to almost 12% of all global waste. It is shocking to think that US citizens produce three times more waste per person than people in China and up to seven times more waste per person than people living in Ethiopia. The UK isn’t far behind, producing 482kg of household waste per person every year.

However, as the amount of waste they produce increases, countries do not have the appropriate systems in place and are struggling to deal with the efficient collection and disposal of waste. According to World Bank statistics, developing countries tend to spend more money on waste collection than on waste disposal and the collection methods they are investing in are still not as efficient as they need to be in order to manage their waste effectively. It is estimated that cities in developing countries can spend between 20% to 50% of their budgets just to deal with waste management.

And the problem isn’t limited to developing nations, even in first world countries who have space and resources to manage their waste, solutions such as landfills and incinerators can put added stress on the environment. In the US it is estimated that about $200 billion a year is spent on solid waste management.

[Pull quote: In the US it is estimated that about $200 billion a year is spent on solid waste management – what a waste!]

Adding to the waste problem is that a large portion of the world’s waste isn’t being collected or disposed of correctly. World Bank statistics show that around the world unregulated or illegal dumpsites serve about 4 billion people and hold more than 40% of the world’s waste. Waste that is not collected causes other problems, it clogs up rivers and drains, it gets discarded in the ocean or if left in urban areas it can lead to illness and infections. One of the main problems is the need to put appropriate measures in place to deal with the reality of the growth in waste. Countries tend to spend more money dealing with the problem of waste collection, but they don’t invest in proper waste management, which is a real problem.

Since the early 1990’s many countries such as the US, UK, Canada, Australia and parts of Europe have shipped their unwanted waste to China mostly to be recycled. It is estimated that in recent years the US sent about 4 000 shipping containers of waste to China every day, which added up to almost a third of all of the US’s recycling. However, in 2018 China announced that it will no longer be accepting the world’s trash. In an effort to deal with their own local pollution China has placed a ban on the import of 24 types of solid waste, which includes most forms of paper and plastic. While other Asian countries like India, Vietnam and Indonesia may take some of this waste, it is estimated that millions of tons of recyclable materials will have nowhere to go and will pile up in their countries of origin. And as one scientist points out, even if other countries in Asia do take some of this waste, “most of them lack the infrastructure to manage their own waste let alone the waste produced by the rest of the world.” Without anywhere for waste to be shipped to, countries will have to implement solutions to deal with waste themselves.

Finding solutions to the waste problem

So what is the solution to the waste crisis? One of the key factors is to firstly ensure that waste gets collected for disposal. Once it is collected, different disposal and management solutions can be put in place. One popular solution is to burn trash as a way of generating electricity. This method, however, is expensive as emissions produced during burning need to be treated, and it also produces greenhouse gases which cause damage to the atmosphere. Another solution is to sort trash for recycling. This can be labour intensive, but there are new technologies which are helping to automate the process. In a town in Sweden for example, a waste collection company uses near-infrared beams to identify different types of plastic. The plastic items are removed, and the non-recyclable packaging and organic waste are sent to an incinerator where they are burned to produce power. There are other solutions being developed including growing bacteria and natural enzymes to break down plastic as well as companies who are developing alternatives to plastic products. One of the key solutions of course is going to be educating people to consume and produce less waste overall. The more people can cut back on their waste the easier the problem becomes to manage. Changing behaviours so that communities are encouraged to reduce and recycle waste is going to be crucial to managing the waste crisis.

If you want to be part of the solution to the waste crisis the Maximpact training on waste management will enlighten you on all the essential elements of waste management. The comprehensive course covers the assessment of situations, to finding solutions to creating and delivering sustainable waste management projects. By applying the acquired knowledge and provided tools to your local contexts you will be able to assess and understand how and why waste management systems often fail and what steps can be undertaken to make them more efficient and sustainable.

Sign up for the next waste management training course today.