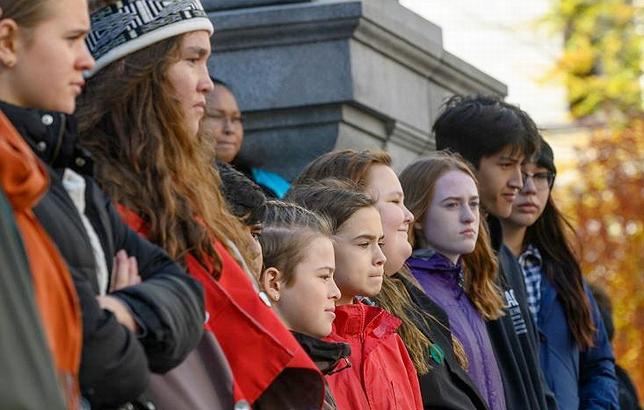 Young Canadian plaintiffs, ages 7 to 19, in a new climate change lawsuit against the Government of Canada stand on the steps of the Vancouver Art Gallery to announce their case, October 25, 2019 (Photo by Robin Loznak courtesy David Suzuki Foundation) Posted for media use.

VANCOUVER, British Columbia, Canada, October 31, 2019 (Maximpact.com News) – At this moment, young people under the age of 30 are motivating the world’s seven billion people to adopt environmental responsibility across the planet in many ways – in the courts, in the streets, and by engineering innovative solutions to persistent problems.

More than a dozen young Canadian activists filed a climate change lawsuit against the federal government on October 25, claiming Ottawa has transgressed their fundamental rights by contributing to the warming of the planet, and demanding a national plan to curb greenhouse gas emissions.

The lawsuit from the group of 15 young Canadians, ages seven to 19, is the latest move in a new legal strategy that seeks to hold governments across the world accountable for the consequences of climate change. It is led by well-known youth climate activist Sierra Robinson, 17; elderly environmental activist, broadcaster and scientist David Suzuki; and his daughter Severn Cullis-Suzuki, 40.

The plaintiffs gathered on the steps of the Vancouver Art Gallery Friday morning to announce their lawsuit. They introduced themselves, one at a time, by name, age, home and climate concerns. Each spoke about losing their everyday lives to the consequences of a changing environment – wildfires, floods, drought and crop failure.

“I don’t want to die before I even get a chance to live,” said Sàj Starcevich, 13, of Melfort, Saskatchewan. 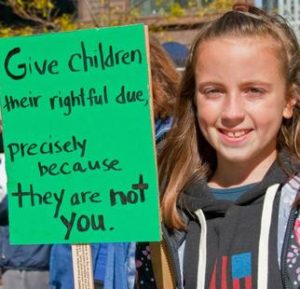 A supporter of the Youth Climate lawsuit against the United States Government joins a rally in Chicago, Illinois, October 29, 2019. (Photo by Charles Edward Miller) Creative Commons license via Flickr

The young people claim they have “suffered specific, individualized injuries” due to climate change and high greenhouse gas emissions in Canada. They claim the government has infringed on their constitutional rights to life, liberty and security of the person by doing nothing as the climate warms.

The lawsuit filed in a federal court in Vancouver alleges that, “despite knowing for decades” that carbon emissions “cause climate change and disproportionately harm children,” the government continued to allow emissions to increase at a level “incompatible with a stable climate capable of sustaining human life and liberties.”

Similar legal action has been taken in India, Pakistan, Norway, Uganda, the Netherlands and the United States.

In the United States, 21 young people filed a constitutional climate lawsuit, called Juliana v. U.S., against the federal government in the U.S. District Court for the District of Oregon in 2015. Earth Guardians is an organizational plaintiff in the case, which is still making its way through the courts against the legal obstructions brought by the Trump Administration.

Their complaint asserts that, through the U.S. government’s actions that cause climate change, it has violated the youngest generation’s constitutional rights to life, liberty, and property, as well as failed to protect essential public trust resources.

The youths involved claim that the U.S. government’s actions are causing climate change, and therefore, their constitutional right to life, liberty and property is being violated.

The group of attorneys behind the legal action, known as Our Children’s Trust, of Eugene, Oregon, is working to support youth and attorneys around the world to develop and advance legal actions that will compel science-based government action on climate change in their own countries.

“The success of our partners include Norway’s successful adoption of a public trust-based constitutional climate amendment; Urgenda’s big court win in the Netherlands mandating specific national emission reductions; and the Supreme Court of Pakistan allowing young Rabab Ali’s constitutional climate case to proceed on behalf of the public and future generations,” says Our Children’s Trust on its website.

At the Vancouver climate lawsuit rally on October 25, young Swedish climate activist Greta Thunberg, 16, got roars of approval from the crowd of over 10,000 when she told them, “Together, we are unstoppable.”

Just four days later, Thunberg refused to accept a prestigious environmental award and monetary prize, saying the climate movement does not need awards, but instead needs people in power to start to “listen” to “science.”

The young climate activist, who has rallied millions to her “Fridays for Future” movement, begun by her lonely protests in the snow outside the Swedish Parliament, was honoured at a Stockholm ceremony held by the Nordic Council, the 87-member official body for co-operation among the Nordic parliaments.

She was nominated for the Nordic Council Environment Prize by both Sweden and Norway and won this annual environment prize of 350,000 Danish kroner (about $52,000 or €46,800), the TT news agency reported.

But after the announcement, a representative for Thunberg told the audience that she would not accept the award or the prize money.

In a post on Instagram from the United States, Thunberg said she was honoured by the award, but explained, “The climate movement does not need any more awards. What we need is for our politicians and the people in power start to listen to the current, best available science.”

“The movement that Greta is spearheading is influencing and inspiring an entire generation. This is worthy of respect,” Wallmark said. “There is good cause for everyone, also outside of Nordic co-operation, to listen to her and the other voices that are demanding action.”

Wallmark said the Nordic Council will now think carefully about what to do with the prize money.

Back in British Columbia, within a week after the youth climate lawsuit was announced the British Columbia provincial government introduced changes to strengthen its Climate Change Accountability Act.

“B.C. is establishing strong planning and reporting requirements for its actions to fight climate change,” said Andrew Radzik, energy campaigner for the nonprofit Georgia Strait Alliance . “These will demonstrate in detail what is being done to curb carbon emissions and deal with climate risk to our province, and evaluate whether those measures are working.”

The Institution of Engineering and Technology (IET) has named the winners of its global engineering challenge, which asked young entrepreneurs to develop an innovative solution to help clean up the estimated 18 billion pounds of plastic waste that enters the oceans each year.

The winning teams from both challenges will receive a £500 cash prize, a trophy and an all-expenses-paid trip to attend the IET’s Innovation Awards ceremony in London.

Working with Greenpeace and GreenSeas Trust, the IET set two very different challenges. One looks at reusable packaging in supermarkets and the other tackles the trillions of cigarette butts now in our waters, with teams needing to resolve one of these issues to win the chance of working with organisations that can make a real difference.

Single-use plastic and cigarette butts are the biggest threats to oceans and marine life, all the groups agree. 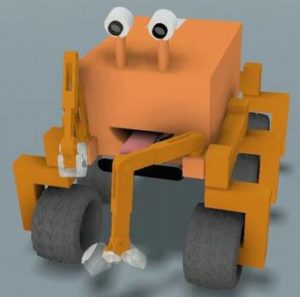 KRABB-E, the winning device invented by Team Baywatchers from England, is designed to collect cigarette butts from UK beaches. (Photo
courtesy Institution of Engineering and Technology) Delivered via email for media use

Livesey, who is a mechanical design engineer at the UK Atomic Energy Authority, explains, “We wanted to enter as we thought the challenge could have a real positive and global impact, and we’re delighted to have won! We were quite surprised but glad all of our hard work has paid off.”

“Engineering and technology is so vital to help tackle environmental change – we can use it to fix problems that we’ve already caused – like with the use of KRABB-E – but also to monitor and inform new technologies, helping to change behaviours and how we interact with our environment,” said Livesey. 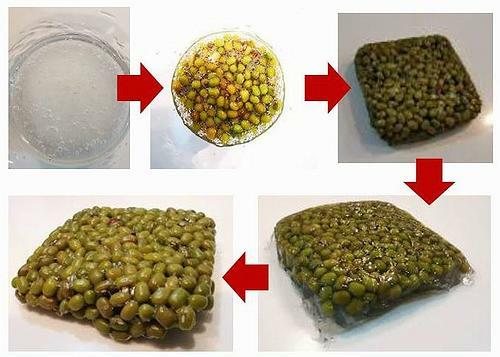 The PICAS block, the winning system by Team NanoMalaysia, provides an alternative for packing dried, loose food products like peas by using starch and carrageenan, a thickener extracted from red edible seaweeds, to create dissolvable food blocks. (Photo courtesy Institution of Engineering and Technology) Delivered via email for media use

NanoMalaysia project leader, Ivan Ling, who works at the University of Southampton Malaysia, says, “We’re extremely honoured to be chosen as the winner for this prestigious award. We never thought a small team like ours would have the chance to travel to the UK – it’s very exciting. We plan to develop the PICAS block further and hope to have it commercialised in the near future.”

The IET is one of the world’s largest engineering institutions with over 169,000 members in 150 countries. It is also the most interdisciplinary to reflect the increasingly diverse nature of engineering in the 21st century. Energy, transport, manufacturing, information and communications, and the built environment: the IET says it covers them all.

Said Dr. Peter Bonfield, IET president, “This competition is all about giving young engineers a platform to highlight their innovations. By shining a light on a particular problem we’ve found that engineers think outside of the box and come up with innovative solutions.”

“I’d like to congratulate Baywatchers and NanoMalaysia for their fantastic concept. Previous winners of this challenge have gone on to see their innovations become a reality, so this is a great way to make a difference and solve a real-world challenge.”