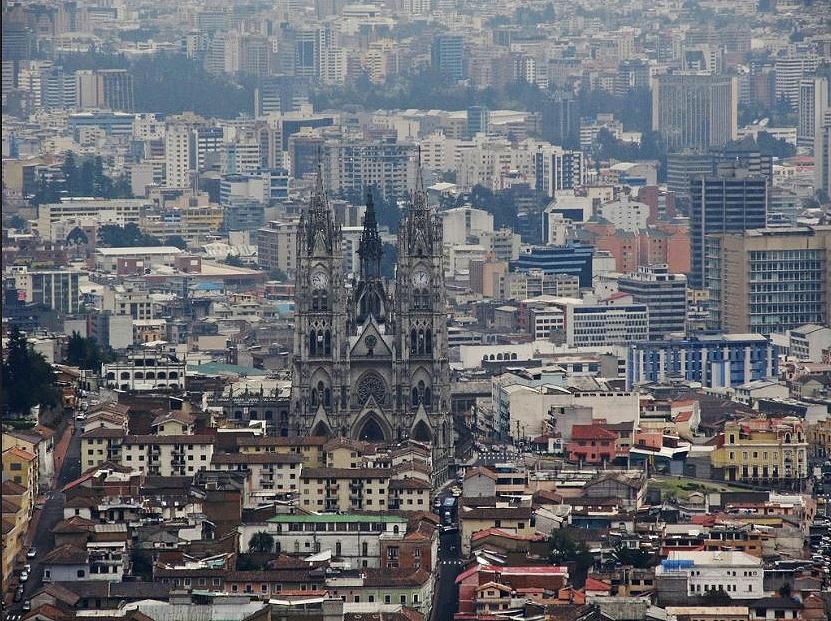 QUITO, Ecuador, November 1, 2016 (Maximpact.com News) – Habitat III, the United Nations Conference on Housing and Sustainable Urban Development, has wrapped up in Quito, Ecuador, as delegations adopted the New Urban Agenda, a new framework that details how cities should be planned and managed to best achieve sustainability. 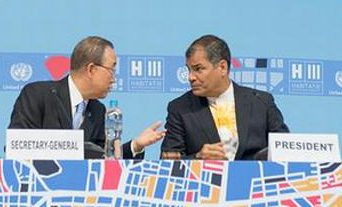 Up to 70 percent of the world’s population will live in urban areas by 2050, experts project.

Hosted by the city of Quito from October 17-20, and attended by Ecuador’s President Rafael Correa and UN Secretary-General Ban Ki-moon, the Habitat III conference drew around 36,000 people from 167 countries.

The New Urban Agenda is contained in the Quito Declaration on Sustainable Cities and Human Settlements for All. It states, “By 2050 the world urban population is expected to nearly double, making urbanization one of the 21st century’s most transformative trends. As the population, economic activities, social and cultural interactions, as well as environmental and humanitarian impacts, are increasingly concentrated in cities, this poses massive sustainability challenges in terms of housing, infrastructure, basic services, food security, health, education, decent jobs, safety, and natural resources…“ 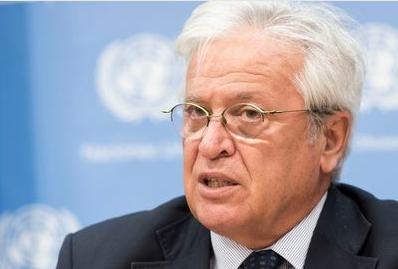 “We have analyzed and discussed the challenges that our cities are facing and have [agreed] on a common roadmap for the 20 years to come,” said Joan Clos, secretary-general of the conference and executive director of the UN Human Settlements Programme, usually called UN-Habitat.

Clos, who was mayor of Barcelona, Spain from September 1997 to September 2006, said the New Urban Agenda should be seen as an extension of the 2030 Agenda for Sustainable Development, agreed by 193 UN Member States in September 2015.

The Sustainable Development Goals (SDGs) recognize the power of cities and towns to be the engine for sustainable growth in the future, a concept further emphasized in the New Urban Agenda.

The ambitious New Urban Agenda is guided by these interlinked principles:

On the sidelines of the Habitat III formal discussions, dozens of side events and parallel events brought partners together to debate the more intricate areas of urbanization, such as the right of women and youth to the city, the importance of public space and how to finance the New Urban Agenda.

Among its 175 sections, the New Urban Agenda states, in Section 66, “We commit to adopt a smart city approach, which makes use of opportunities from digitalization, clean energy and technologies, as well as innovative transport technologies, thus providing options for inhabitants to make more environmentally friendly choices and boost sustainable economic growth and enabling cities to improve their service delivery.“

Section 75 states, “We commit to strengthening the sustainable management of resources – including land, water (oceans, seas, and freshwater), energy, materials, forests, and food, with particular attention to the environmentally sound management and minimization of all waste, hazardous chemicals, including air and short-lived climate pollutants, greenhouse gases, and noise – in a way that considers urban-rural linkages and functional supply and value chains vis-à-vis environmental impact and sustainability, and strives to transition to a circular economy, while facilitating ecosystem conservation, regeneration, restoration and resilience in the face of new and emerging challenges.“

Above all, Clos said, the New Urban Agenda is, “A commitment that we will all together take the responsibility … [for the] direction of the development of our common urbanizing world.“

To further reach out to cities, foster the exchange of best practices and the development of urban strategies, the European Commission has launched a new web portal for cities.

Urban stakeholders can also get clear information on financing opportunities under the different EU funding instruments and on events related to urban development.

The new portal is intended to help cities to address challenges such as affordable housing, energy efficiency or accessibility, by making the most out of EU funding opportunities.

In addition, the new Urban Data Platform, hosted on the Knowledge Centre for Territorial Policies operated by the Joint Research Centre, provides a single access point to common indicators on the status and trends in over 800 European urban areas – on demography, economic development or access to services.

This database will enable urban authorities and stakeholders to compare data, benchmark and monitor, which is one of the aims of the New Urban Agenda.

European Commission Vice-President for Energy Union Maroš Šefcovic said, “Over 70 percent of the EU’s population lives in urban areas; it is here where the transition to a green economy is being decided.”

“Cities play a crucial role in the activation of citizens and consumers and in promoting change by investing in energy-efficient renovation of buildings, making transport more sustainable, raising citizens’ awareness, implementing new technologies, supporting vulnerable consumers and much more. Therefore we are launching instruments which will enable cities to experiment with new ideas and see if they are feasible and useful,” Šefcovic said.

In partnership with UN Habitat, the Commission has released the State of European Cities Report. It supports the New Urban Agenda by assessing the performance of European cities with regards to its priority themes: jobs and skills, fight against poverty, shift towards a low-carbon economy.

At the heart of the EU’s Urban Agenda, 12 partnerships allow cities, Member States, EU Institutions, NGOs and business partners to work together on an equal basis to find common solutions to improve quality of life in European urban areas.

By January 2017, four new partnerships will be launched: on circular economy coordinated by Oslo, Norway; on digital transition coordinated by Estonia; Oulu, Finland; and Sofia, Bulgaria; on urban mobility coordinated by the Czech Republic and Karlsruhe, Germany, as well as on jobs and skills coordinated by Romania, Rotterdam, The Netherlands, and Jelgava, Latvia. The Commission will report back to the Council on the partnerships by the end of 2017.

“To transform our world, we must transform its cities,” said UN Secretary-General Ban Ki-moon in a statement commemorating World Cities Day, which is observed each October 31 since 2014.

“Local action is essential to realizing the potential of these global agreements,” Ban said. “On World Cities Day, let us renew our resolve to confront urban problems and forge lasting solutions. Together, we can show how success in cities inspires change across the world.“