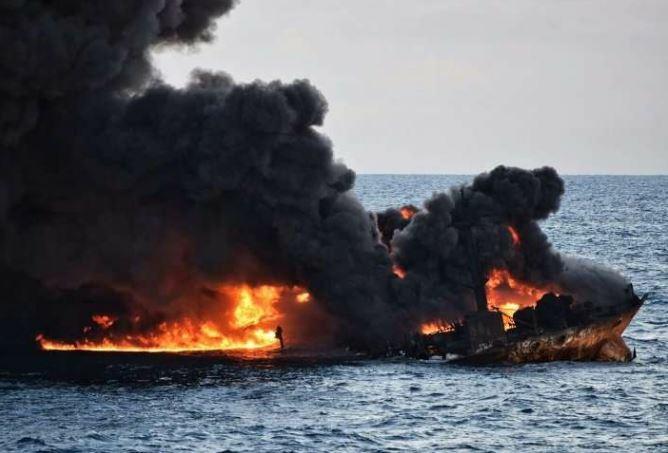 The burning oil tanker Sanchi emits smoke and flames as it burns at sea off the coast of eastern China, January 2018 (Photo credit IRNA)

QUEBEC CITY, Quebec, Canada, April 10, 2018 (Maximpact.com News) – An enzyme derived from bacteria has been found to clean soil or water contaminated by oil spills in an effective, simple and eco-friendly way.

Oil spills from pipelines and tankers, oil wells and drilling platforms and the devastating impact they have on the environment worry scientists, insurers and environmental activists alike.

One of the worst recent ongoing spills is going into its fourth month and is still not cleaned up.

The Sanchi oil tanker collision and sinking in the East China Sea occurred on January 6, 2018. The Panamanian-flagged, Iranian-owned tanker Sanchi, with a full natural-gas condensate cargo of 136,000 tonnes (960,000 barrels), was sailing from Iran to South Korea, when it collided with the Hong Kong-flagged cargo ship CF Crystal 160 nautical miles (300 km) off Shanghai, China.

The Sanchi caught fire shortly after the collision. After burning and drifting for over a week, it sank on January 14.

A slick 13 kilometres long by 11 kilometres wide formed on the sea surface, pushed toward Japan by high winds, and efforts to contain it were begun by ships surrounding the spill.

Condensate is a volatile, highly toxic material harmful to the environment. In addition to the slick on the water’s surface, the sinking of the Sanchi means that as the remaining condensate cargo and an estimated 2,000 tonnes of bunker oil, a heavier form of fuel oil, are emanating from the wreck, contaminating the ocean depths.

The part of the East China Sea affected by the spill is where edible fish spawn at that time of year, and is a migration path for whales.

This incident was compared in magnitude with the Exxon Valdez oil spill in Prince William Sound, Alaska in March 1989, but is smaller in size than the world’s largest oil spill, the three-month-long Deepwater Horizon spill in the Gulf of Mexico in 2010.

Widespread and serious though the damage may be, the solution could be microscopic – Alcanivorax borkumensis, a rod-shaped bacterium that feeds on hydrocarbons such as natural-gas condensate. 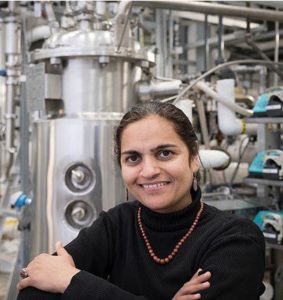 Professor Satinder Kaur Brar and her team at the Institut National de la Recharche Scientifique (INRS) have done lab tests showing the effectiveness of enzymes produced by A. borkumensis in degrading petroleum products whether in soil or in water.

Their results, published in the current issue of “Biochemical Engineering Journal” offer hope for an effective, environmentally harmless method of decontaminating water and soil at oil spill sites.

Scientists from Brown University and the University of Rhode Island have also investigated A. borkumensis, a dominate bacterium in marine environments that contain high hydrocarbon levels. This team is exploring how the bacterium can be supported to naturally and effectively degrade spilled oil.

In 2015, the Brown-URI team conducted laboratory experiments across oil-water interfaces to observe the responses of A. borkumensis to the presence and absence of nitrogen.

They found that A. borkumensis grew faster when the oil-water interface was supplemented with dissolved organic nitrogen. Nitrogen reduced the time it took bacteria to enter an exponential growth phase and increased bacteria’s growth rate and oil degradation rate.

In recent years, researchers have sequenced the genomes of thousands of bacteria from various sources, seeking the perfect candidate for the difficult task of cleaning up oil spills.

INRS research associate Dr. Tarek Rouissi pored over technical data sheets for many bacterial strains. He focused on the enzymes the bacteria produce and the conditions in which they evolve.

A. borkumensis, a non-pathogenic marine bacterium, aroused his curiosity. The microorganism’s genome contains the codes of a number of interesting enzymes and it is classified as “hydrocarbonoclastic,” a bacterium that uses hydrocarbons as a source of energy.

A. borkumensis is present in all oceans and drifts with the current, multiplying rapidly in areas where the concentration of oil compounds is high, which partly explains the natural degradation observed after some spills.

“I had a hunch,” Rouissi said, “and the characterization of the enzymes produced by the bacterium seems to have proven me right!”

During its evolution, A. borkumensis has accumulated specific enzymes that degrade almost everything found in oil. Among these, the bacteria’s enzymes known as hydroxylases stand out from those found in other species.

To test the microscopic cleaner, the INRS research team purified a few of the enzymes and used them to treat samples of contaminated soil.

“The degradation of hydrocarbons using the crude enzyme extract is really encouraging and reached over 80 percent for various compounds,” said Professor Brar.

“The process is effective in removing benzene, toluene, and xylene, and has been tested under a number of different conditions to show that it is a powerful way to clean up polluted land and marine environments,” she explained.

Next, Brar’s team will investigate how these bacteria metabolize hydrocarbons and explore their potential for decontaminating sites.

One of the advantages of the approach developed at INRS is its application in tough-to-access environments, which present a major challenge during oil spill cleanup efforts.

This research was funded by Natural Sciences and Engineering Research Council of Canada, and Techno-Rem Inc, a Quebec company that provides engineering services for groundwater management, characterization and environmental restoration. 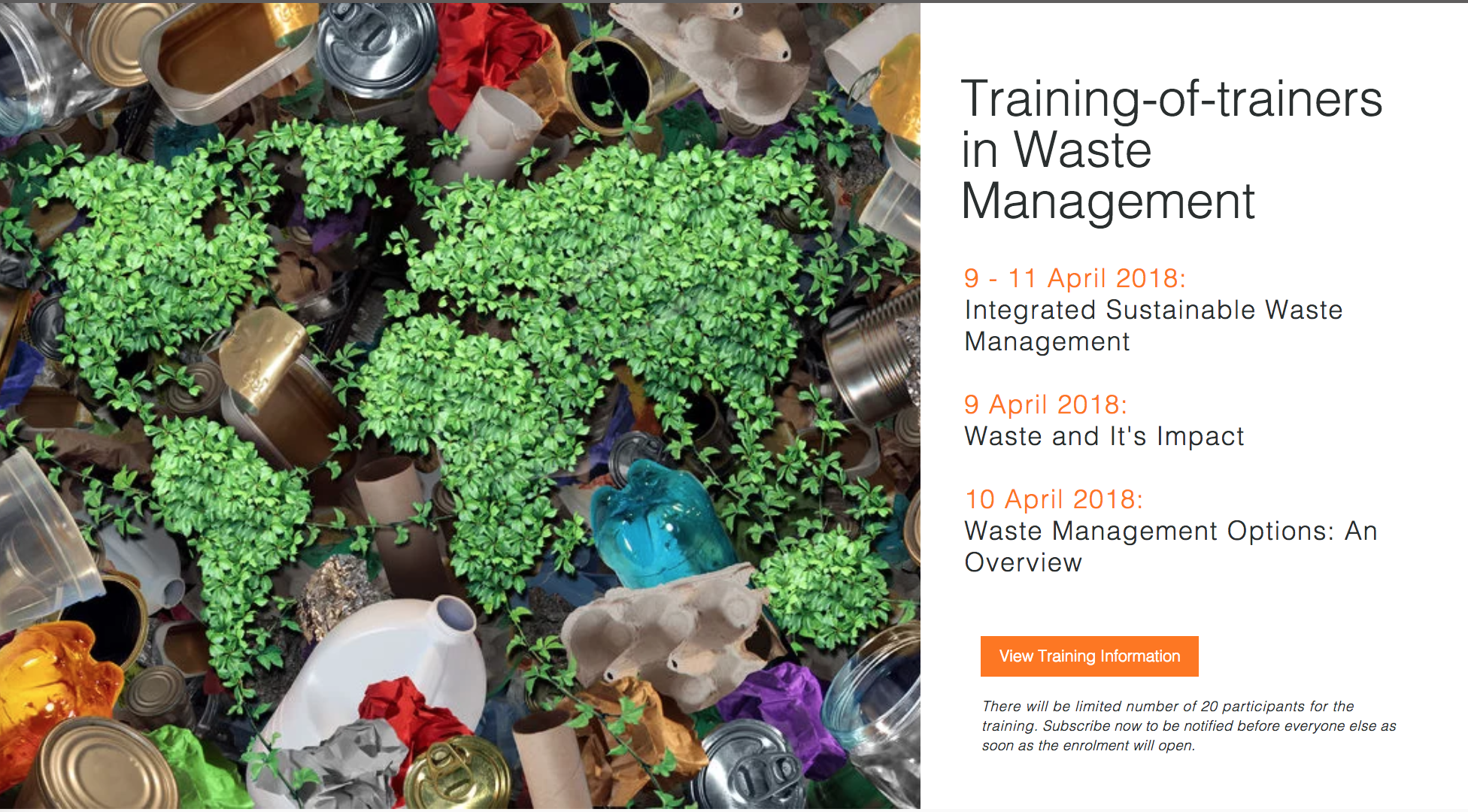