Big Wave of Support for Our Oceans 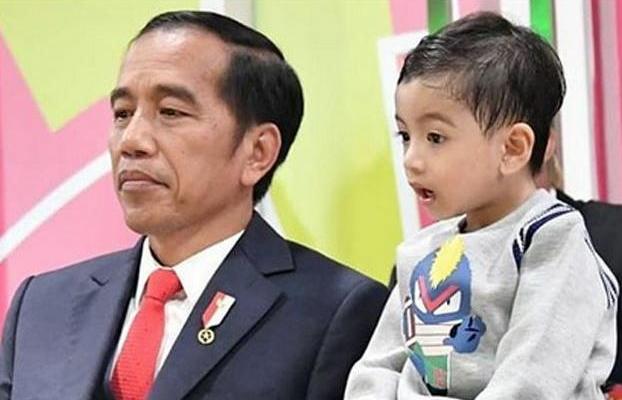 Indonesian President Joko Widodo and inheritor of Our Ocean legacy at the Our Ocean Conference, Blai, Indonesia, October 30, 2018 (Photo by Tekno Tempo.co) Posted for media use.

NUSA DUA, Bali, Indonesia, October 30, 2018 (Maximpact.com News) – Financial contributions are rolling in to fund dozens of initiatives aimed at healing and protecting the oceans at the fifth annual Our Ocean Conference held on the Indonesian island of Bali October 29-30.

Our Ocean, Our Legacy is the theme of this year’s Our Ocean Conference, reflecting human choices and actions to maintain the sustainability of ocean resources and to preserve our ocean’s health as a heritage for future generations.

Opening the conference Monday, Indonesian President Joko Widodo said his government has met its commitment of conserving 20 million hectares of territorial seas two years earlier than the projected date of 2020.

“We must be brave in making commitments and in undertaking concrete actions that start from each of us,” President Widodo said in his opening address.

He said Earth’s maritime resources are valued at an estimated US$24 trillion.

In recognizing the importance of oceans to many lives and the future of the Earth, the president listed the challenges – illegal unregulated and undocumented (IUU) fishing, piracy, human trafficking, drug smuggling, pollution and slavery.

Data from the UN Food and Agriculture Organization shows about 26 million tons of fish worth US$10-23 billion have been caught illegally per year, Widodo said.

He worries that unless overlapping maritime claims are resolved through negotiations and based on international law, they may pose a threat to stability.

The president is concerned about ocean health. “Our ocean is threatened by plastic debris, water pollution, destruction of coral reefs, warming of sea temperature, the rise of sea-levels, and so forth,” he said.

“Do not be too late to take actions in protecting our ocean. One single country cannot resolve the challenges alone,” said Widodo. “All countries must collaborate in tackling the problems and in optimizing the benefits of the oceans for common good.”

The European Union made 23 new commitments at the conference, announcing €300 million of EU-funded initiatives. They include projects to tackle plastic pollution, make blue economy more sustainable and improve research and marine surveillance.

This contribution comes on top of the over €550 million committed by the European Union, when it hosted the Our Ocean conference last year in Malta.

“No country can succeed alone in this endeavour,” said Mogherini. “It requires determination, consistency and partnerships, within and outside our European Union, and it is in this spirit that today we renew the commitment to protect our oceans.”

The European contributions include €100 million for R&D projects to tackle plastic pollution and €82 million for marine and maritime research, such as ecosystem assessments, seafloor mapping and innovative aquaculture systems.

The new EU action also includes a €18.4 million investment to make the European blue economy – the economic sectors that rely on the ocean and its resources – more sustainable.

European Commissioner Karmenu Vella, responsible for Environment, Maritime Affairs and Fisheries said, “We need the oceans and the oceans need us. We have to urgently reduce marine litter and other sources of pollution, halt illegal fishing and support fragile marine ecosystems. We have to develop our blue economy – create sustainable jobs and growth – supported by cutting-edge research and new technologies. It is for this reason that we are making these commitments.”

The EU’s showpiece Earth observation program Copernicus is high on the list of new commitments. The program’s support will be enlarged with another €12.9 million for maritime security and for research dedicated to coastal environmental services, in addition to the €27 million Copernicus funds devoted at Our Ocean 2017 conference.

Marine litter in China, Indonesia, Japan, the Philippines, Singapore, Thailand and Vietnam, will be fought with a €9 million EU-funded project. Another €7 million will go towards protection of marine ecosystems in Southeast Asia.

As one of its commitments, the European Commission is joining forces with United Nations Environment Programme and other international partners to launch a coalition of aquariums to fight plastic pollution.

The 2017 Our Ocean conference in Malta was a game changer, mobilizing funding and ocean action at an unprecedented scale.

The European Union has already delivered on almost half of EU’s 35 commitments made at the last year’s conference, equalling €300 million.

The EU is now working with Indonesia and future hosts of Our Ocean conferences to keep the momentum going for cleaner and safer seas.

The commitments are only one of the ways by which the European Commission works to accelerate the shift towards circular economy.

On January 16 the EU adopted the first-ever Europe-wide strategy on plastics.

On May 28 new EU-wide rules were proposed to target the 10 single-use plastic products most often found on Europe’s beaches and seas, as well as lost and abandoned fishing gear. The European Parliament endorsed the proposal on October 23. The endorsement was accompanied by the “Ready to change” awareness-raising campaign supported by many aquariums.

Bloomberg and Dalio Give US$185 Million

In a video message at the Our Ocean Conference, UN Special Envoy for Climate Action Michael Bloomberg and OceanX , founded by Dalio Philanthropies President Ray Dalio, announced their new partnership to align and increase their support for the oceans.

Bloomberg and OceanX’s first joint project will be an expedition to the Northeast Canyons and Seamounts Marine National Monument on OceanX’s marine research and exploration vessel, the Alucia, to explore the region, demonstrate the importance of the marine national monument and illustrate the need for marine conservation across the globe at a time when the oceans require our critical attention.

The effort will be seeded by a combined four-year commitment of over US$185 million.

“More than three billion people depend on the oceans for food and their livelihoods. That means threats to marine ecosystems – like climate change and overfishing – also threaten lives around the world,” said Bloomberg. “We’re teaming up with OceanX to ensure that ocean conservation receives the attention it deserves.”

Wildlife Conservation Society (WCS) President and CEO Dr. Cristián Samper commented, “The Our Ocean Conference provides a crucial forum for raising concern about the plight of the world’s marine realm and exploring ways we can protect this vast but limited source of biodiversity and sustenance.”

The nonprofit WCS is a partner of Bloomberg Philanthropies “Vibrant Oceans” coral reef initiative to protect a portfolio of reefs most likely to endure warming ocean temperatures.

“Protecting the health and vitality of coral reefs, among the most biodiverse habitats on earth, is crucial to conserving the earth’s marine biodiversity,” Samper said. “Over the next four years, WCS will leverage its scientific and conservation expertise to conserve coral reefs in nine sites in the coastal waters of Fiji, Indonesia, and Tanzania, hardy ecosystems that were chosen because their reefs exhibit a resilience to increasing sea surface temperatures due to climate change.”

At the same time, WCS will work with communities and national authorities in these and other countries to strengthen monitoring, governance and build effective policies for managing coral reefs over the long term.

“Crucial to saving the world’s coral reefs will be successful partnerships with local community residents who rely on marine resources for health and well-being,” said Samper.

“WCS will continue to work with local partners to identify and reduce threats to reefs while maintaining livelihood options and food security for coastal towns and villages. By taking action at both regional and local levels, we can help preserve the ocean as an irreplaceable natural legacy for future generations.”

The 2018 Our Ocean Youth Leadership Summit was held on October 29-30 at the Tanjung Benoa Hall of the Bali Nusa Dua Convention Center.

The summit was attended by 189 participants aged 17 to 35 who hail from 52 countries. They were selected from 500 candidates representing 56 countries.

The event featured seminars and interactive discussions at the breakout room, focusing on areas of action such as sustainable blue economy, marine pollution, marine protected areas and maritime security.