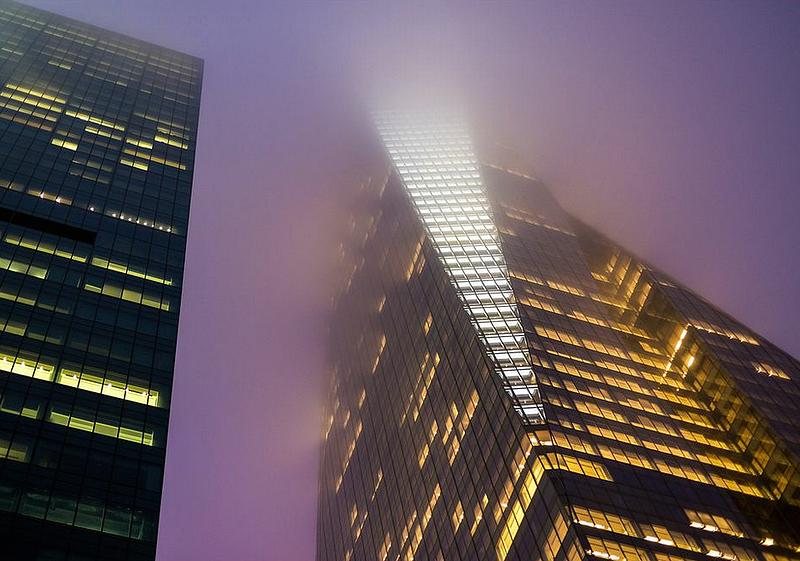 The big six – Bank of America, Citi, Goldman Sachs, JPMorgan Chase, Morgan Stanley and Wells Fargo – said in a joint statement released Monday, “While we may compete in the marketplace, we are aligned on the importance of policies to address the climate challenge.”

“Over the next 15 years, an estimated $90 trillion will need to be invested in urban infrastructure and energy,” the banks stated. “The right policy frameworks can help unlock the incremental public and private capital needed to ensure this infrastructure is sustainable and resilient.”

Matt Arnold, managing director and head of social and sustainable finance at JPMorgan Chase, said, “Significant investments in urban infrastructure and energy will need to be made over the next two decades.”

From November 30 to December 11, France will be hosting and presiding over the 21st Session of the Conference of the Parties to the United Nations Framework Convention on Climate Change (COP21).

COP21 will be a crucial conference. There, world leaders are expected to achieve a new international agreement on the climate, applicable to all countries, with the aim of keeping the increase in global warming below 2°Celsius as compared to pre-industrial times.

“We call for leadership and cooperation among governments for commitments leading to a strong global climate agreement,” the American banks stated jointly. “Policy frameworks that recognize the costs of carbon are among many important instruments needed to provide greater market certainty, accelerate investment, drive innovation in low carbon energy, and create jobs.”

“Morgan Stanley believes that the capital markets can and must play a positive role scaling solutions to global challenges,” said Audrey Choi, managing director and CEO of the Morgan Stanley Institute for Sustainable Investing.

“The demand for financial tools that address climate change is strong and growing,” said Choi, “and we are committed to continued leadership across a range of climate-focused capital markets activity, including financing for clean-tech and renewable energy businesses, underwriting green bonds, and ensuring our wealth management clients have options to align their portfolios with their environmental goals.”

As the bank executives offered their views of a universal climate agreement to be signed in Paris and take effect in 2020, the word “opportunities” arose repeatedly.

Valerie Smith, director of Corporate Sustainability at Citi, said, “We are increasingly working with our clients across various sectors to not only manage and mitigate risks but also recognize opportunities associated with addressing climate change.”

“Businesses across the spectrum are evaluating the risks and opportunities associated with a changing climate – and taking action,” said Mary Wenzel, head of Environmental Affairs at Wells Fargo.

The banks said they are committing “significant resources” toward financing climate solutions but that these resources are not sufficient to meet global climate challenges. 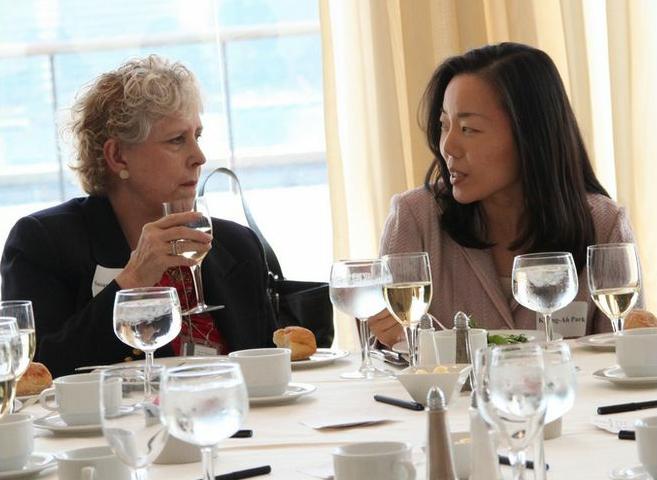 Kyung-Ah Park, head of the Environmental Markets division at Goldman Sachs, said, “One of the critical roles financial institutions play in helping to address climate change is to harness market mechanisms to mobilize much needed capital to facilitate the transition to a low carbon future and build greater physical resiliency. Governments can help markets by establishing a clear, stable policy framework that creates value for these investments and facilitates innovation.”

Across the Atlantic Ocean, the European Bank for Reconstruction and Development (EBRD) is scaling up its contribution to the global fight against climate change with an increase in green financing over the next five years.

The EBRD aims to increase its green financing to around 40 percent of total annual investments by 2020 compared with a target share of 25 percent over the previous five years.

EBRD President Sir Suma Chakrabarti said, “The international community has a unique chance this year to deliver a decisive set of measures to combat climate change. With its long experience as a leader in climate finance, the EBRD is making an important contribution to this collective stand through its Green Economy Transition approach.” 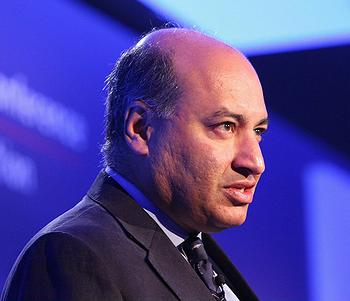 Across the Pacific Ocean, Asian Development Bank (ADB) President Takehiko Nakao announced September 25 that his bank will double its annual climate financing to US$6 billion by 2020, up from the current $3 billion. Nakao said ADB’s spending on tackling climate change will rise to around 30 percent of its overall financing by the end of this decade.

One thought on “Biggest Banks Back Strong Global Climate Deal”