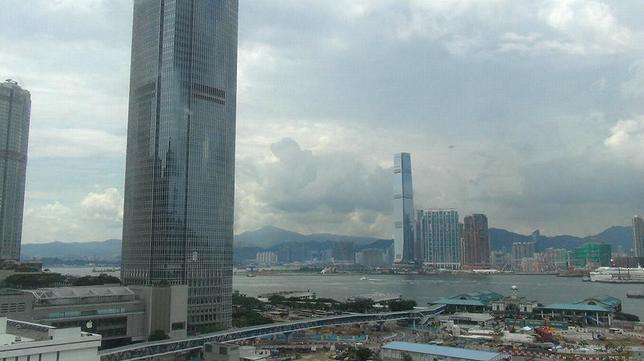 HONG KONG, China, November 6, 2015 (Maximpact News) – Green building is one of the best ways to combat climate change, since globally, “Buildings account for about a third of CO2 emissions, and these will continue to rise under a business-as-usual scenario,” Bruce Kerswill told delegates to the World Green Building Congress 2015 at the Crowne Plaza Hong Kong Kowloon East late last month.

In his role as chair of the World Green Building Council (WorldGBC), Kerswill said the Council is “galvanising the green building movement through a commitment to reduce 84 gigatonnes of C02 from the buildings sector by 2050.”

He explained that this effort is needed to limit global temperature rise to within 2°C above pre-industrial levels. World leaders agreed on this target as a matter of urgency at the 2009 United Nations climate talks in Copenhagen.

At this year’s UN climate talks in Paris in December, where a universal, legally-binding deal to set emissions limits will be signed, the WorldGBC will hold the first-ever Buildings Day.

There, the WorldGBC will unveil the detailed commitments of Green Building Councils around the world to build green as a means of controlling global warming while creating social and economic benefits.

The Hong Kong Green Building Council (HKGBC), and other green building councils around the world are determining their own targets ahead of the Paris talks, formally known as the 21st Conference of Parties to the UN Framework Convention on Climate Change, or COP21.

At this year’s climate negotiations, there is a special focus on cities, writes Mark Ginsberg for the U.S. Green Building Council. “Many of us have long realized that cities are a logical place to address global issues. More people are living in cities than ever before in history, and urbanization is relentlessly growing. Cities consume two-thirds of the world’s energy and create more than 70 percent of global CO2 emissions. Cities have also been leaders in innovation and problem solving.”

In Hong Kong, to an audience of green building leaders from 30 countries attending the Congress, the HKGBC proudly announced a milestone. Over the past five years, more than 200 million square feet (19 million square metres) of Gross Floor Area has been registered under the environmental accreditation system BEAM Plus New Buildings and Existing Buildings.

BEAM, the Building Environmental Assessment Method, is the Hong Kong rating tool for green buildings. This voluntary private sector initiative conceived in 1996, has developed into an internationally recognized suite of rating tools for green buildings including new buildings, existing buildings and interiors for shops, offices, retail.

BEAM Plus includes the six aspects of a project: site aspects, energy use, indoor environmental quality, materials aspects, water use, and innovations and additions.

Cheung Hau-wai, vice chairman of the HKGBC and a member of the Construction Industry Council, commented, “This is a significant achievement accomplished by the collaboration between private and public sectors in Hong Kong.”

“With the growing awareness of the public about energy efficiency and the benefits that the BEAM Plus system can bring to the users, we expect to see continued support from the private sector and other stakeholders to build more green buildings that meet the BEAM Plus standards said Cheung. “It will enable us to make further contribution in energy saving and CO2 emission reduction.”

Looking ahead, HKGBC has set its Green Building Targets for the next five years to:

China is adding nearly two billion square meters of floor space each year while in India, two-thirds of the buildings which will exist in 2030 haven’t yet been built,” she said. “In both countries, and in the region, we have the opportunity to build better and greener buildings.”

The head of the Green Building Council Indonesia (GBCI) told the Hong Kong Congress delegates that 140 registered buildings are about to receive a green building certification.

GBCI Chair Naning Adiwoso said that until July 2015, only 14 Indonesian buildings had been certified as green. The demanding certification process usually takes six to 12 months, depending on the building’s design.

There are currently eight new green buildings in Indonesia and five developing buildings that have already received a green certification from GBCI. And, 15 more buildings have claimed to be eco-friendly.

One thought on “Building a Green Path Toward Sustainable Cities”