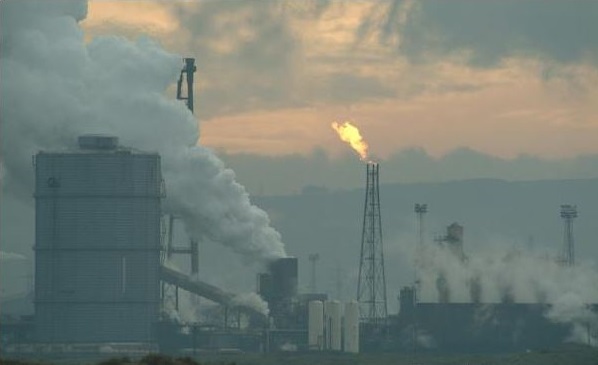 WASHINGTON, DC, April 26, 2016 (Maximpact.com News) – “There is a growing sense of inevitability about putting a price on carbon pollution,” said World Bank Group President Jim Yong Kim on the eve of the April 22 signing ceremony at UN Headquarters of the Paris Climate Agreement.

Kim joined government and corporate leaders in issuing a set of fast-moving goals – to expand carbon pricing to cover 25 percent of global emissions by 2020, and achieve 50 percent coverage within the next decade.

“In order to deliver on the promises of the historic Paris Climate Agreement, a price on carbon pollution will be essential to help cut emissions and drive investments into innovation and cleaner technologies,” said Kim.

“Prices for producing renewable energy are falling fast, and putting a price on carbon has the potential to make them even cheaper than fuels that pollute our planet,” he said.

Currently, some 40 governments and 23 cities, states and regions put a price on carbon emissions, accounting for 12 percent of annual global greenhouse gas emissions. This is a three-fold increase over the past decade. 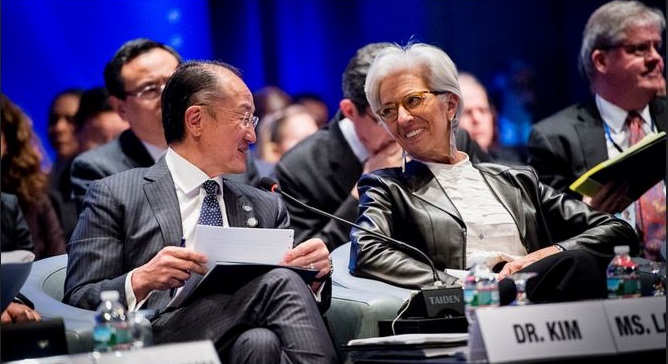 First, the number of countries and businesses that participate in a carbon pricing system needs to increase.

Second, prices need to be significant enough to account for pollution as an operating cost, and incentives for investments in low carbon solutions need to be established.

And third, better links between the various regional and national pricing systems already in place need to be set up.

The cap helps ensure that the required emission reductions will take place to keep all emitters within their pre-allocated carbon budget.

A carbon tax directly sets a price on carbon by defining a tax rate on greenhouse gas emissions or on the carbon content of fossil fuels. It is different from an ETS – the emission reduction outcome of a carbon tax is not pre-defined but the carbon price is.

Other forms of pricing carbon emissions can occur through fuel taxes, the removal of fossil fuel subsidies and regulations that incorporate a “social cost of carbon.”

Greenhouse gas emissions also can be priced through payments for emission reductions. Private entities or sovereigns can purchase emission reductions to compensate for their own emissions (so-called offsets) or to support mitigation activities through results-based finance.

In any case, say the carbon pricing leaders, carbon emissions must be priced so that pollution becomes an operating cost.

Speaking at this month’s high level meeting of the Carbon Pricing Leadership Coalition, the IMF’s Lagarde emphasized the value of cutting emissions.

“If the top 20 emitters in the world were to impose carbon charges that reflect only their domestic and environmental benefits, this would already reduce global emissions by over 10 percent,” she explained.

The Carbon Pricing Leadership Coalition is a global initiative that includes more than 20 national and state governments, more than 90 businesses, and civil society organizations and international agencies, aims at garnering public-private support for carbon pricing around the world.

As 175 world leaders signed the Paris Agreement at United Nations Headquarters on April 22, Earth Day, UN Secretary-General Ban Ki-moon said the next critical step is to ensure that the landmark accord for global action on climate change enters into force as soon as possible.

“Today is an historic day,” Ban told reporters after the signing event. “This is by far the largest number of countries ever to sign an international agreement on a single day.”

Ban said the participation by so many countries and the attendance by so many world leaders leaves “no doubt” that the international community is determined to take climate action. He also welcomed the strong presence of the private sector and civil society, saying they are “crucial to realizing the great promise of the Paris Agreement.”

Adopted in Paris by the 196 Parties to the UN Framework Convention on Climate Change at a conference known as COP21 last December, the Agreement’s objective is to limit global temperature rise to well below 2 degrees Celsius, and to strive for 1.5 degrees Celsius.

It will enter into force 30 days after at least 55 countries, accounting for 55 per cent of global greenhouse gas emissions, deposit their instruments of ratification.

“If all the countries that have signed today take the next step at the national level and join the Agreement, the world will have met the requirement needed for the Paris Agreement to enter into force,” Ban said, congratulating the 15 governments that have already deposited their instruments for ratification.

Ban has said, “We must put a price on pollution and provide incentives to accelerate low carbon pathways. Market prices, market indices, and investment portfolios can no longer continue to ignore the growing cost of unsustainable production and consumption behaviors on the health of our planet.”

At the Spring Meetings of the World Bank Group earlier this month in Washington, DC, Kim said more action is needed on carbon pricing to help halt global warming and spur more investments into clean technologies.

“The current situation won’t put us on a pathway to limiting global warning. We need greater ambition, and greater leadership,” he said.

Globally, momentum for putting a price on carbon emissions is growing. At least 90 countries included mention of carbon pricing in their national plans, called the Nationally Determined Contributions (NDCs), prepared for the Paris climate conference.

In addition, more than 450 companies around the world report using a voluntary, internal price on carbon in their business plans and more plan to follow suit in the next two years.

The number of implemented or scheduled carbon pricing plans has nearly doubled since 2012, amounting to a total value of US$50 billion.