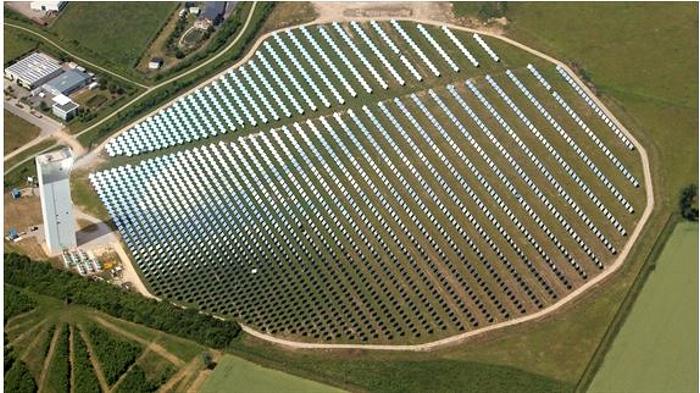 HAMBURG, Germany, July 7, 2017 (Maximpact.com News) – The German Presidency of the G20 meeting in Hamburg this week has put energy and climate high on the agenda as civil society groups call for 100 percent renewable energy across Europe by 2030.

Addressing NGOs in June, German Chancellor Angela Merkel gave her view of the importance of climate in the G20 talks this year. “What we need to do is pool various interests, so that we can find answers to the big questions of our time. One of these is protecting the climate,” she said. “The aim is to as rapidly as possible reduce the carbon emissions of our economies.”

“The Paris Agreement and the 2030 Agenda for Sustainable Development will guide us along the way,” said Merkel. “I believe this is true more than ever now that the United States has announced it is leaving the Paris Agreement.”

U.S. President Donald Trump announced in June that he is pulling the United States out of the Paris Agreement on Climate, the first global agreement to limit the greenhouse gases emitted by human activities that are sending the global temperature into the record high territory.

Merkel said that as host of the G20 meeting this year the German government has a message for the world. “The message, in a nutshell, is: First, the G20 is assuming responsibility for life here and now – through its partnership with Africa, by tackling the causes of displacement, by fighting terrorism and corruption, and with constant efforts to achieve food security and development.”

“Second,” she said, “the G20 is also assuming responsibility for the world of tomorrow and beyond – by pursuing climate protection, by implementing the ever so important 2030 Agenda, and by shaping digitalization and strengthening global health.”

“All of this is easy to say – but much harder to do,” Merkel acknowledged.

Germany is moving quickly to implement renewables, and on April 30, the country set a new national record for renewable energy use. During part of that day, 85 percent of all electricity used in Germany was produced from renewables: wind, solar, biomass and hydroelectric power.

With these goals in mind, the 25-year-old nonprofit European Association for Renewable Energy, known as Eurosolar, sees renewable energy as central to the G20 discussions, saying it plays “a decisive role for current and future economic structures and dynamics.”

Eurosolar is demanding that the G20 heads of state and government “take concrete steps towards the rapid conversion of the energy industry to 100 percent renewable energy by 2030. This expansion is urgently necessary, and it is also possible,” the association said in a statement this week.

Eurosolar wants a clear commitment “to a decentralized energy supply, which is entirely based on renewable energies.”

With offices in 14 countries including Austria, Italy, Turkey, and Ukraine, Eurosolar says it conducts its work independent of political parties, institutions, commercial enterprises or interest groups.

Eurosolar points to progress on the renewable energy front over the past five years. The share of renewables in power generation grew by 70 percent in the G20 countries from 2011 to 2016 and by 300 percent in the UK. Germany was able to increase its share by 360 percent.

Eurosolar President Professor Peter Droege says the G20 leaders “should remove restrictions on renewable energy in their countries, such as regressive limits, eliminate fossil and nuclear subsidies, and stamp out the systemic corruption that permeates the conventional energy sector and its influence on the captive public policy environment.”

“The governments of the G20 must finally fulfill their responsibilities and show real global leadership by removing all national and international obstacles to the rapid and comprehensive local and regional expansion of renewable energy systems,” said Droege.

“In doing so, they will not only support peace, harmonious development and democratic justice, but also build the necessary foundation for the rapid achievement of the UN Sustainable Development Goals,” he said.

As holder of the G20 Presidency this year, the German government believes that resolutions taken at G20 meetings can move the entire world.

Climate policy is the latest example. After the G7 expressed its commitment to adopting an ambitious world climate agreement in order to limit global warming to a maximum of 2°C, the G20 issued a similar signal in support of this goal.

The United Nations Climate Change Conference in Paris in December 2015 adopted a legally binding international climate agreement, which is designed to keep global warming significantly below 2°C. Germany adopted its national climate plan before the 2016 UN climate conference in Marrakech, Morocco was over last November.

But on behalf of Eurosolar members, Droege says, “Subscribing to the Paris Agreement clearly does not contradict the continued subsidy of coal, gas, oil and uranium.”

Eurosolar sees the Paris Agreement as “an agreement for the de facto promotion of nuclear power.”

Renewable energies are actually mentioned only once in the Paris Agreement, Droege points out, and only in relation to Africa.

However, he argues, a reasonable climate protection agreement is not possible without a decentralized global use of renewable energies.

Many European energy companies are interested in cleaner renewable energy generation that finds success in the marketplace.

In late June, 13 industry leaders and groups, including SolarPower Europe, launched “Make Power Clean,” a joint initiative to promote a European electricity market designed to deliver cleaner energy for all.

The European Union’s electricity market must become more flexible, secure and sustainable to put Europe on track for the energy transition, the group maintains.

The new Make Power Clean initiative supports the European Commission’s proposal for a carbon eligibility criterion in the Regulation on the Internal Market for Electricity, saying it is a most needed step in the right direction.

“We call on the Council and the European Parliament to endorse the 550g CO2/kWh carbon criterion, which is critical to the overall consistency and efficiency of EU climate and energy policy,” said the coalition.

As proposed by the European Commission, making the eligibility for capacity mechanisms conditional to a 550g CO2/kWh carbon criterion is transparent and in line with the European Investment Bank’s investment lending policy.

The carbon criterion is consistent with Europe’s 2030 decarbonization goal and supports the effectiveness of the EU Emission Trading Scheme.

“It is high time,” said Droege of Eurosolar, “to reassign the trillions of dollars in currently wasted armament costs and conventional energy subsidies for peaceful, future-minded purposes and to rapidly implement local energy systems worldwide in the paramount challenge of our times: the fight against the manifest and imminent existential threat of climate change.”

The G20 countries meeting in Hamburg account for 85 percent of all global economic output. They govern more than 62 percent of the world’s population, almost 4.7 billion people.

At the same time, these 19 countries and the European Union are responsible for 80 percent of polluting emissions worldwide.