“To transition to the sustainable energy system of the future, we need to decouple economic growth from greenhouse gas emissions. Energy efficiency is the most important “arrow in the quiver” to achieve this,” writes the Turkish economist and energy expert in the IEA’s new Market Report.

Encouragingly, the IEA report estimates that 40 percent of the emissions reductions required by 2050 to limit the global temperature increase to the world’s agreed target of less than 2 degrees Celsius above pre-industrial levels could potentially come from energy efficiency.

“energy efficiency is poised to be a key component of global inclusive growth along the transition to a sustainable energy system.”

The IEA’s 2015 Energy Efficiency Market Report shows how businesses, households and policy-makers generate the investments that drive the energy efficiency market and how this market impacts the world’s energy system.

As negotiations to achieve a universal climate protection agreement open today in Paris, Birol says “energy efficiency is poised to be a key component of global inclusive growth along the transition to a sustainable energy system.”

For example, when a compact florescent light (CFL) bulb uses one-third to one-fifth less energy than an incandescent bulb to produce the same amount of light, the CFL is considered to be more energy efficient.

The International Energy Agency is pursuing many strategies to improve energy efficiency both among its 29 member governments and with partner countries.

Per capita energy consumption in the IEA countries has dropped to levels not seen since the 1980s, yet income per capita has never been higher, according to the Market Report.

“The ongoing, steady improvement in energy efficiency over the past four decades has been one of the most pronounced and significant changes to the global energy system, yet its impacts go largely unnoticed,” writes Birol in his Foreword to the report.

“Per capita energy consumption in IEA countries has dropped to levels not seen since the 1980’s yet income per capita is at its highest level and access to energy services is continually expanding. This is why energy efficiency is so important. It is improving prosperity with a domestic, clean ‘source’ of energy,” he writes. 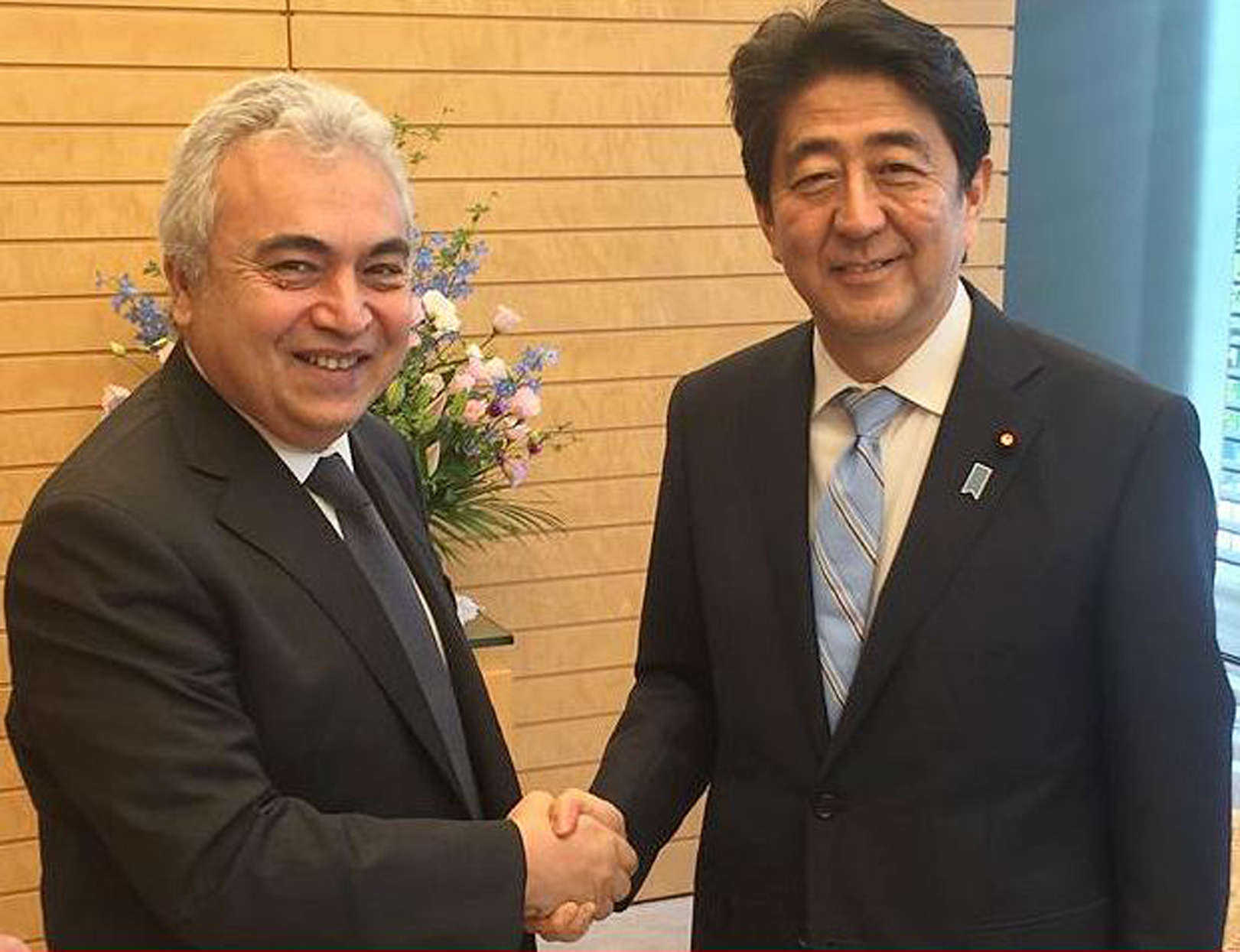 The IEA Market Report states that energy efficiency investments over the last 25 years are the primary reason for this uncoupling of energy consumption from economic growth.

These investments have enabled consumers in IEA countries to spend US$5.7 trillion less on energy, while at the same time receiving higher levels of energy service.

The returns from energy efficiency investments have not been limited to financial gains. The report examines the strategic returns to consumers, industries, utilities and governments from improvements in energy productivity and energy security as well as reductions in greenhouse gas emissions.

In 2014, the estimate of avoided total final consumption (TFC) from energy efficiency investments increased to over 520 million tonnes of oil equivalent (Mtoe).

The IEA reports that “the energy efficiency market is anticipated to grow in the medium term – even in the current context of lower oil prices,” if this market is supported by policies that deliver “strategic returns.”

“This suggests that these countries have successfully decoupled economic growth from energy consumption growth, with energy efficiency being the main contributing factor,” the report states.

For instance, in March, President Barack Obama issued an Executive Order setting new targets for the U.S. Government to cut greenhouse gas emissions by at least 40 percent from 2008 levels by 2025.

U.S. federal agencies have developed strategies to cut their emissions by reducing energy use in their buildings, making their vehicles more efficient, using clean energy sources like wind and solar, and employing energy savings performance contracts.

In the European Union, the 2012 Energy Efficiency Directive establishes a set of binding measures to help the EU reach its 20 percent energy efficiency target by 2020. Under the Directive, all EU countries are required to use energy more efficiently at all stages of the energy chain from its production to its final consumption.

EU countries were required to transpose the Directive’s provisions into their national laws by June 5, 2014.

New national measures have to ensure major energy savings for consumers and industry alike. Energy distributors or retail energy sales companies have to achieve 1.5 percent energy savings per year through the implementation of energy efficiency measures. Large companies must audit their energy consumption to help them identify ways to reduce it.

The IEA reports that subnational governments such as cities and states are emerging as key actors in the efficiency market. The agency gives four examples:

In Paris, France actions taken by the city since 2008 under the Paris Climate and Energy Action Plan have resulted in the saving of about 130 gigawatt hours of power. The Plan stimulated investment of €640 million, creating 1,300 local jobs and 420 jobs elsewhere, according to the IEA report.

Seoul, Korea’s “One Less Nuclear Power Plant” plan reduced municipal energy consumption by 2 Mtoe between 2012 and 2014. The plan promoted energy efficiency as a means to avoid the same volume of energy as could be supplied by a new nuclear plant. Energy efficiency efforts have leveraged over US$1 billion in private energy efficiency investment since 2008.

Tokyo, Japan has implemented transport policies that added 4.9 billion passenger-kilometres while reducing transport energy consumption by 35 percent. Investments in energy efficient public transport in tandem with dense residential and commercial developments have allowed the city to achieve some of the lowest energy intensities of buildings and transport in the OECD.

“As this report describes, the breadth, scale and effect of the energy efficiency market is sizable but it is still only a start,” writes Birol. “We need more more investment, but also more political will and leadership at all levels to grow this market.”

“The potential is there, the benefits are ready to be realised, and the imperative to act is clear,” he writes. “Energy efficiency is poised to be a key component of global inclusive growth along the transition to a sustainable energy system.”

Slide images: A. ThermoLift, recipient of a grant from the U.S. Energy Department’s Buildings Technology Office, uses thermal energy from natural gas to heat and cool efficiently, reducing energy costs by up to 50 percent. (Photo by Matty Greene / U.S. Department of Energy) B. At the 2015 IEA Ministerial meeting Chair U.S. Energy Secretary Ernest Moniz picks out the next speaker, with IEA Executive Director Fatih Birol and Deputy Executive Director Paul Simons to his left and US Department of Energy Assistant Secretary for the Office of International Affairs Jonathan Elkind to his right.

One thought on “Climate Crisis! Energy Efficiency to the Rescue”