Travelers EDGE, which stands for Empowering Dreams for Graduation and Employment, has provided direct financial assistance to support hundreds of college and university students. (Photo by John Walker)

When surveyed about the role of purpose at their companies, 64 percent of this group of CEOs agree that “purpose is a powerful motivator.”

The companies that have tapped into purpose as inspiration for their workforces are seeing the rewards, according to the survey by the business association CECP, The CEO Force for Good – 58 percent of companies with a clearly articulated and widely understood purpose see financial growth of more than 10 percent, and 85 percent of purpose-led companies increased revenue between 2013 and 2016. 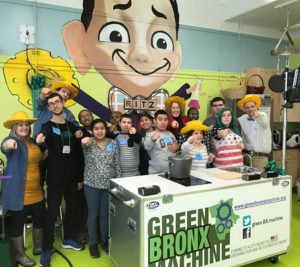 CEDP was founded in 1999 by the late actor and philanthropist Paul Newman (1926-2008) and other business leaders to create a better world through business.

Newman said at the time, “I helped to start CECP with the belief that corporations could be a force for good in society.”

Doing good and doing well proceed in tandem for these companies. Taken together, the more than 200 corporations represent $6.2 trillion in revenues, $18.4 billion in societal investment, 13 million employees, and have $15 trillion in assets under management.

CECP affiliation is by invitation only and is limited to multibillion dollar for-profit companies with a handful of smaller companies that embody the CECP mission.

Now, CECP has delved into its research base to develop insights designed to help guide other companies as they shape their own social strategies.

A new digest of data and insights, “Investing in Society,” is focused on best and most innovative practices drawn from CECP’s coalition.

It examines what actions companies are taking to identify and effectively meet stakeholder needs, and how a unified approach across all business units supports this effort.

Developed from CECP’s original research; findings from the 2017 Giving in Numbers Survey conducted in association with The Conference Board; and drawn from hundreds of monthly discussions with CECP CEOs, and conversations with experts and on-the-ground practitioners.

“CECP’s view is that the world’s leading corporations have emerged as a steadying presence and remain uniquely qualified to continue to drive progress, in spite of unpredictable global circumstances,” said Daryl Brewster, CEO, CECP.

“Investing in society serves as both inspirational and practical as companies seek to strengthen their societal investments and impacts,” Brewster said.

Brewster is far from alone in this belief. According to the 2017 Edelman Trust Barometer,  75 percent of the general population believe that companies can take actions to improve economic and social conditions in their communities, so now, more than ever, business will be expected to stand firm in their commitments.

This 75 percent result comes although the 2017 Edelman Trust Barometer also shows the largest-ever drop in trust across the institutions of government, business, media and NGOs.

Of the four institutions – government, business, media and NGOs – business is viewed as the only one that can make a difference. Three out of four respondents to the Edelman Trust Barometer survey agree a company can take actions to both increase profits and improve economic and social conditions in the community where it operates.

Among those who are uncertain about whether the system is working for them, it is business (58 percent) that they trust most.

Appreciation for steadiness appears to be spreading from Main Street to Wall Street. Top CEOs are relying on a long-term approach to set the context for short-term actions by prioritizing company health and value creation for all stakeholders, not just shareholders demanding strong quarterly returns, says CECP in its guidance for CEOs.

They will address an audience of 200 long-term oriented institutional investors and pension funds, collectively representing $25 trillion in assets under management.

Cultivating volunteers for good causes among their employees, the most successful companies are allowing flexible schedules so their employees can volunteer based on their business’ skills and passions.

“Our dedication to being a strong corporate citizen and improving the communities where we live and work touches every part of our organization,” said Marlene Ibsen of CECP member Travelers Indemnity Company, vice president of community relations at Travelers and CEO and President of the Travelers Foundation. “We’re working to help our communities succeed, from company-sponsored programs like Travelers EDGE® to our passionate employees who logged nearly 118,000 hours of volunteer time in 2016.”

Finally, in a global take away message, the CECP report shows that despite global unrest no company can operate in isolation. CECP says, “All borders are blurred given supply chains and stakeholders. And all companies and countries need to work together to solve the global challenges at hand.”

In 2016, CECP’s Global Exchange continued to work with like-minded organizations in Europe, South America, Asia, and Africa to connect companies with collaborative opportunities to increase their global impact in solving the world’s most pressing problems, based on each region’s unique needs and cultures.

CECP found six approaches among corporations that give to social causes:

Data from the 2017 Giving in Numbers Survey show that, despite an uncertain sociopolitical environment, companies remain committed to increasing societal investments – median total giving increased in 2016.

But getting up in front of an audience is not the most effective practice for sustainable business leadership, said CECP corporate heads; only 17 percent endorsed it.

But companies are not staying silent. Another CECP poll found that 61 percent of companies are sticking to their public advocacy strategy, and more than 20 percent are advancing their support for social issues.

Since 2001, the Giving in Numbers Survey has collected data on corporate social strategy programs globally to provide professionals with the benchmarking and reporting tools to make data-driven decisions about social strategy.

With the release of “Investing in Society,” CECP’s research and data, as well as select reports from industry peers, will now be synthesized in a single presentation available to the public, with an even deeper dive supported by facts and figures available to affiliated companies.