Escaping Migrants Sell What They Have: Their Bodies 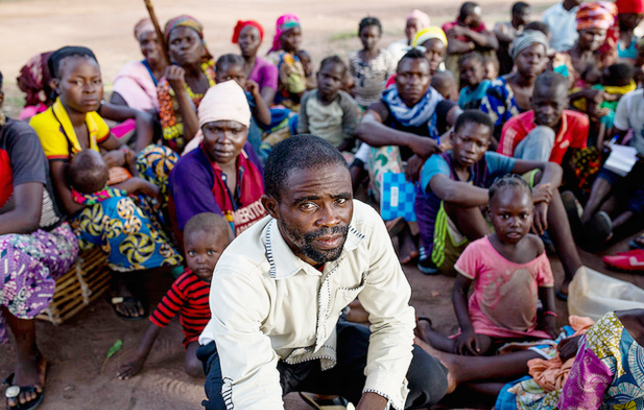 Josias heads the committee of refugees from the Central African Republic living at the Dilingala site, one of the many sites on the southern border of Chad where about 100,000 refugees are hosted. June 25, 2018 (Photo by Dominique Catton courtesy EU Civil Protection and Humanitarian Aid) Creative Commons license via Flickr

ROTTERDAM, The Netherlands, October 7, 2021 (Maximpact.com News) – What’s that in the distance? A yacht? Are you thinking, “Oh, those lucky wealthy people playing on their pleasure boat?” Well, you could be wrong. The people aboard are often migrants desperate to escape violence or natural disaster in their home countries.

On October 4, a yacht sailing with 11 migrants from Albania onboard was stopped off The Netherlands North Sea Coast by Dutch police and customs investigators. Dutch officers arrested the two Ukrainian skippers onboard on suspicion of human smuggling.

The yacht was on its way to Great Britain when it was stopped in the North Sea and was brought to the coastal town of Ouddorp in Zealand. A police spokesman said that recently several boats have been stopped off the Dutch Coast on suspicion of human smuggling and in all the cases the migrants were headed for Great Britain.

The most preferred medium for such human trafficking/smuggling has been the container ships bound for Great Britain sailing from the ports of Rotterdam, Ijmuiden, or Hoek van Holland. Recently, eye witnesses say that human traffickers are using small boats for smuggling people to Europe.

In July, British officials intercepted or monitored nine boats carrying at least 50 people off England’s southeast coast. This outnumbers the collective total of 2019 and 2020, reports Raghib Raza of the vessel tracking service Fleetmon.

“There are intelligence reports that say that the organized criminal gangs have now picked up this lucrative trade where they pack a large number of people on boats and launch them across the longer section of North European coastline, dodging the patrols and booking higher profits,” Raza said.

In an attempt to counter illegal crossings by boat, the French government has capped the sale of diesel and gasoline in small containers in the Calais region.

This year the French have stopped 7,500 migrants from reaching the UK, but more collective effort is needed to put the human smugglers out of business.

On September 27, a rusty, 45-foot long fishing boat, that can safely carry no more than 40 people, arrived with 686 migrants aboard at the island of Lampedusa, Italy.

The UN refugee agency, UNHCR, says this was the highest capacity vessel to arrive at Lampedusa since 2016.

The vessel had sailed from Zuwara, Libya and was intercepted by Italian patrol boats who guided it to the harbor at Lampedusa, reports Raza of Fleetmon.

The migrants are of different nationalities; they hail from Bangladesh, Egypt, Ethiopia, Morocco, Nigeria, Senegal, Sudan, and Syria.

Five migrants needed medical treatment and were sent to a local clinic while the rest were escorted to the overcrowded migrant reception center of Lampedusa.

Toto Martello, the local Mayor, said that as the sea has now calmed down after a few days of bad weather, migrant landings have restarted.

On the morning of September 28, an additional 117 migrants arrived in five more vessels. Italy’s Interior Ministry says that this year roughly 45,000 migrants have arrived on Italian shores, six times more than the total migrant arrival for the first nine months of 2019.

In early September, the Italian Coast Guard rescued 125 migrants who were huddling on a rocky shore of an uninhabited tiny island. Raza says, “These recent arrivals have created an urgency for the Mediterranean countries to put pressure on the European Union for handling migrant flow.”

INTERPOL Cracks Down on Transplant Tourism

A new report from the international policing organization INTERPOL assesses the problem of trafficking in human beings for organ removal, which is driven largely by the global shortage in organs for ethical transplant. The police say that while organ trafficking exists in all regions of the world, it is of particular concern in North and West Africa where impoverished communities and displaced populations are at greater risk of exploitation.

The strategic assessment report provides insight and analysis into the issues so that law enforcement agencies in North and West Africa can work out appropriate responses.

Organized crime groups are known to be behind trafficking in human beings for organ removal, drawn by the substantial profits that can be made.

“Information suggests a wide spectrum of actors are involved in organ trafficking in North and West Africa with connections to the medical sector in countries from Africa and beyond, notably in Asia and the Middle East,” INTERPOL says.

Trafficking in human organs can be done only in the framework of complex networks, due to the required skills of medical specialists, surgeons, and nurses; logistics to match compatible patients and donors; and healthcare facilities such as analytical laboratories, clinics, and operating rooms.

The INTERPOL report shows probable links between transplant tourism – when a patient travels abroad to buy an organ for illegal transplant – and trafficking in human beings for organ removal in North and West Africa.

Organized criminal groups profit from the desperation of the unemployed, migrants, asylum seekers and refugees to coerce them into selling an organ with promises of job opportunities abroad, as well as the use of threats and violence. Victims of human trafficking for sexual and labor purposes also find themselves at additional risk.

Most often, INTERPOL explains, the organ donors receive a smaller amount of the money than had been agreed with the recruiter or broker, and in some cases they may not get any of the promised payment. Many victim-donors have suffered post-operative complications and health issues.

The socioeconomic impact of the COVID-19 pandemic is expected to fuel trafficking in human beings for organ removal as INTERPOL predicts it will likely be easier for brokers to coerce vulnerable individuals to sell an organ to improve their economic conditions.

This situation is complicated by the fact that legal organ donations, and therefore transplants, have suffered major decreases since the outbreak of COVID-19.

“While trafficking in human beings for organ removal is not a new phenomenon, it is underreported due to the clandestine 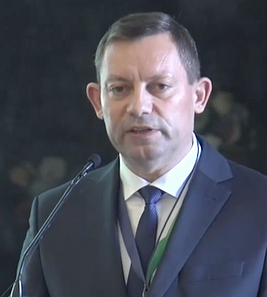 INTERPOL’s Director of Operational Support and Analysis Cyril Gout, December 2, 2017 (Screengrab from INTERPOL video via Facebook) Posted for media use

nature of the crime, combined with a lack of awareness by law enforcement agencies and the deficiency of information sharing channels between the medical and police sectors,” said INTERPOL’s Director of Operational Support and Analysis Cyril Gout.

Project ENACT is funded by the European Union and implemented by INTERPOL and the Institute for Security Studies, in partnership with the Global Initiative Against Transnational Organized Crime.

Across the Atlantic in the United States, President Joe Biden announced in June the formation of a new task force to combat human trafficking and smuggling groups operating in the Northern Triangle countries and Mexico.

“Transnational human smuggling and trafficking networks pose a serious criminal threat. These networks not only seek to profit from the exploitation of migrants, but also routinely expose them to violence, injury, and even death,” Attorney General Merrick Garland wrote in a memo to U.S. attorneys.

“The Joint Task Force will investigate and prosecute those who are criminally smuggling and trafficking individuals into the United States, with a particular focus on individuals and networks that abuse, exploit, or endanger those being smuggled, pose national security threats, or have links to transnational organized crime,” Garland wrote.

Garland’s memo says that from October of 2020 to the end of May 2021, the Department of Homeland Security rescued more than 4,000 migrants at the southwest border who were abandoned by smugglers.

“The Department of Homeland Security is leading the fight against the horrific practices of sex trafficking and forced labor,” said Secretary Alejandro Mayorkas.

“As part of the department’s victim-centered approach, we are committed to providing victims of these crimes, including noncitizen victims, support and necessary services and to seeking justice on their behalf,” Secretary Mayorkas said. “With the release of these new resources, we aim to support and inform law enforcement and businesses across the country, and to protect and assist victims of trafficking.”