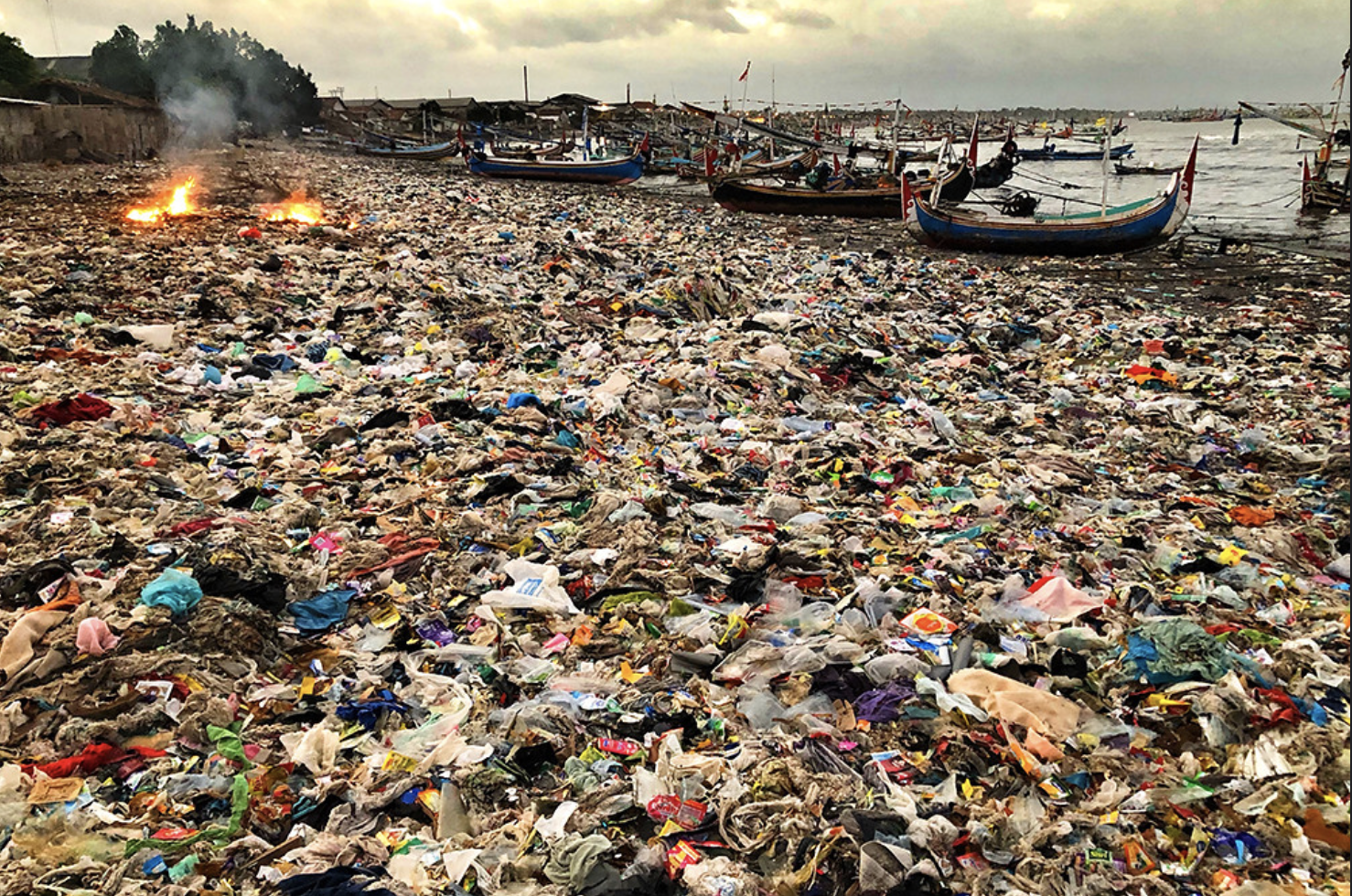 This beach in Java, Indonesia has become an illegal dumpsite for plastic waste. A resident is burning the plastic so it doesn’t enter her house at high tide. November 16, 2021 (Photo by Vincent Kneefel of The Netherlands is part of an online photo exhibition organized by the Basel Convention Plastic Waste Partnership entitled, “In Images: Plastic is Forever.”) Creative commons license via Flickr

GOTHENBURG, Sweden, December 30, 2021 (Maximpact.com News) – Is it possible that plastic waste – so toxic, so pervasive – could just – disappear? If so, this feat will likely be accomplished by microbial enzymes, creatures so small they cannot be seen with the naked eye.

New research shows that microbial enzymes in oceans and soils around the world are evolving to degrade plastic into non-toxic components. The research from Chalmers University of Technology in Gothenburg scanned more than 200 million genes found in DNA samples collected from the environment and found 30,000 different enzymes that could degrade 10 different types of plastic.

Although other scientists have found enzymes that degrade plastics, this study is the first large-scale global assessment of the plastic-degrading potential of bacteria. The scientists found that one in four of the organisms analyzed carried a suitable enzyme.

Globally, at least 8.8 million metric tonnes of plastic waste enter the oceans every year, the equivalent of dumping a garbage truck of plastic into an ocean every single minute, round the clock.

And as the population grows, the amount of plastic waste generated also grows. In Beijing, researchers predicted in a 2020 study that up to 26 billion tons of plastic waste will be produced by 2050, more than half thrown into landfills to finally enter ecospheres, such as oceans and lakes, leading to serious environmental pollution.

The natural processes for plastic degradation are very slow; the lifetime of a PET bottle can be a hundred years.

PET is completely recyclable, and is the most recycled plastic worldwide, according to the New York-based PET Resin Association. Yet, currently it is very difficult to break down plastic bottles into their chemical constituents to make new bottles from the old material, so more new plastic is being created from oil each year.

Even Europe with its high PET recycling rate of 50+ percent, allows roughly half of all PET bottles to enter the waste stream.

The growth and accumulation of plastic waste in the oceans and on land is a truly global problem and there is an increasing need for solutions to manage this waste, many people, from beachgoers to governments, believe.

Enzymes are proteins that act as catalysts to transform one substance into another. Very tiny, these microscopic enzymes are about 1/10th the size of a typical human cell.

The special characteristics of enzymes are exploited for their commercial and industrial applications, and microbial enzymes have proven their utility in bio-industries such as food, leather, textiles, animal feed, and in bio-conversions and bio-remediations.

“The number of microbial enzymes with the ability to degrade plastic is growing, in correlation with local levels of plastic pollution.” That is the finding of a new study from Chalmers University of Technology that measured samples of environmental DNA from around the globe.

The results illustrate the impact plastic pollution is having on the environment, and illustrate potential new solutions for managing the problem.

The problems of global plastic pollution are all too widespread, as mass-production of plastic has exploded over the last 70 years. The Chalmers scientists report that 70 years has been enough “evolutionary time” for various microbes present in the environment to respond to the plastic compounds, and many different enzymes have been discovered in previous studies with the ability to degrade different plastics.

The new study https://journals.asm.org/doi/10.1128/mBio.02155-21 is published in the October 2021 issue of the scientific journal mBIO, under the title, “Plastic-Degrading Potential across the Global Microbiome Correlates with Recent Pollution Trends.”

Analyzing samples of environmental DNA from hundreds of locations around the world, the Chalmers researchers used computer modeling to look for microbial enzymes with plastic-degrading potential. These data were then cross-referenced with the official numbers for plastic waste across countries and oceans.

“Using our models, we found multiple lines of evidence supporting the fact that the global microbiome’s plastic-degrading potential correlates strongly with measurements of environmental plastic pollution – a significant demonstration of how the environment is responding to the pressures we are placing on it,” says Aleksej Zelezniak, associate professor in systems biology at Chalmers.

In other words, the quantity and diversity of plastic-degrading enzymes is increasing, in direct response to local levels of plastic pollution.

The Chalmers scientists found over 30,000 enzyme “homologues” with the potential to degrade 10 different types of commonly used plastics. Enzyme homologues are members of protein sequences sharing similar properties with the enzymes.

Some of the locations that contained the highest amounts of enzyme homologues were highly polluted areas, such as samples from the Mediterranean Sea and South Pacific Ocean.

“Currently, very little is known about these plastic-degrading enzymes, and we did not expect to find such a large number of them across so many different microbes and environmental habitats,” explains Jan Zrimec, first author of the study and former post-doc in Aleksej Zelezniak’s group, now a researcher at the National Institute of Biology in Slovenia. 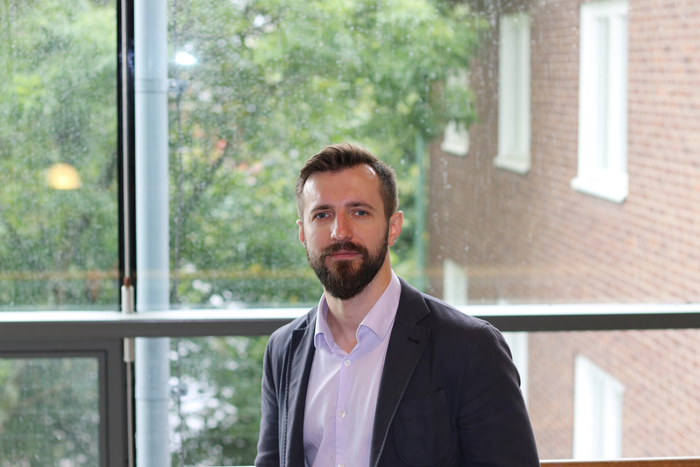 “This is a surprising discovery that really illustrates the scale of the issue,” Zrimec said.

In their paper, the researchers state confidently, “Our study thus uncovers the earth microbiome’s potential to degrade plastics, providing evidence of a measurable effect of plastic pollution on the global microbial ecology as well as a useful resource for further applied research.”

“The next step would be to test the most promising enzyme candidates in the lab to closely investigate their properties and the rate of plastic degradation they can achieve,” Zelezniak explains. “From there you could engineer microbial communities with targeted degrading functions for specific polymer types.”