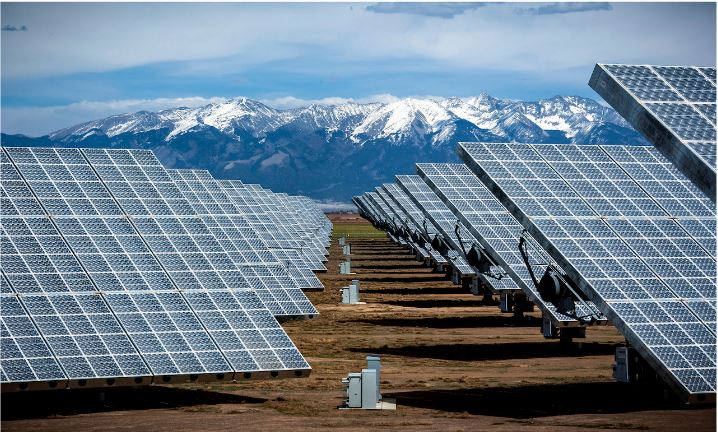 Findings from the new report, “Power Forward 3.0: How the largest U.S. companies are capturing business value while addressing climate change,” are based on 2016 company disclosures to CDP, which holds the world’s largest collection of self-reported corporate environmental data, and other public sources.

“CDP and the investors we work with, representing over US$100 trillion in assets, engage thousands of the world’s largest companies to measure and manage climate-related risks” said Lance Pierce, president of CDP North America.

“Voluntary corporate disclosure highlights the compelling business case for corporate clean energy procurement and clearly demonstrates the transition underway in the energy markets,” said Pierce. “Companies in turn have benefited, identifying billions of dollars in savings and new opportunities through their disclosures to CDP.”

The numbers tell the story.

Sixty-three percent of the largest companies, the Fortune 100, have set at least one clean energy target.

Nearly half of Fortune 500 companies, 48 percent, have set at least one climate or clean energy target, up five percent from an earlier 2014 report.

A greenhouse gas reduction goal is the most common target, set by 211 companies.

More than 20 Fortune 500 companies such as industry giants Wal-Mart, Bank of America, Google and Facebook, have committed to powering all corporate operations with 100 percent renewable energy, compared to only a few mega-companies just a few years ago.

“American businesses are leading the transition to a clean economy because it’s smart business and it’s what their customers want,” said Marty Spitzer, World Wildlife Fund’s senior director of climate and renewable energy. “Clean energy is fueling economic opportunity from coast to coast without regard for party line. Washington policies may slow this boom, but these companies are making it very clear that a transition to a low-carbon economy is inevitable.”

American corporate giants are taking these steps despite the climate denial policies of President Donald Trump and his cabinet. Trump has threatened to pull the United States out of the Paris Climate Agreement, for which President Barack Obama was a leading voice. Adopted by consensus of 195 world governments in December 2015, the pact has been ratified by 144 countries and took effect on November 4, 2016.

On March 28, Trump signed an executive order to dismantle President Barack Obama’s Clean Power Plan, which would have moved the nation away from burning coal and toward cleaner energy sources such as natural gas and renewables.

More than 200,000 people marched in the streets of Washington, DC on Saturday in protest of these moves and tens of thousands more took part in climate marches across the country.

But the large corporations are not embracing renewables and energy efficiency in response to Trump policies or to public condemnation of them. Instead, they are doing so to benefit their bottom lines.

The report highlights the financial benefits companies are receiving from their clean energy investments. The emission reductions from these efforts are equivalent to taking 45 coal-fired power plants offline every year.

Praxair, IBM and Microsoft are among the companies saving tens of millions of dollars annually through their energy efficiency efforts.

“We are encouraged to see significant improvement in both the number of Fortune 500 companies setting climate and clean energy goals and the ambition of those goals – in particular commitments to setting science-based and 100 percent renewable energy targets,” said Anne Kelly, senior director of policy and the BICEP network at Ceres, a sustainability nonprofit organization based in Boston, Massachusetts.

“But in order to meet our national and global emissions goals, more companies will need to join the champions highlighted in this report, both in setting goals and in becoming vocal advocates for continued federal and state policies in support of climate and clean energy progress,” said Kelly.

Ten percent (53) of companies have set renewable energy targets, and almost half of those (23) have committed to power 100 percent of their operations with renewable energy – among those, Wal-Mart, General Motors, Bank of America, Google, Apple and Facebook.

“Corporate commitment to energy efficiency and renewable energy is an accelerating trend that illustrates broader recognition within the business community of the importance of clean energy and the financial benefits it can yield,” said Stu Dalheim, vice president of corporate shareholder engagement for Calvert.

“Many of the largest companies in the U.S. are achieving significant cost savings through clean energy programs and mitigating longer-term risks associated with energy price volatility,” he said.

Some of the strongest efforts are among Fortune 100 companies, with 63 percent adopting or retaining goals.

The report also shows strong improvement among the smallest 100 companies in the Fortune 500, with 44 percent setting goals in one or more categories, up 19 percentage points from the same group’s 2014 report, “Power Forward 2.0: How American Companies Are Setting Clean Energy Targets and Capturing Greater Business Value.“

The report shows a spread in target setting among different sectors, with Consumer Staples (72%), Materials (66%), and Utilities (65%) sectors leading in setting clean energy goals and the Energy sector (11%), including oil & gas companies, lagging.