Fossil Fuels: To Invest or Divest – That Is the Question 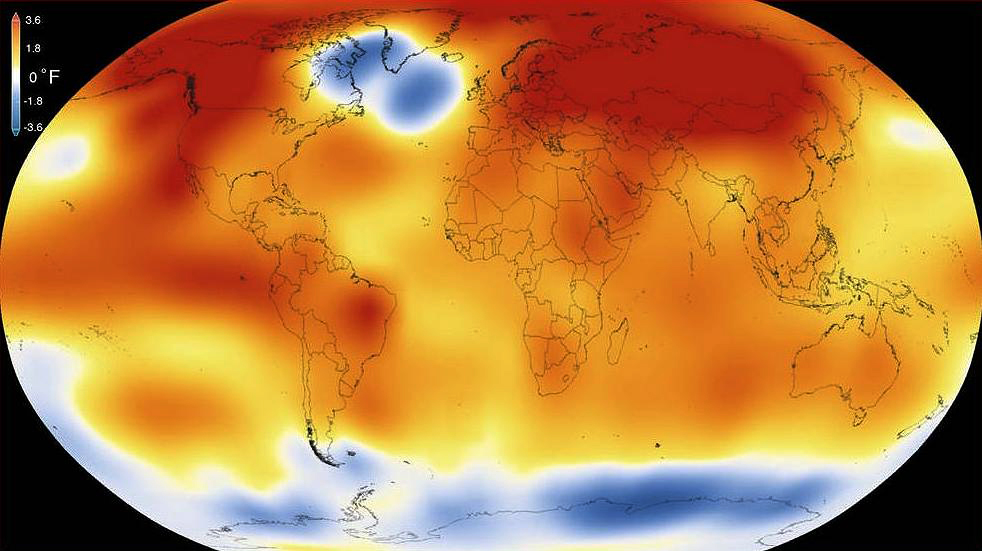 WASHINGTON, DC, January 21, 2016 (ENS) – The year 2015 was Earth’s hottest by widest margin on record, and in December 2015 the temperature was the highest for any month in the 136-year record, according to scientists with the U.S. space agency, NASA, and the U.S. oceanic and atmospheric agency NOAA.

This week, a group of investors led by New York State Comptroller Thomas P. DiNapoli and the Church of England demanded that ExxonMobil, the world’s largest publicly traded international oil and gas company, disclose the climate resilience of its business model.

The group of investors, including co-filers the Vermont State Employees’ Retirement System, the University of California Retirement Plan and The Brainerd Foundation, represents nearly $300 billion in assets under management and more than $1 billion in Exxon shares.

Their demand follows the Paris Agreement on climate change reached by 195 nations in December.

“The unprecedented Paris agreement to rein in global warming may significantly affect Exxon’s operations,” said DiNapoli, who is Trustee of the New York State Common Retirement Fund, the third largest public pension fund in the United States, with $184.5 billion in assets under management as of March 31, 2015.

The Fund holds and invests the assets of the New York State and Local Retirement System on behalf of more than one million state and local government employees and retirees and their beneficiaries. The Fund has a diversified portfolio of public and private equities, fixed income, real estate and alternative instruments.

“As shareholders, we want to know that Exxon is doing what is needed to prepare for a future with lower carbon emissions,” said DiNapoli. “The future success of the company, and its investors, requires Exxon to assess how it will perform as the world changes.”

The Church of England’s investment fund, the Church Commissioners, manages a fund of some £6.7 billion, held in a diversified portfolio including equities, real estate and alternative investment strategies.

“As responsible investors we are committed to supporting the transition to a low carbon economy,” said Mason. “We need more transparency and reporting from ExxonMobil to be able to assess how they are responding to the risks and opportunities presented by the low carbon transition.”

ExxonMobil says “Society faces a dual energy challenge: We need to expand energy supplies to support economic growth and improve living standards, and we must do so in a way that is environmentally responsible.”

The oil and gas giant says it is relying on developing new technologies to reduce greenhouse gas emissions.

“We believe that carbon emissions will plateau and start to decrease starting around 2030 as energy efficiency spreads and as various carbon-reduction policies are enacted around the world,” ExxonMobil says in a position statement on its website.

“ExxonMobil leads in one of the most important next-generation technologies: carbon capture and sequestration (CCS). CCS is the process by which carbon dioxide gas that would otherwise be released into the atmosphere is separated, compressed and injected into underground geologic formations for permanent storage.

In addition, ExxonMobil says it continues to fund and conduct research on advanced biofuels. “This work is part of our many investments in new technologies with the transformative potential to increase energy supplies, reduce emissions, and improve operational efficiencies.”

Across Europe, the year 2015 was the second hottest on record, with mean annual temperatures just above the 2007 average and below the record set in 2014, according to an analysis by one of the World Meteorological Organization’s regional climate centers. Much of eastern Europe was exceptionally warm, with temperatures higher than in 2014.

The negative climate trend is expected to continue for at least the coming five decades, says WMO Secretary-General Petteri Taalas, who took office at the start of the year. He predicted a growing number of weather-related disasters and a continuing increase in sea level rise.

In the first global effort to avert the worst impacts of climate change, under the Paris Climate Agreement world leaders committed to holding the rise in global temperatures well below two degrees Celsius and to seek to restrict warming to 1.5 degrees.

The shareholder proposal filed by Comptroller DiNapoli and the Church of England’s investment fund asks ExxonMobil to publish an assessment of how its portfolio would be affected by a two degree target through, and beyond, 2040.

Specifically, the assessment should include an analysis of the impacts of a two-degree scenario on the company’s oil and gas reserves and resources, assuming a reduction in demand resulting from carbon restrictions.

Exxon’s peers, Shell and BP, have already agreed to disclose how they will be impacted by efforts to lower greenhouse gas emissions in response to similar shareholder proposals co-filed in 2015 by the Church of England and other investors and endorsed by the boards of both companies.

Fleishman cites a recent report (CISL_Report) by the University of Cambridge that details the material risk of climate change to investment portfolios. The report found that, “Short-term shifts in market sentiment induced by awareness of future climate risks could lead to economic shocks and losses of up to 45 percent in an equity investment portfolio value.”

The University of Cambridge report was not alone. The growing risk to the economy and investment funds because of climate change has been reported by the financial giants of the world – HSBC, Deutsche Bank, Standard and Poor’s, CitiBank and The Bank of England, among others.

The dire forecasts are already affecting investors. California’s pensions systems lost more than $5 billion on their fossil fuel holdings last year. The Massachusetts state pension fund lost $521 million in value from their fossil fuel stocks over the past year, a 28 percent decline.

Those major losses are advancing the divestment dialogue this year.

“While each [Fossil Free divestment] campaign is independently run and may bring different emphases and asks depending on their local context,” says Fleishman, the majority of campaigns are asking institutions to “immediately freeze any new investment in fossil fuel companies, and divest from direct ownership and any commingled funds that include fossil fuel public equities and corporate bonds within five years.” 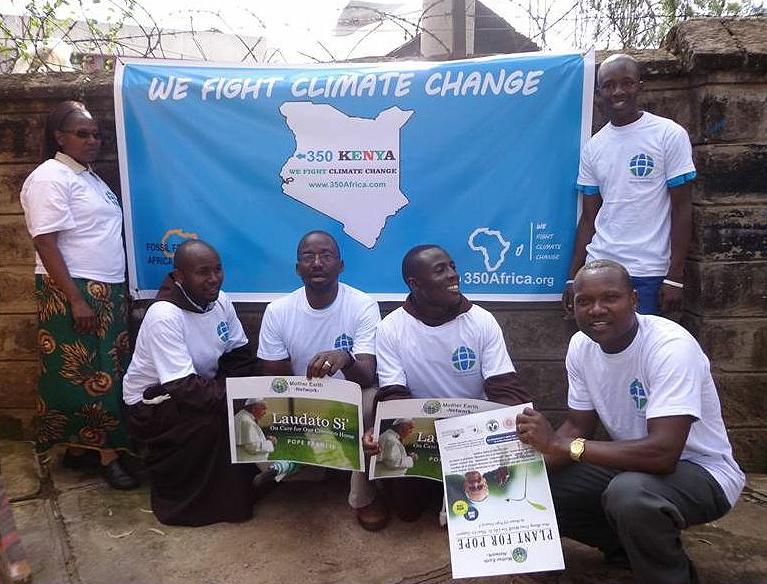 African Catholic groups associated with 350.org have called on Pope Francis to support the divestment movement.

In a December letter to the Pope they wrote, “Because of the grave threat of climate change and the fossil fuel sector’s unyielding refusal to change, it is no longer right for religious groups to profit from investments in such companies. We appeal for your support for the global divestment movement from the fossil fuel industry and to call for a just transition towards a world powered by 100 percent renewable energy.”

They felt that Pope Francis acknowledged their concerns in his speech to the United Nations Environmental Programme in Nairobi, where he stated that the Paris climate conference, “represents an important stage in the process of developing a new energy system which depends on a minimal use of fossil fuels, aims at energy efficiency and makes use of energy sources with little or no carbon content.”

Now, 350 Africa intends to broaden its sphere of influence to include divestment activists of all faiths, saying in December, “We need to change the idea that the climate change crisis is to only be tackled by environmental organizations. The recent resolution of the Anglican Church of Southern Africa to explore withdrawing their investments from companies that exploit fossil fuels, is an example of how faith groups can do their part in the climate movement through divestment.”