From Microbeads to Macrosystems: Oceans Under Stress 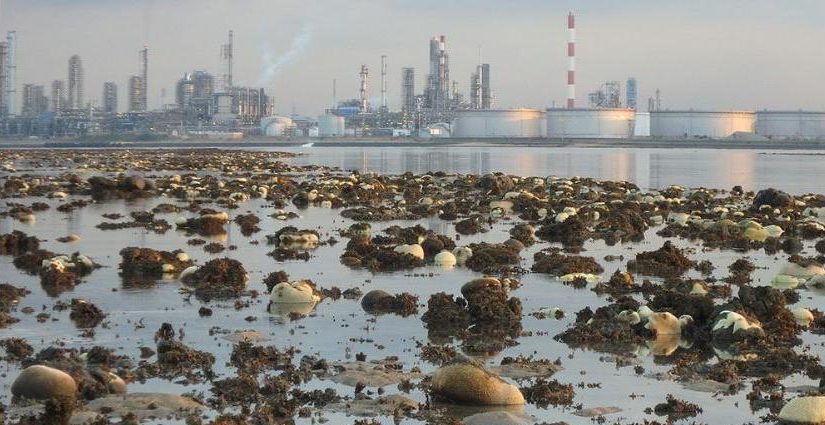 BALI, Indonesia, March 2, 2017 (Maximpact.com News) – “On bathroom shelves around the world sit products that are destroying life in our oceans. Tiny pieces of plastic in our face scrubs and toothpastes, used to make products feel smooth, are washed away in drains to then fill the stomachs of marine animals who confuse it for food. No beauty product is worth destroying the world’s beautiful oceans, not to mention our own human well-being. There are alternatives!” says Indonesian-Australian model, actress and V-Jay Nadya Hutagalung.

“So let’s choose what we buy carefully and together, with the combined power of our voice and our wallets, we can urge beauty companies to end their use of microbeads,” Hutagalung told delegates to the fourth World Ocean Summit organized by the global media group “The Economist” in Bali February 22-24.

The glamorous media personality called on the cosmetics industry to stop adding exfoliating microplastics to their products and support the new #CleanSeas global campaign launched at the World Ocean Summit.

Some countries have already banned products containing microbeads. Less than one millimeter wide, they are made from plastics such as polyethylene, polypropylene and nylon.

Products containing microbeads will be banned from sale in the UK by the end of 2017.

And in January, New Zealand Environment Minister Nick Smith announced that cosmetics containing microbeads will be banned as of July 2018.

Australia has not yet banned microbeads. But in February 2016 Environment Minister Greg Hunt said he would introduce a law to ban them if companies did not comply with a voluntary phase-out.

California passed a law banning soaps, facial and body scrubs, toothpaste and other products with plastic microbeads as of January 1, 2020.

Last year, the Canadian government officially listed microbeads as a toxic substance under the Environmental Protection Act, giving it the ability to ban the plastic beads.

Not waiting for these bans to take effect, many companies are already phasing them out. For instance, of the 14 companies in the Canadian Cosmetic, Toiletry and Fragrance Association, five have already stopped using microbeads in their products and the rest will do so by 2018 or 2019.

The #CleanSeas campaign is targeting other plastics as well, setting its sights on eliminating single-use plastics such as straws, bags and packaging materials from the ocean within five years.

Ten countries have already joined the campaign with far-reaching pledges to turn the plastic tide.

The World Ocean Summit host country, Indonesia, the world’s largest archipelago with 17,000 islands spread along more than 5,000 km, has committed to slash its marine litter by a full 70 percent by 2025.

Each year, more than eight million tonnes of plastic ends up in the oceans of the world, wreaking havoc on marine wildlife, fisheries and tourism, and costing at least US$8 billion in damage to marine ecosystems.

Because plastics do not break down for many years, marine birds and animals eat the plastic material which accumulates in their tissues or perforates their digestive systems.

The UN campaign cites a 2016 report from the Ellen MacArthur Foundation calculating that at the rate humans are dumping plastics into the oceans, by 2050 they will contain more plastic than fish and an estimated 99 percent of seabirds will have ingested plastic.

The #CleanSeas campaign is asking industry to recognize that it’s important to minimize plastic packaging and redesign their products. Consumers are urged to change their throwaway habits before irreversible damage is done to the oceans.

Through a wider-angle lens, the 2017 World Ocean Summit trained a critical eye on the vital issue of how to finance a sustainable ocean economy.

Sponsored by nonprofit organizations, such as the Environmental Defense Fund, The Nature Conservancy and the World Wildlife Fund, the summit aimed to consider how capital and the private sector can drive scalable, sustainable investment in the ocean.

A sustainable ocean economy could be a tremendous economic and investment opportunity, but a new, intensive phase of economic activity in the ocean is beginning, with climate change opening the Northwest Passage across the Arctic, warming and acidifying the oceans, bleaching coral reefs and causing sea levels to rise across the world.

The first global plan to save coral reefs from complete eradication caused by climate change, pollution and poor fishing practices was launched at the World Ocean Summit.

A project of Bloomberg Philanthropies, the initiative is called 50 Reefs. It brings together ocean, climate and marine scientists as well as conservationists from around the world to develop a list of the 50 most critical coral reefs to protect.

Michael Bloomberg, the UN Secretary-General’s Special Envoy for Cities and Climate Change, said, “When people think of climate change, they often think of extreme heat, severe storms, and raging wildfires. But some of the most disastrous effects of climate change are out of sight – on the ocean floor.“

“In fact,” said Bloomberg, “90 percent of coral reefs are expected to disappear by 2050 and saving the remaining coral reefs are critical. Without coral reefs, we could lose up to a quarter of the world’s marine biodiversity and hundreds of millions of the world’s poorest people would lose their primary source of food and livelihoods. We must not allow this to happen.“

Coral reefs worldwide have been estimated to have a conservative value of US$1 trillion, which generates at least $300-400 billion each year in terms of food and livelihoods from tourism, fisheries and medicines according to 2015 reports from WWF and the Smithsonian Institute.

“This is an all hands on deck moment,” said Professor Ove Hoegh-Guldberg, director of the Global Change Institute at Australia’s University of Queensland. “We are establishing the first global coalition of philanthropic, governmental and non-governmental organizations that will be aimed at slowing the decline of the world’s coral reefs, thereby preserving the livelihoods and culture of reef-dependent communities all over the world.”

A panel of top marine scientists will oversee a process to prioritize reefs worldwide deploying a transparent “decision algorithm” developed at the Centre for Excellence in Environmental Decisions at the University of Queensland.

“What we already know about the future of our coral reefs is alarming: Without immediate action, we could lose this crucial ecosystem entirely within a few short decades,” said Paul G. Allen, philanthropist and Microsoft co-founder. “What we don’t yet know – the data gap leading scientists are seeking to fill through this initiative – are exactly where to focus critical conservation efforts to ensure the long-term survival of coral reef habitats.”

The final 50 Reefs list and corresponding initiatives, to be announced later this year, is expected catalyze the global action and investment required to protect these reef systems for the future.

Caption:Tiny plastic beads, used in products such as facial cleansers and toothpaste, have started showing up in lakes and oceans around the world. Some U.S. states, including Minnesota, are working to ban products with microbeads.  (Photo by Minnesota Pollution Control Agency) Creative Commons license via Flickr