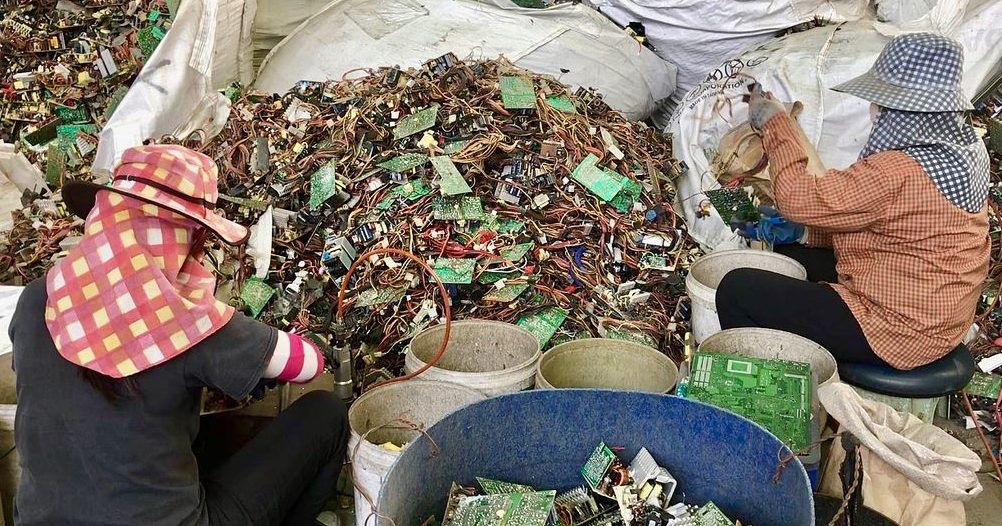 Burmese workers try to protect themselves from the fumes and smoke from the cooking of circuit boards in a primitive site in Thailand receiving e-waste from North America and Europe. May 22, 2018 (Photo courtesy Basel Action Network) Creative Commons license via Flickr

SEATTLE, Washington, February 7, 2019 (Maximpact.com News) – The global environmental watchdog organization Basel Action Network (BAN), based in Seattle, today released the findings of a two-year study in 10 EU countries that followed 314 old computers, printers, and monitors in which GPS Trackers had been secretly installed.

This equipment, complete with trackers, was then delivered to places where consumers usually take their waste, most often government-approved takeback stations. 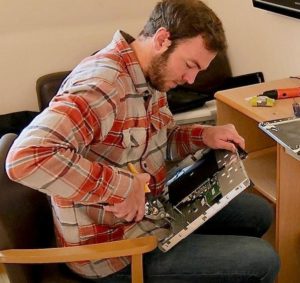 The trackers uncovered the fact that 19 of the tracked pieces scrap equipment, six percent, were exported outside of the Eureopan Union, including 11 very likely illegal shipments to the countries of Ghana, Hong Kong, Nigeria, Pakistan, Tanzania, Thailand, and Ukraine.

Discarded electronic equipment is considered to be e-waste, or WEEE. The GPS tracking has revealed European WEEE export rates moving steadily from West to East and from North to South, away from Europe to their continental neighbors in Africa, Eastern Europe, and Asia, BAN reports, calling this movement “a serious cause for concern.”

The report, “Holes in the Circular Economy: WEEE Leakage from Europe,”  estimates that the flows discovered with figures regarding WEEE generation in Europe, if extrapolated, would total 352,474 metric tonnes per year, moving from the EU to developing countries.

This amount of electronic waste could fill 17,466 large-size intermodal shipping containers. If the containers were loaded onto trucks, the trucks would stretch back-to-back for 401 kilometers.

“It appears that we have discovered a very significant stream of illegal shipments of hazardous consumer electronic scrap to vulnerable populations,” said BAN Director Jim Puckett.

“This flies in the face of EU claims to make continuous efforts to implement a circular economy which can only responsibly exist by eliminating externalities and leakage from the system,” Puckett said.

The report states, “We have witnessed an alarming European shift in the other direction, away from a rejection of using the developing world as a global dumping ground for hazardous waste and towards a fundamental re-definition

European bureaucrats attending meetings of the Basel Convention on the Control of Transboundary Movements of Hazardous Wastes and Their Disposal have been working to change the convention’s definitions of hazardous electronic waste.

They are trying to alter the treaty’s Guideline on the Transboundary Movement of WEEE which has been adopted on an interim basis.

A loophole which has been proposed by the EU, still under debate, would exempt a majority of the world’s electronic waste from falling under the Basel Convention and under the EU Waste Shipment Regulation. The loophole is a new Paragraph 31(b) of the Guideline.

“If adopted with this paragraph, the Guideline will “guide” unscrupulous traders to export all manner of hazardous broken or untested consumer electronics outside of the control procedures of the Basel Convention simply by making a claim of ‘export for repair,'” the BAN report states.

Yet, it is well known, says BAN, that all electronic equipment can be called “repairable” and almost all actual exports for repair involve exports of nonfunctional parts which are “waste upon arrival.”

If a new Paragraph 31(b) is adopted, anything that is non-functional but theoretically repairable might not come under the European definition of waste.

“We have even seen the laudable concept of The Circular Economy which Europe has embraced, used as a rationale for relaxing basic Basel Convention principles,” BAN reports. “Yet the Circular Economy cannot function if externalities are tolerated and allowed to be routinely exploited.”

“The Circular Economy can only play out on a level economic global playing field where all costs are internalized and where waste and materials management is conducted without disproportionate harm to anyone,” BAN says in its report.

“Closing the holes in the economy, such as the leakage of harm to weaker economies, is a prerequisite to its being circular,” BAN says. “The world relies heavily on Europe to uphold this principle.”

The UK was clearly the worst violator with five, with most of those going to Africa. Italy, Germany, Spain, Ireland, and Poland were also implicated in allowing shipments to developing countries.

BAN staff then visited some of the destinations. In those locations BAN found that the e-waste was often subjected to substandard, dangerous recycling operations involving worker exposure and community pollution with smashing, burning, melting, or chemical acid stripping methods used to extract copper, gold, steel, and aluminium.

While some of the equipment was repaired for further use, even in these cases, toxic parts containing substances such as mercury, lead, and brominated flame retardants that could not be reused, were discarded or burned in local dumps.

BAN asserts that, “…leakage of this significance perpetuates an EU waste management regime on the backs of the poor and vulnerable.” This would be contrary to the originally envisaged “circular economy” which can only responsibly exist by eliminating externalities and leakage from the system.

Puckett fears that recent efforts by the electronics manufacturers through their lobby associations Digital Europe and the Information Technology Industry Council, and “the EU doing their bidding” to create a “Repairables Loophole” in the Basel Convention will allow “a tsunami of broken, low-value electronic scrap to flow from Europe, undermining the original intent of the Basel Convention, and spelling the death knell for a circular economy.”

“There is far too much bemoaning illegal exports, while at the very same time, the EU is hypocritically works to make such dangerous exports legal. The answer to criminal activity is not legalizing that activity but rather improving enforcement to ensure the future health of Europe is not dependent on poisoning the rest of the world,” Puckett said.

BAN recommends an enhanced effort in the EU to enforce its Basel Convention treaty obligations and a re-visit of its Circular Economy policies to ensure elimination of exploitive practices.

Featured Image: Electronic waste scattered behind the site where a liquid crystal display monitor from Germany, fitted with a GPS tracker, ended up. Exporting scrap LCDs from Europe to Thailand is illegal due to the Basel Convention and the EU Waste Shipment Regulation. February 2, 2018 (Photo courtesy Basel Action Network) Creative Commons license via Flickr. 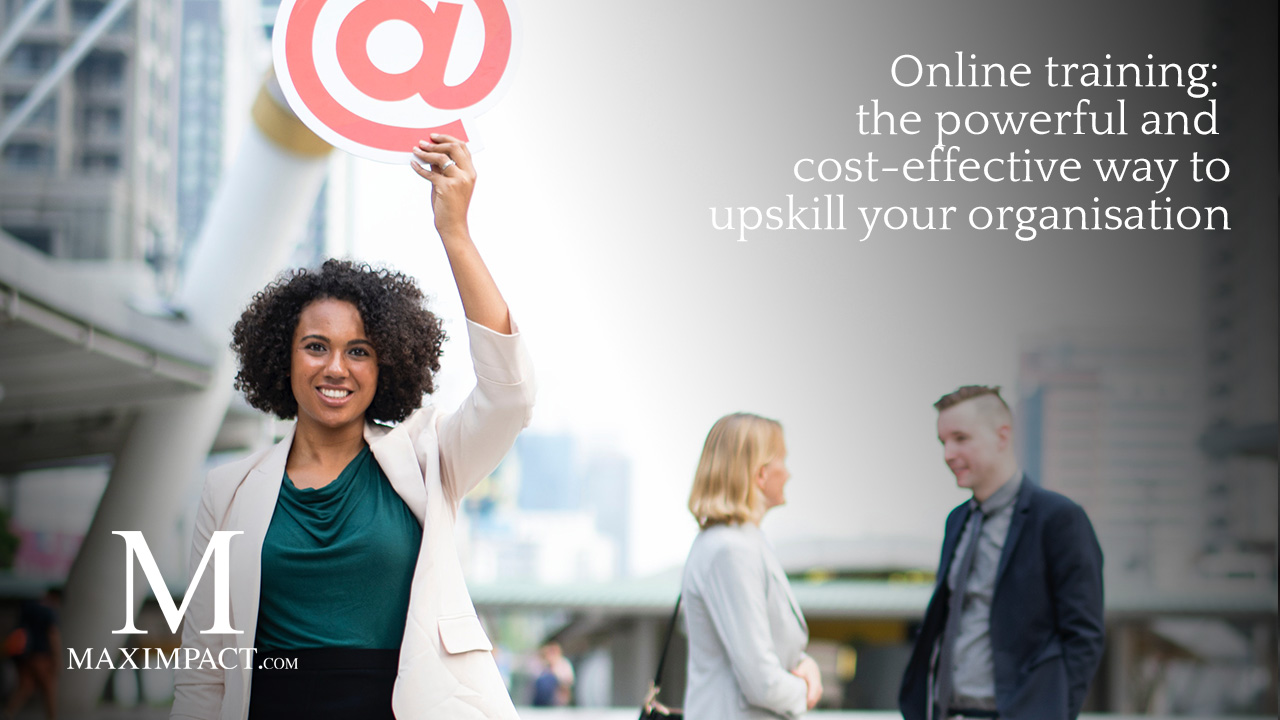