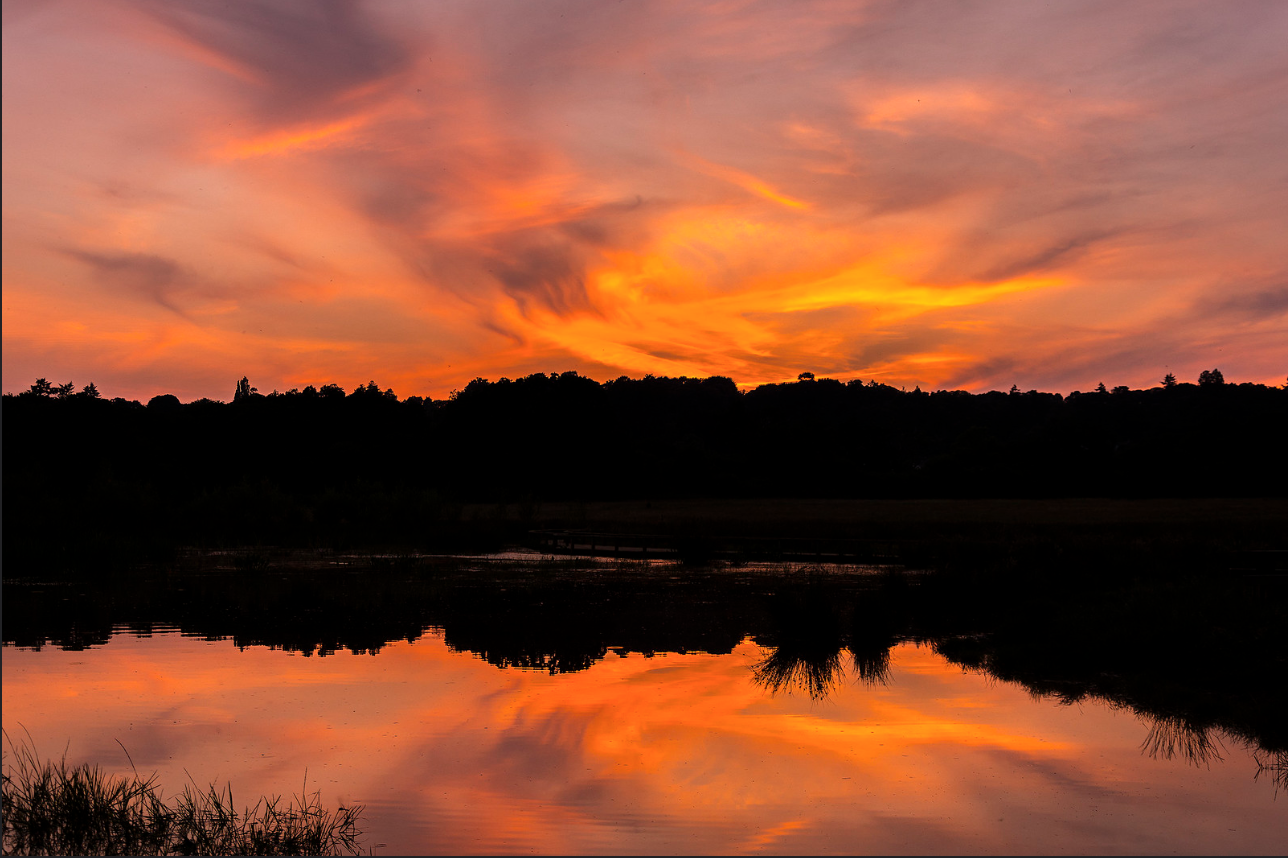 The climate emergency has been building for years. This hot sunset was photographed June 20, 2017 in Dorset, England at the end of the hottest day of the year to date, when temperatures reached over 31 degrees Celsius (88 degrees F), making it one of England’s hottest-ever June days. (Photo by Jack Pease Photography)
Creative commons license via Flickr.

LONDON, UK, August 13, 2019 (Maximpact.com News) – The United Kingdom is famous for its rain, which has inspired poets as well as weather forecasters, but now the British public is being asked to help the country protect its water resources for future generations. The campaign was launched July 31 by more than 40 environmental groups, charities, water companies and regulators with the slogan “Love Water.”

This is the first time such a large group of partners have joined together to work with businesses and consumers to tackle issues such as water pollution and waste.

As the climate crisis, and a population forecast to grow from 67 million to 75 million by 2050, put increasing pressure on Britain’s available water, the country is facing hotter and drier summers and an increased risk of water shortages.

The UK already has less available water than most other European countries and the average person uses an extravagant 150 liters (40 gallons) a day. The Love Water campaign aims to raise awareness of the importance of water and the role everyone plays in protecting it. 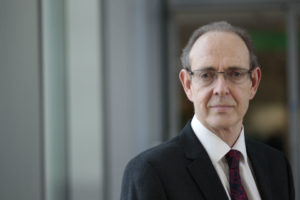 Sir James Bevan, chief executive of the UK Environment Agency, issued a stern warning at the Waterwise conference in London in March that the country is approaching the “jaws of death” as parts of England are at risk of running out of water within 25 years.

He encouraged Britons to cut their water use, saying that wasting water must now become “as socially unacceptable as blowing smoke in the face of a baby or throwing your plastic bags into the sea.”

“Most people agree that water is a precious resource but too often we take it for granted and don’t see how our actions have a direct effect on the local rivers, lakes and beaches we all care about, Sir James said.

He explained that if everyone in the UK turned off the tap when brushing their teeth, we would save 1.584 billion liters of water every day.

The long-term Love Water campaign is led by bodies that include the Environment Agency; the UK government’s Office of Water Services, or Ofwat; the trade association Water UK; the National Farmers’ Union and the Wildfowl & Wetlands Trust, among others.

“Our campaign intends to change that by urging people to use water wisely and to think before pouring cooking oil down the drain or flushing a wet wipe away,” Sir James said. “We know that everyone has a duty to preserve and protect water and the campaign will also work with industry, water companies and other regulators in the longer-term to cut down on wastage.”

The campaign will feature events and initiatives, such as beach and river clean-ups and water saving projects, designed to engage the public and encourage people to enjoy water and the environment.

Michael Roberts, chief executive of Water UK, the trade association of the UK’s major water companies, said, “The Love Water campaign is a great way to get the public to think about the link between the water we all use and the rivers and lakes that provide it and sustain our environment.”

“But we also know the water industry must play its role, which is why we have set out ambitious plans to reduce leakage alongside a new program for helping the environment, which will see 8,000 km of rivers cleaned and improved,” Roberts said.

“We all need to take action so that this country does not run out of water in the middle part of this century,” he said. “Only by working together can we bring about the changes needed to ensure we have a resilient water environment now and in the future.”

The Love Water campaign is inviting businesses to get involved by supporting the campaign through promotional activity while pledging to do their bit to save water and protect the environment by reducing pollution and waste. The long-term goal is to inspire businesses to make water-saving and pollution reduction part of their operational and corporate responsibility targets.

The campaign is part of the government’s Year of Green Action which aims to help people to connect with, protect and enhance nature.

Many people are not aware that actions like tipping waste liquids down roadside drains, flushing wet wipes or washing greasy pans in the sink can harm wildlife and affect water quality by causing pollution in local rivers, lakes and the sea. The Love Water campaign intends to raise awareness of the small changes people can make to achieve a big difference. 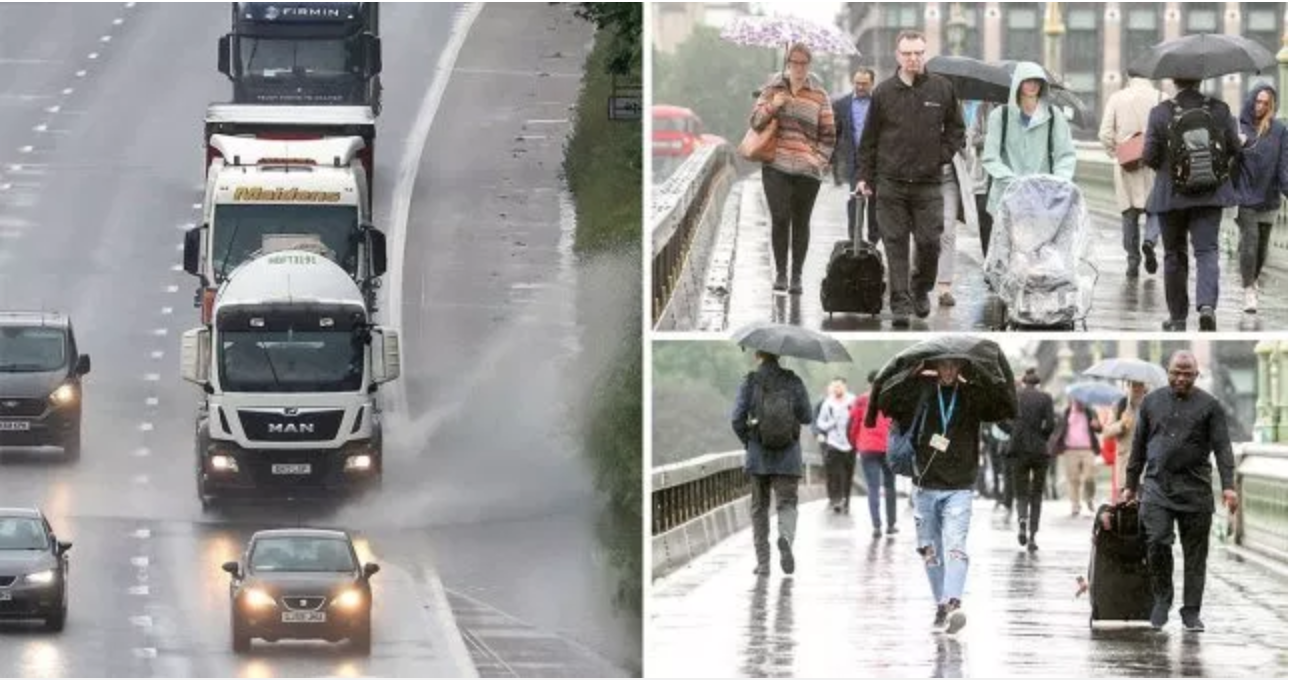 The UK water industry spends £100 million each year on clearing blockages caused by the wrong things going down sinks and toilets. In February, United Utilities spent eight weeks clearing a 90 tonne fat berg beneath the streets of Liverpool that was more than 84 meters (275 feet) long.

One liter of oil poured down the sink can pollute one million liters of water.

Research by Keep Britain Tidy shows that one in four people admit to littering. Last year, a spring beach cleanup organized by Surfers Against Sewage removed almost 66 tonnes of litter from beaches across the country.

An astonishing 72 percent of people surveyed said they used wet wipes, although most brands are not flushable and can cause blockages and pollution when they get into sewers.

Rachel Fletcher, chief executive at Ofwat, said, “We all have a part to play to protect and preserve this most vital resource. We look forward to working with partners within and outside the water sector to encourage everyone to do their bit and think about the value of water.”

Martin Spray CBE, chief executive of the Wildfowl & Wetlands Trust, warned, “Every day in our wetlands we see the impact that poor water quality and quantity can have on wildlife. More than half of species in British freshwaters are in decline, with 13 percent threatened with extinction including wading birds like curlew and plants like triangular club rush.”

“We all need to make the mental connection that our water comes from and returns to the natural world – via our taps and drains – so it’s up to us to care for that water for the sake of all life, including ourselves,” Spray said.

While the UK is dealing with rainstorms and flooding this summer that have put farmers in Wainfleet, Lincolnshire and North Yorkshire in need of millions in government help and have caused the Environment Agency to issue flood alerts for the River Ravensbourne in London, and at least seven rivers in the Lake District, the abundance of rain is not expected to last as the climate heats up and the population continues to grow.

National Farmers Union (NFU) Vice President Stuart Roberts said, “Water is fundamental to food production and is absolutely essential to nearly every food item British farmers produce. Water availability is often only talked about during times of flood or drought but we need to raise the awareness of its essential role 365 days a year. It plays an absolutely critical part in delivering safe, traceable and affordable food to the nation.”

The NFU has started a new service, a Water Bank designed to help match farmers and growers who urgently need water with neighboring farm businesses who have a surplus.

The Environment Agency has agreed to consider and approve wherever possible fast-track, short-term trades of water to help farmers cope with pressures on food production caused by an unprecedented spell of hot, dry weather.

The UK’s looming water shortage is reflected around the world as many other countries also face the fact of dwindling water resources.

Tim Wainwright, chief executive at WaterAid, an international nonprofit focused on water, sanitation and hygiene, said, “Around the world, one in 10 people live without safe water close to home. Water is a precious resource that we cannot take for granted, and we are delighted that the Love Water campaign is raising awareness of this important issue.”

“It is vital that we work together to manage this precious resource in the UK and globally,” Wainwright urged, “so we can achieve a world where clean water is normal for everyone, everywhere.”