Impact Investors: What Did You Do in the Healthcare Revolution? 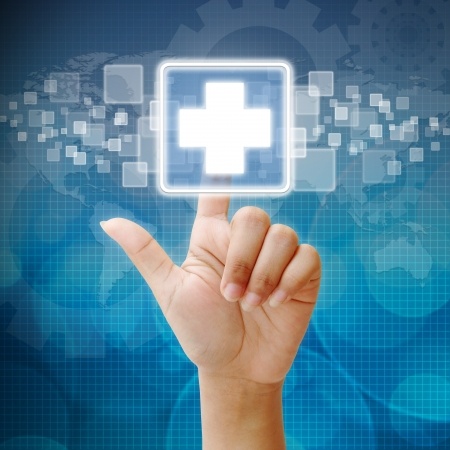 Healthcare is undergoing a global revolution. Demographic changes, including aging populations and rising levels of affluence in many countries, are altering health priorities for citizens and governments alike.

Meanwhile an explosion in healthcare technology — both in new devices and in the increasing importance of data — is transforming healthcare from the inside out, changing both capabilities and expectations and creating new opportunities as well as new ethical and practical challenges.

All this is driving a new wave of healthcare investment  — and setting the stage for impact investors to enter an exciting global marketplace.

Aging populations in developed and emerging economies are behind many of the changes now emerging in healthcare markets.  By 2017, there will be 560 million under-65s on the planet; by 2050 there will be 2 billion over-60s, according to World Health Organization (WHO) figures.  People everywhere are living longer, including those in emerging economies, due to improved access to medicine and better control of infectious diseases. That’s the good news.

The bad news is that this longevity will lay a heavy burden of healthcare demands and costs on states and individuals alike. A more affluent lifestyle for a bigger slice of the global population creates problems of its own, too.  Obesity is rising worldwide, especially among children, with far-reaching implications for the future health of populations. Similarly, chronic diseases are on the up, many of them, like diabetes and heart disease, associated with changing diets and a sedentary modern lifestyle.

And yet this picture of rising global affluence masks a sobering reality: as many as one billion people on the planet still a lack access to any kind of healthcare system. This problem remains particularly acute in developing countries, but it touches the developed world too. Women and the poor, especially in rural areas, are particularly at risk.

There’s evidence that governments around the world are already stretching to meet the changing healthcare needs of their populations.

In developed nations, healthcare is set to become the second-largest category of government spending overall. In the US, the Affordable Care Act is radically altering healthcare care access and delivery with cost implications for private, state and federal providers. In Europe, governments are struggling to maintain high healthcare standards in the face of a stagnant economy and budget cuts.

Meanwhile, developing nations, such as China and India, and regions like the Middle East, are set to increase healthcare spending significantly to meet growing local demand. In a parallel move, development agencies such as the WHO are looking for ways to do more to meet the healthcare needs of the world’s poorest populations.

In all these parts of the healthcare sector, private capital is set to play a bigger role as national governments as well as development agencies and healthcare nonprofits look for innovating ways to finance healthcare.

Healthcare is a natural area for impact investors, as a few pioneers have already realized. In a recent survey of the sector, just 6% of impact assets under management were committed to healthcare (as opposed to 21% in finance and 11% in energy). It’s a modest beginning. However, interest is on the rise among fund managers, with 39% of those surveyed planning to increase their allocation in the coming year.

This upswing in interest is evident across the sector. New impact metrics have already been designed for healthcare and June 2014 marked the first convening of SOCAP Health, an event dedicated to social investing in the “untapped” health market. Pay for performance, community health initiatives, and the importance of gathering health and wellness data were some of the topics discussed, giving a taste of the conversation to come.

Foundations with a mission commitment to healthcare are also getting into the impact investing arena. California has recently been a proving ground for impact investing by foundations who are playing an important role in developing the impact market for other investors. A 2012 survey from the California Healthcare Foundation, itself an impact investor, revealed that 13 US foundations (and 3 non-foundations) made over $81 million dollars of investment in healthcare in 2012, some of it directly, some through intermediaries. Investment continues, especially in community health clinics in the wake of the ACA, with demand up and impact being carefully monitored.

As the G8 taskforce report on social impact investing suggests, governments will be likely partners for impact investors of all kinds in the years ahead. With private finance playing a greater role in footing the bill for healthcare in many countries, impact investors will have many more opportunities to collaborate with governments, for example helping finance Social Impact Bonds (SIBs) and other pay for performance schemes.

The most successful impact investors are already doing this, according to a recent study of leading impact funds. Working with governments in sophisticated ways, they view the relationship as  “an ongoing, evolving partnership, directly or indirectly influencing the development of public policy at the investee, market, and field levels”.

This “policy symbiosis” between governments and impact investors has the potential to bring needed capital into the public sphere in many areas, but especially in the growing healthcare market. Development agencies, too, are liberalizing their approaches to financing social benefit work, and impact investors will have collaborative role to play here.

Are we fit for the future?

The private healthcare marketplace is taking off around the world. There’s no question that there will be multiple opportunities for all kinds of private investors to make money and, possibly, to do good.

But impact investing, with its blended value approach, has a special role to play in making sure the benefits of the healthcare boom reach the people who really need them. Working side by side with governments, nonprofits and development agencies, impact can take the lead in bringing affordable, accessible healthcare to a world in need.