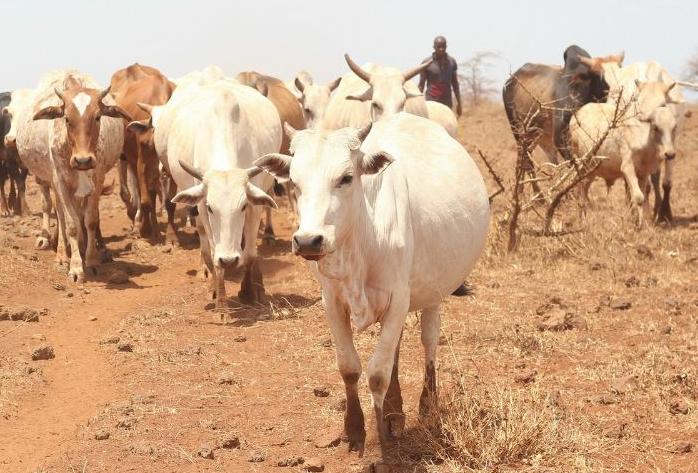 Herders in Marsabit, Kenya have a hard time keep their livestock fed in an ongoing drought, February 21, 2018 (Photo by Kandukuru Nagarjun) Creative Commons license via Flickr.

SYDNEY, Australia, February 28, 2019 (Maximpact.com News) – Nearly half the world’s insect species are rapidly vanishing and more than a third are threatened with extinction, finds the first global scientific review of insect survival.

The rate of insect extinction is eight times that of mammals, birds and reptiles, the researchers found. They calculate that the total mass of insects is falling by 2.5 percent a year, indicating a quick die out.

Published in the current issue of the “Journal of Biological Conservation,” the article, “Worldwide decline of the entomofauna: A review of its drivers,” is a comprehensive survey of 73 historical reports of insect declines from across the globe.

“Our work reveals dramatic rates of decline that may lead to the extinction of 40 percent of the world’s insect species over the next few decades,” write the two researchers.

Sánchez-Bayo and Wyckhuys discovered that in land-based ecosystems the insects in greatest decline are: Lepidoptera, moths and butterflies; Hymenoptera, wasps, bees, and ants; and Coleoptera, dung beetles.

Bees are drastically declining, with only half of the bumblebee species found in the U.S. state of Oklahoma in 1949 present in 2013. The number of honeybee colonies in the United States was six million in 1947, but today just 2.5 million survive.

“There are always some species that take advantage of vacuum left by the extinction of other species,” says Sanchez-Bayo. In the U.S., the common eastern bumblebee is increasing due to its tolerance of pesticides.”

The main drivers of insect species declines appear to be, in order of importance:

Climate change is important in tropical regions, but only affects a minority of species in colder climates and the mountains of temperate zones, the researchers say.

“In 2017, a 27-year long population monitoring study revealed a shocking 76 percent decline in flying insect biomass at several of Germany’s protected areas,” write the authors. “This represents an average 2.8 percent loss in insect biomass per year in habitats subject to rather low levels of human disturbance …” The study shows a steady declining trend over nearly three decades.

There were parallel declines in insect-eating birds, frogs and lizards in the same areas of Puerto Rico as a result of insect food shortages.

“In rural landscapes across the globe, the steady removal of natural habitat elements (e.g. hedgerows), elimination of natural drainage systems and other landscape features together with the recurrent use of chemical fertilizers and pesticides negatively affect overall biodiversity,” write the scientists.

Sánchez-Bayo and Wyckhuys advise, “A rethinking of current agricultural practices, in particular a serious reduction in pesticide usage and its substitution with more sustainable, ecologically-based practices, is urgently needed to slow or reverse current trends, allow the recovery of declining insect populations and safeguard the vital ecosystem services they provide.”

In addition, they say, effective remediation technologies should be applied to clean polluted waters in both agricultural and urban environments. 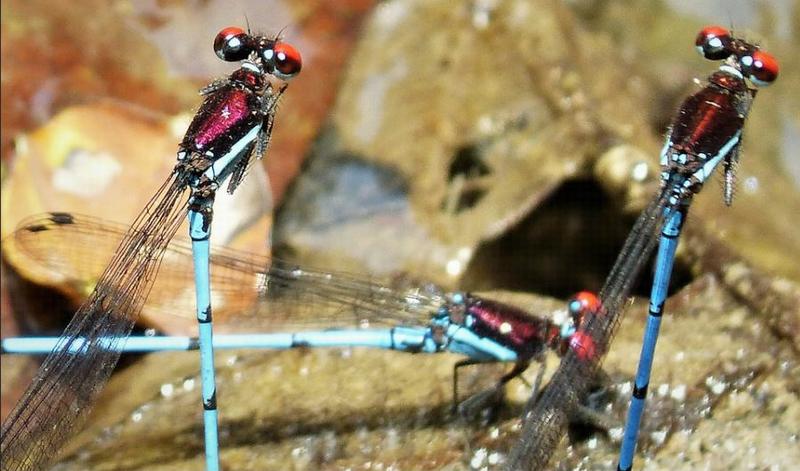 The biodiversity of plants cultivated for food is shrinking, posing a threat to the global population’s health, livelihoods and environment. This warning from the UN’s Food and Agriculture Organization (FAO) comes as the agency releases a new, first-of-its-kind report on the state of the world’s biodiversity in food and agriculture.

The report, released Friday, finds that there is a real risk that the plant and animal species that provide human food, fuel and fiber disappearing forever, along with the animals, insects and micro-organisms that make up crucial parts of the food chain.

To compile the report, the FAO received information from 91 countries and 27 international organizations, contributions from over 175 authors, and also analyzed the latest global data. It was prepared under the guidance of the Commission on Genetic Resources for Food and Agriculture , the only permanent intergovernmental body that addresses biological diversity for food and agriculture.

While 6,000 plant species are cultivated for food, just nine of them account for two-thirds of all crop production.

When it comes to livestock, around a quarter of breeds are at risk of extinction: just a handful provide the vast majority of meat, milk and eggs.

And more than half of fish populations are at risk of extinction.

In addition, species that contribute to the food ecosystem, such as pollinators, soil organisms and natural enemies of pests, such as bees, butterflies, bats and birds, are under severe threat.

He called for food to be produced in a way that doesn’t harm the environment, saying, “Less biodiversity means that plants and animals are more vulnerable to pests and diseases.”

“Compounded by our reliance on fewer and fewer species to feed ourselves, the increasing loss of biodiversity for food and agriculture puts food security and nutrition at risk,” Graziano da Silva said.

The FAO report finds that human intervention is “overwhelmingly at fault” for the disappearance of plants due to the way land and water are used and managed, pollution, overexploitation and over harvesting, and climate change, as well as population growth and urbanization.

No regions of the globe are exempt from biodiversity threats, though the driving forces differ depending on the region. In Africa key problems are overexploitation and poaching; in Europe and Central Asia, deforestation and intensified agriculture are cited; and in Latin America there is concern over pests, diseases and invasive species.

Most of the 91 countries that provided data for the report show an interest in agriculture practices that support biodiversity, such as organic farming, sustainable soil management and ecosystem restoration.

And most of the countries have put policies in place for the sustainable use and conservation of biodiversity, the FAO report finds. But the legislation and institutional frameworks for these policies are often inadequate or insufficient, and the FAO is calling for much more effective action on a global scale. 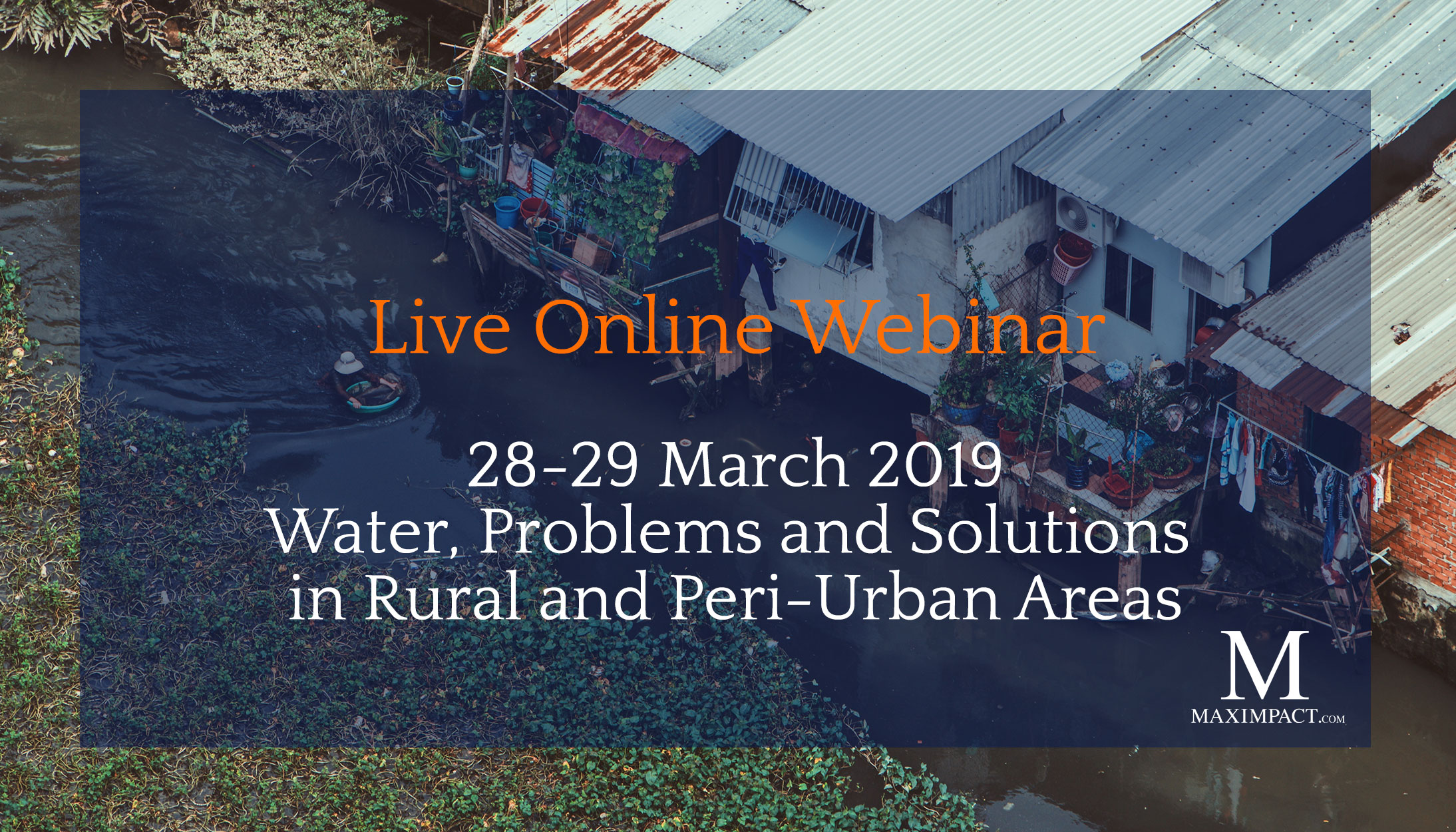