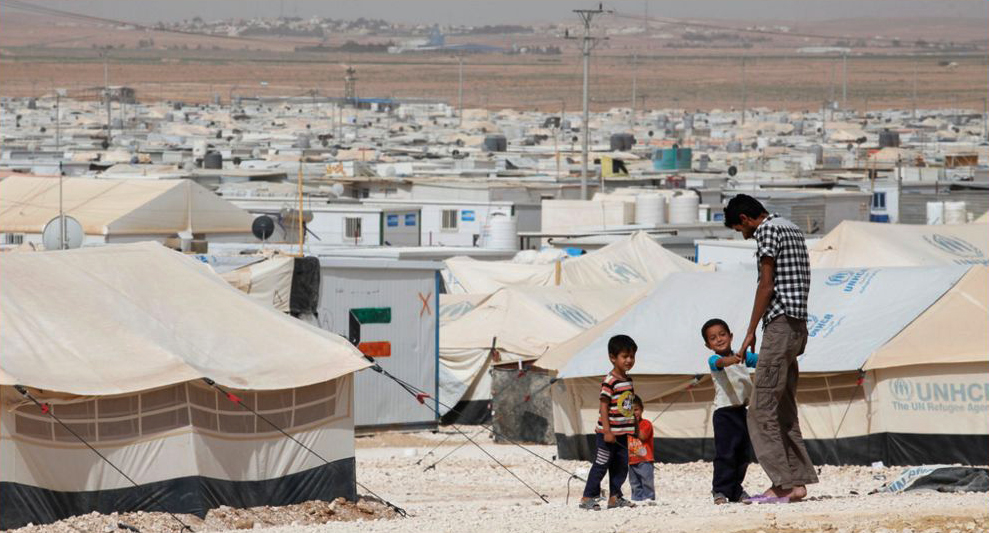 AMMAN, Jordan, March 24, 2016 (Maximpact.com News) – Jordan, one of the world’s driest countries, is dumping much of its water into the sand – allowing 76 billion liters a year to flow from broken pipes, according to an assessment by the nonprofit aid organization Mercy Corps.

“By one estimate, the amount of water lost nationwide every year could satisfy the basic needs of 2.6 million people, or more than a third of Jordan’s current population. It is a tragedy of waste,” mourns the report, “Tapped Out: Water Scarcity and Refugee Pressures in Jordan.”

Published in 2014, the report outlines urgent needs and provides key recommendations to guide institutional donor efforts and policies, advisories that are even more urgent today as distressed refugees from war-torn Syria surge across the border into northern Jordan.

Since the onset of the Syrian crisis five years ago, Jordan has borne the impact of this massive Syrian refugee influx. Today, those refugees account for about 10 percent of the kingdom’s population of 6.3 million, placing severe pressure on its water resources at a difficult economic period. 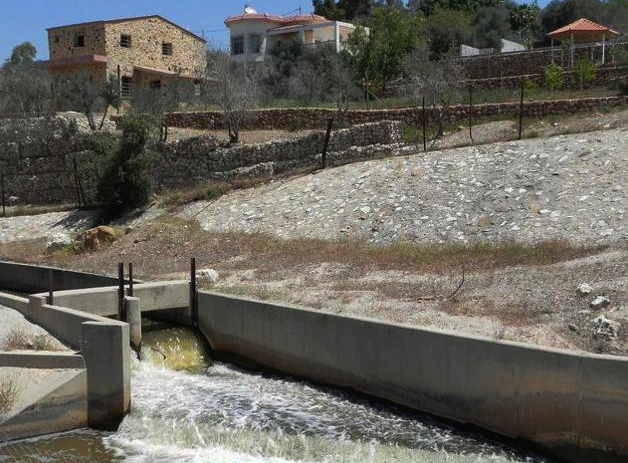 An irrigation canal in Jordan, where groundwater levels are falling a meter each year. (Photo courtesy Global Freshwater Initiative)

Based on interviews conducted in three northern governorates in Jordan – Amman, Mafraq, and Irbid, the areas taking the greatest number of Syrian refugees – the Mercy Corps report asks donors to invest in long-term infrastructure development, strengthen government agencies and address the nexus of conflict and conservation.

A team of Mercy Corps engineers is working to rebuild the aging water system so that both Jordanian and Syrian refugee families will have enough clean water to stay healthy. Their work has already improved access to clean water for 500,000 people in Jordan.

Ghassan “Gus” Hazboun, Mercy Corps’ Water Engineering Director, said last July that in Jordan’s northern areas the leakage can be up to 70 percent of the water that flows through the network. “So we have water that’s already been treated, already been pumped from the aquifer to far-away places, and then we lose that water in the network,” he said.

“The best thing we can do, the only way forward, is to treat the network – to fix any damage and spare the waste of water. Reclaiming that wasted water is better than finding a new source of water,” said Hazboun.

Mercy Corps started with two wells in the Zaatari refugee camp, and now has three wells there, one well in Azraq camp, and several projects in host communities.

“We recently developed a well near the border between Jordan and Syria,” said Hazboun. “The water comes here, to the water treatment and filter area. And now we are ready to build a new pump station, control building, and a 500-cubic-meter reservoir.”

“This infrastructure is very important for the northern areas, including the city of Mafraq. The water we are providing goes to all the houses and we are supplying everybody, both Jordanians and Syrians,” Hazboun explained.

The World Bank is working to increase Jordan’s water supply in a different way.

On Monday, the bank released an account of its efforts to help the Jordanian government restore ecosystems and improve people’s livelihoods in the Badia desert, which covers about 80 percent of the country.

The World Bank and the Global Environment Facility are collaborating on a US$3.3 million grant to help the government create opportunities for the nomadic Bedouin livestock breeders of the Badia and make them more resilient to climate change and water scarcity.

Through the Badia Ecosystem and Livelihoods Project, this work is focused in Mafraq and Ma’an, impoverished governorates in north and south Badia with diverse, fragile ecosystems, unique archaeology and ancient history.

Livelihoods Project partner National Center for Agriculture Research and Extension (NCARE) is establishing rangeland reserves and reservoirs of rainwater for animal drinking. A mandated rest period in the reserves is allowing endemic plants, gone for 20 years, to re-emerge.

The bank also is supporting “high-value, low-volume ecotourism” by working with the Royal Society for the Conservation of Nature (RSCN) to establish an ecotourism corridor in Mafraq that is already attracting other donors.

All this work and investment is crucially important to Jordan, one of the world’s most water-vulnerable countries, but more help is needed.

In view of ongoing conflicts in the Middle East and North Africa, influential countries such as the United States should consider how to help the region’s vulnerable nations steer clear of destabilizing water crises, says Professor Steven Gorelick who teaches at Stanford School of Earth, Energy & Environmental Sciences and is a senior fellow at the Stanford Woods Institute for the Environment.

“Jordan is a peaceful and generous country that has absorbed hundreds of thousands of Syrian refugees,” Gorelick said in January. “The U.S. is not sufficiently helping that country deal with the consequent stress of inadequate water supply.”

Countries in the Middle East and North Africa are over-pumping groundwater, he said. In Jordan, where people depend on groundwater for 80 percent of their freshwater, levels are dropping three feet (one meter) each year, and will likely be depleted by 30 to 40 percent within the next 15 years.

The initiative is coordinating the Jordan Water Project, an international, interdisciplinary research effort aimed at developing new approaches for analyzing strategies to enhance the sustainability of freshwater resources in Jordan and, ultimately, arid regions throughout the world.