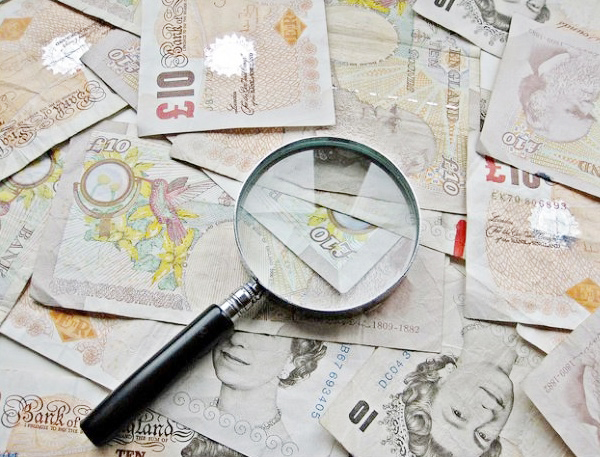 LONDON, UK, May 5, 2016 (Maximpact.com News) – Half the world’s 500 largest investors are acting to lessen the risks posed to their portfolios by climate change, but the other half are ignoring climate risk entirely, finds the latest Global Climate 500 Index.

The fourth annual benchmark report on the industry from the Asset Owners Disclosure Project (AODP) documents a growth in low carbon investments and a big rise in support for climate resolutions over the past year, but little progress on stranded asset risk.

The independent non-profit AODP rates the world’s 500 biggest investors: pension funds, insurers, sovereign wealth funds, foundations and endowments with $38 trillion of assets under management – on their success at managing climate risk within their portfolios, based on direct disclosures and publicly available information. They are graded from AAA to D while those taking no action are rated X.

This year AODP has raised the bar, requiring evidence of tangible action and no longer scores purely for transparency or commitments.

The result is the Global Climate 500 Index – the world standard for assessing the success of asset owners at managing climate risk.

A fifth (97) of the world’s 500 biggest investors with $US9.4 trillion in funds are taking tangible action to mitigate climate change risk, and another 157 worth $14 trillion are taking the first steps, according to the new Global Climate 500 Index.

But few investors are acting on warnings from Mark Carney, Governor of the Bank of England and chairman of the international Financial Stability Board, that climate action could leave fossil fuel and other high-carbon investments as worthless stranded assets.

The Financial Stability Board has set up a task force to recommend how asset owners, the companies they invest in, and other financial intermediaries should report the potential impact of climate change on their bottom lines.

But nearly half the top 500 investors are ignoring climate risk completely, the AODP report finds. That group includes 246 investors with $14.3 trillion in funds under management.

AODP chief executive Julian Poulter said, “Climate change risk is now a mainstream issue for institutional investors and last year has seen many significantly step up their action to manage this. However, only a handful are protecting their portfolios from the very real danger of stranded assets, and it is shocking that nearly half the world’s biggest investors are doing nothing at all to mitigate climate risk.”

“Pension funds and insurers that ignore climate change are gambling with the savings and financial security of hundreds of millions of people around the world and risking another financial crisis,” Poulter warned.

The Environment Agency Pension Fund has 26 percent of its portfolio in low carbon assets, the highest in the index.

Other leaders include giant institutions that have been active in campaigning for climate action – the $391 billion Dutch pension fund ABP and the $301 billion California Public Employees Retirement System, both rated AAA, and UK insurer Aviva with $445 billion of assets, rated A.

France’s Caisse des Dépôts has jumped from a CC rating to a AA, while the Swedish pension fund AMF and the UK’s Greater Manchester Pension Fund are both up from D to A.

France, where the Paris Climate Summit in December brought climate risk into sharp focus, takes fourth place with three funds in the top 20 for the first time. In a world-first, France announced that it would require all institutional investors to disclose information on how they are managing the risks of climate change.

Overall, investors that recognize climate risk are taking much more action than last year. The leaders, rated A to AAA, have grown 29 percent from 24 to 31 investors with $2.7 trillion in assets under management.

On average, these 12 AAA-rated institutions have outperformed the benchmark return over five years, demonstrating that climate risk can be managed without sacrificing returns, the AODP reports.

The biggest increase has been in asset owners still developing their climate risk strategy, with a 52 percent rise in those rated C to CCC, from 27 to 41 with $3.4 trillion under management.

However, the number of X-rated investors has grown from 232 last year to 246 today.

An encouraging 10 percent of asset owners and 74 percent of the leaders group (rated A to AAA) are measuring carbon in their portfolios, up from seven percent and 67 percent last year.

Yet, only two percent of asset owners have declared a target for reducing portfolio carbon next year.

“The Paris Agreement has set out the path, direction and ultimate destination for the global economy,” said Figueres, commenting on the new Global Climate 500 Index. “Increasing numbers of asset owners understand this and more are coming to that realization.”

“I would encourage all of them to pick up the pace and ramp up their ambition in respect to a low carbon transition,” said the top UN climate official. “It is the key to reducing risk and securing the health of their portfolios now and over the long term.”