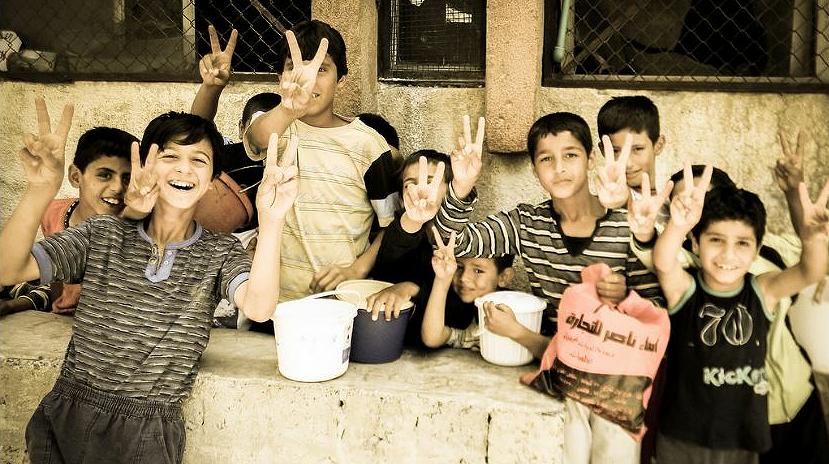 BRUSSELS, Belgium, April 26, 2018 (Maximpact.com  News – “I want to help” is “Ana bady asa’ed” in Arabic, the language of much of Syria. This simple translation illustrates the steep learning curve Syrian refugees face trying to re-start their lives in an English-speaking country, such as Canada, the United States or the United Kingdom, which together have taken nearly 100,000 Syrians fleeing the conflict.

Of course, the learning curve is just as steep for Syrians resettling in Germany, Sweden or Austria, the European countries that have taken the greatest number of refugees from this war-wracked country.

Nearly 13 million Syrians are displaced after seven years of conflict, a total that amounts to about six-in-10 of Syria’s pre-conflict population, according to the Pew Research Center. No nation in recent decades has had such a large percentage of its population displaced.

About one million displaced Syrians have moved to Europe as asylum seekers or refugees since the conflict began, according to data from Eurostat, Europe’s statistical agency, and data on refugee resettlement from the UN High Commission for Refugees.

The humanitarian impact of the Syria crisis remains deep and far-reaching:

Delegates to a major EU and United Nations donor conference in Brussels April 24-25 pledged some US$4.4 billion in 2018 to meet the deepening needs of displaced Syrians, as well as the main refugee hosting countries in the region – Turkey, Lebanon, Jordan, Egypt and Iraq.

By the close of the conference on Wednesday, a further US$3.4 billion had been pledged for humanitarian and development programmes in 2019 and 2020.

The conference was held at the ministerial level, and brought together 57 countries, 10 regional organizations and 19 UN agencies. More than 200 NGOs met in Brussels on Tuesday to provide operational recommendations to the ministerial part of the conference held the following day.

A lack of adequate adaptation processes was highlighted, particularly in Lebanon, with refugee children attending schools where they do not speak the language of tuition, preventing them from learning effectively and increasing drop-out rates.

Despite generous support from hosts, up to 80 percent of refugees from Syria are living below the poverty line in some countries, and 35 percent of child refugees are out of school.

The pledging event opened with a video of six-year-old Syrian refugee Farah, who lives in Zaatri refugee camp in Jordan. She loves learning languages and science, dreams of becoming a teacher and a poet.

But learning a foreign language remains a high barrier for resettling refugees.

Now, Maximpact is stepping up to help.

Based in Europe, the United States and the United Arab Emirates, Maximpact is a unique platform offering comprehensive development and support services to the circular, impact and sustainability sectors.

Employers, donors, NGOs or government organizations who want to change Syrian refugees’ lives for the better and facilitate the integration process can do so through Maximpact’s Language and Vocational Training for Employment.

Within three to four months, refugees will have general and working language skills, technical vocational skills and potential placements after graduating in fields such as: nursing, caregiving, hospitality, fruit picking and packaging, and waste management.

The languages covered are English, French, Spanish, Italian, German and others upon request.

All trainings are demand-oriented and build specific skills tailored to prospective employers’ needs. By bridging refugees’ and employers’ needs, Maximpact aims to improve job prospects for refugees in their host countries.

Dr. Linda Morrice, an education professor at the UK’s University of Sussex, said, “Refugees who are starting a new life in Britain want to work and see this as a key pathway to integrating. This government needs to improve the current resettlement system in order to ensure refugees resettling in Britain now, like those from Syria, have the best opportunity and support to gain employment which meet their skills.”

“We must shift the focus from talking about ‘meeting numbers and targets’ to ensuring that we have fast-track learning routes in place, especially English language learning,” Morrice said.

The Maximpact project will provide an opportunity for Syrian and other refugees to expand or adapt their skill sets, increase their confidence, and offer productive services to the communities where they are now living.

Contact Caroline Kennedy at carolinek@maximpact.com to find out more about the Maximpact refugee training program.

Meanwhile, the United Nations is negotiating a new global compact on refugees with its Member States.

As the number of people forced to flee their homes continues to climb, the new compact aims to transform the way the international community responds to refugee crises, by providing more predictable and equitable support for the countries and communities which host them.

“The compact embodies a new approach where the major host countries – typically among the poorest in the world – get the robust and sustained support they need, and refugees can contribute to their own futures and the communities where they live,” he said.

UNHCR was given the task of developing a global compact on refugees by the UN General Assembly in the historic New York Declaration for Refugees and Migrants, of September 19, 2016, in which 193 governments pledged to forge a fairer global system.

The draft refugee compact is being discussed in a series of formal consultations with UN Member States at the Palais des Nations in Geneva between February and July 2018. NGOs and other stakeholders have observer status.

The expected outcome is a non-binding document, reflecting consensus among UN Member States. The UN High Commissioner for Refugees will present a proposed draft compact in his 2018 report to the UN General Assembly at the end of 2018.

Featured Image: Two Syrian girls, aged 12, study at a temporary school in northern Lebanon, set up by UNICEF and the Lebanese NGO Beyond Association with the help of UK aid. (Photo courtesy DFID, UK Department for International Development) Creative Commons license via Flickr