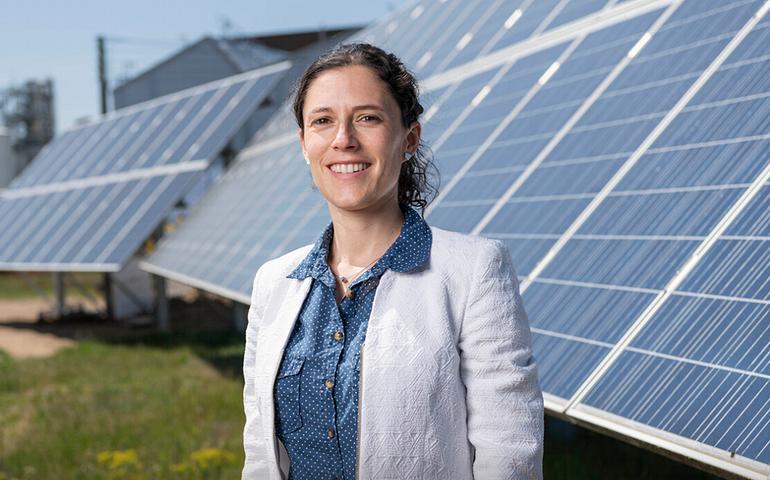 KARLSRUHE, Germany, October 29, 2022 (Maximpact Sustainability News.com) – “We want to increase the power output of photovoltaic facilities under unfavorable conditions, such as shade, dirt, or aging, and to optimize the efficiency and power yield,” says Nina Munzke at the Karlsruhe Institute of Technology (KIT). She aims to increase the efficiency of solar power around the world with the latest in artificial intelligence and electronic solutions.

Munzke has become well-known in the German university town of Karlsruhe for harvesting higher power yields from solar parks without increasing their footprint on the land. She created the Solar Park 2.0 project at KIT’s Institute of Electrical Engineering to prove the concept and explore the most efficient electronics for the job.

As of 2019, photovoltaic systems represented about 97 percent of utility-scale solar power capacity, and whether in large or small arrays, photovoltaic (PV) solar panels are certainly subject to shade, dirt, and aging. They are also affected by even more stresses that cut into power output, such snow and ice, or wind and animal damage to wiring.

The highest efficiency solar panels on the market today can reach almost 23 percent efficiency, and efficiency is improving all the time. Most recently, researchers at the U.S. Department of Energy’s National Renewable Energy Laboratory created a solar cell with a record 39.5 percent efficiency, they announced in May.

And that is excellent news because, as Munzke points out, it’s a real problem to find available lands to establish PV solar parks in the densely populated regions of the world, where power is needed most. That means people must use the space available in existing solar parks “far more efficiently.”

At the Solar Park 2.0 project on the campus of the Karlsruhe Institute of Technology, researchers are developing electronic components and methods to achieve maximum efficiency.

Solar Park 2.0 is funded by Germany’s Federal Ministry for Economic Affairs and Climate Action with €2.5 million. The project started in July 2022 and funding is scheduled for three years, through June 2025.

Among the partners are Karlsruhe University of Applied Sciences and the German companies BRC-Solar and PREMA Semiconductor that jointly developed the power electronics for maximum power point tracking based on application-specific integrated circuits. 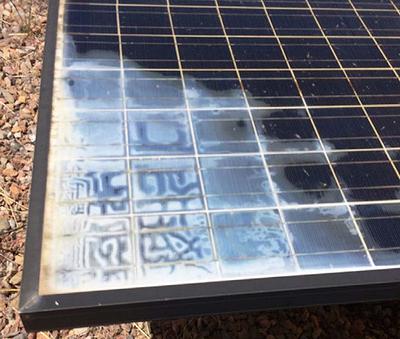 The German company BRC-Solar explains the system this way, “If shading affects a solar module, all other modules will supply less power. The weak module reduces the power of all the others. Modern systems can prevent this by “switching off” the module. This causes a lot of energy to be lost and creates hot spots that can damage the photovoltaic system.”

Lukas Stefanski at KIT’s Institute of Electrical Engineering carries the explanation further, saying, “The output of the module results from the current multiplied by the voltage level. At the maximum power point output is highest, meaning that the maximum possible yield is reached.”

Stefanski explains what goes wrong when underperforming modules are part of a series. “When several photovoltaic modules are connected in series, or strings, and several strings are connected in parallel, shading and failures of single modules reduce the power produced by the whole facility,” he says.

A PV module’s maximum power point changes all the time, affected by factors like temperature and position of the sun. To get optimal module operation the voltage must be adjusted continuously.

As a solution, the BRC Power Optimizer allows the harvest of remaining energy of the weak module without weakening the performance of the other modules in the string. BRC technology “can change the relationship between current and voltage,” the company says.

Other partners supply vital components. The Solarwatt company helps integrate power optimizers directly in the photovoltaic modules. The Institute for Photovoltaics of the University of Stuttgart contributes its wireless monitoring system system and optimizes it.

The project aims to come up with an AI-supported method to predict the power production of PV modules based on actual operations data. This can be used to identify any PV modules in an array that are underperforming due to factors like shade, damage, or dirt, and fix the problems so these modules, too, can perform as engineered – raising the efficiency of the whole array. 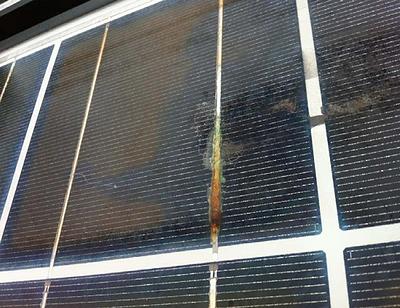 For this purpose, a circuit patented by KIT called High Efficiency Low Effort Maximum power point tracking, or HiLEM, is at work as part of the Solar Park 2.0 project.

Combination of a HiLEM circuit with the specialized power optimizers allows for simultaneous maximum power point tracking of both single modules and strings of modules.

Stefanski says there are many benefits to this unique system. “This not only increases the yield of the photovoltaic facility, but also the service life. At the same time, operation costs are reduced,” he said.

The aim of the Solar Park 2.0 project is to develop an economical initial and retrofit solution for large PV systems, and smaller solar arrays that serve smaller clusters of buildings or even a single building will also benefit from this technology.

The new solar efficiency optimization components will be evaluated in two PV test facilities of 30 kilowatt-peak each on KIT’s Campus North.

Markus Becker from KIT’s Institute of Electrical Engineering, works closely with Solar Park 2.0. He says the two test facilities “will help us find out at which point of solar parks installation of power optimizers would be worthwhile.”