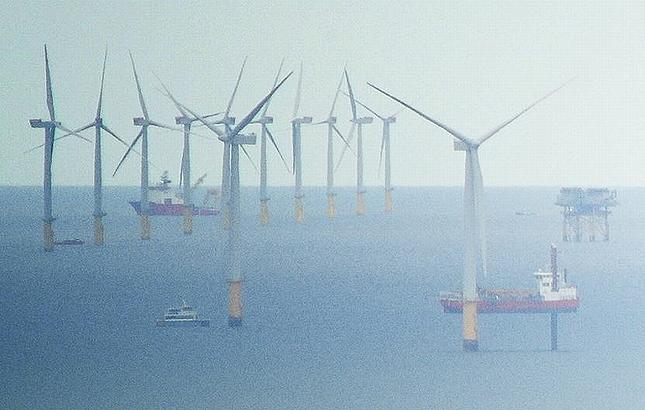 Today there are roughly 230,000 EVs on British roads. This number must grow to 46 million EVs by 2050 to the promised goal of a net zero economy by 2050. The concept of net-zero emissions is parallel to that of climate neutrality.

Net-zero emissions will be achieved when human-caused greenhouse gas emissions are balanced out by removing such emissions from the atmosphere, according to the nonprofit World Resources Institute. First, human-caused emissions — like those from fossil-fueled vehicles and factories — would be reduced as close to zero as possible. Any remaining emissions would be balanced with an equivalent amount of carbon removal, by restoring forests, for instance, or through direct air capture and storage technology.

During this first month post-Brexit, Britain is feeling its own way toward sustainability and the reversal of climate change; the Decarbonisation Action Plan is a roadmap to that destination.

The new plan also aims to support the development of an offshore grid to enable a four-fold increase in offshore wind generation over the next 10 years and a fund to encourage investment in climate solutions.

“Britain has come a long way,” Brearley said. “It has decarbonised faster than any other major economy, but we must go further, particularly on heat and transport. We are taking an approach that recognises that our role protecting consumers includes achieving net zero.”

“As low-carbon renewable energy grows and more transport goes electric, the energy system needs to be more flexible to respond to peaks and troughs in both supply and demand. Our new price controls for network companies will clear the path for this, providing the incentives for investment for the future,” promised Brearley.

“It is now vital that the energy industry rises to the challenge and demonstrates how it will work with the government and Ofgem to decarbonise Britain’s energy system at lowest cost,” he said 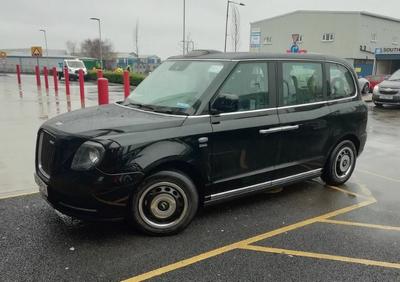 The LEVC TX on a rainy London street. This purpose-built hackney carriage is manufactured by the London EV Company (LEVC), a subsidiary of the Chinese auto-maker Geely. February 4, 2019 (Photo by Mick Baker) Creative Commons license via Flickr

The plan sets out nine actions. These will ensure energy networks are ready to deliver net zero, encourage innovation to provide new low carbon products and services for consumers, and support government to tackle the tough question of how to decarbonise the heat and transport sectors.

To achieve net zero, Britain will make changes to the way homes and businesses are heated. These changes might include using hydrogen boilers or electricity to power heat pumps, and may see more customers connected to heat networks, the plan predicts.

To bolster the UK’s offshore wind sector, Ofgem will explore with government and stakeholders how offshore networks could best enable the rapid growth of offshore wind power. A more coordinated approach will make it easier and cheaper for the electricity that offshore wind generates to reach consumers.

The plan recognises that there are problems to overcome, such as fairly distributing the cost of a low carbon energy system between the consumers of today and tomorrow.

Ofgem will establish a Net Zero Advisory Group to consider and comment on Ofgem’s moves, especially regarding innovation and price controls.

Another goal to keep in mind as the country moves toward net zero is control of “greenwashing,” by energy supply companies that mislead consumers about the sustainability of their energy mix.

Several energy suppliers have drawn criticism by launching green tariffs that use mechanisms such as Renewable Energy Guarantees of Origin (REGO) certificates.

The purpose of the REGO certificate is to prove to the final customer that a given share of the energy consumed was produced from renewable sources. As such, the primary use of REGOs in Great Britain and Northern Ireland is to meet the Electricity Fuel Mix Disclosure (FMD) Regulations of 2005.

FMD requires licensed electricity suppliers to disclose to potential and existing customers the mix of fuels – coal, gas, nuclear, renewable and other – used to generate the electricity supplied. All EU Member States are required to have such a scheme, and the UK has had one too.

Ofgem says that administration of the REGO scheme and fuel mix disclosure is not affected by Brexit, and the agency will continue to issue REGOs and accept guarantees of origin from EU member states after exit day, which was January 31.

A vocal critic of greenwashing has been the Good Energy Group PLC, a British energy company based in Chippenham, Wiltshire that generates and purchases renewable electricity, and supplies green electricity and gas to homes and businesses throughout the UK.

Good Energy’s policy expert Tom Steward said, “We’ve never seen a clearer intent from the regulator to crack down on greenwashed energy tariffs. It is brilliant to see Ofgem acknowledge that some suppliers are overstating their environmental impact and that it plans to put a stop to consumers being misled.”

Ofgem Chairman Martin Cave has said, “Ofgem’s role is to ensure that consumers, especially the vulnerable are protected from sharp practice and receive fair treatment.”

Until last October, Brearley was the Ofgem executive director for systems and networks. On the occasion of his appointment to the top Ofgem job last October, he said, “Since starting work in energy and climate change over a decade ago, I have a deep passion for this sector. I am determined to deliver the best possible energy system for Britain’s consumers. Ofgem has a key role to play in protecting consumers and supporting the transition to a net zero economy by 2050, which will see the most dramatic change in energy for generations.”