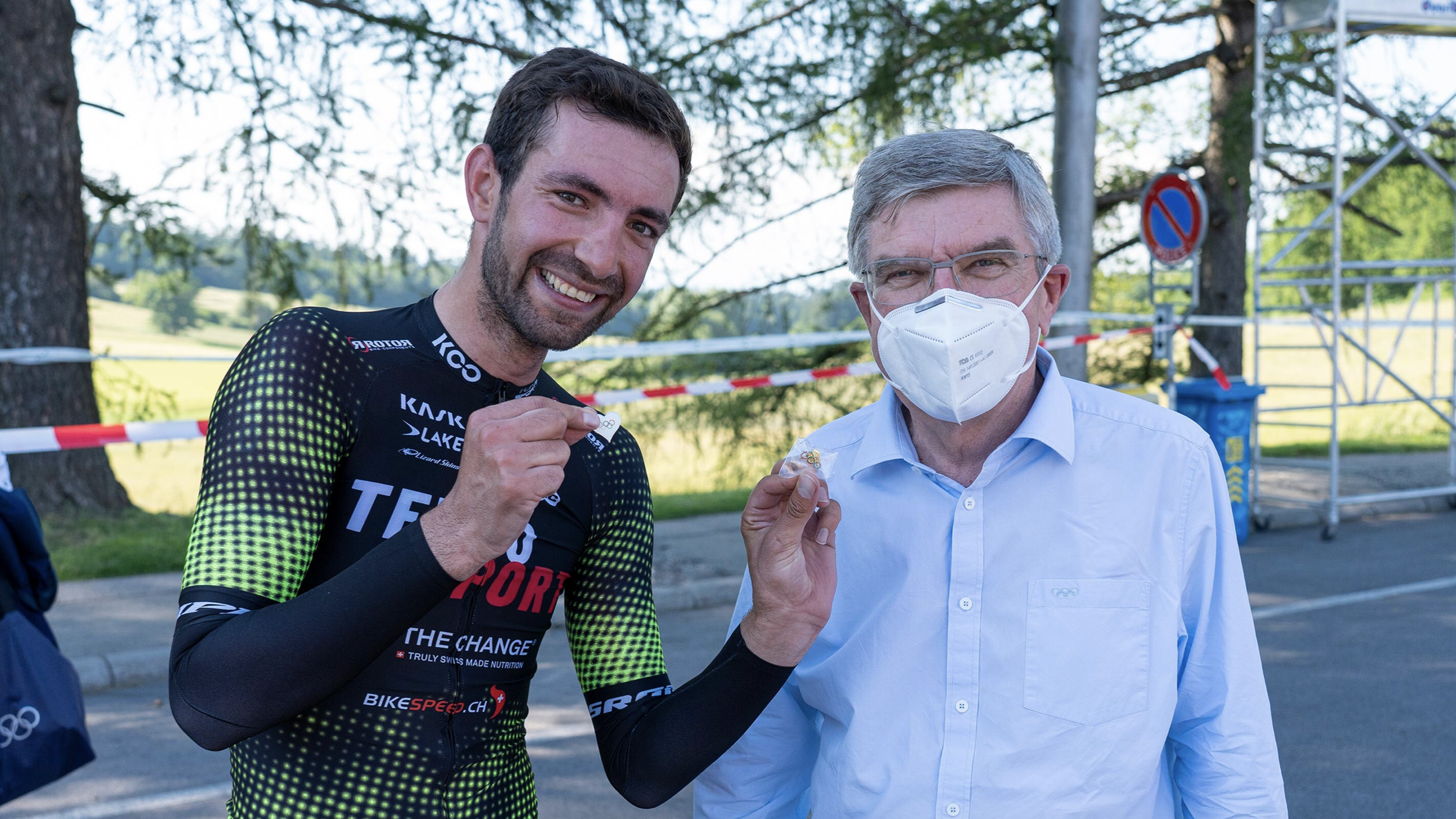 TOKYO, Japan, July 27, 2021 (Maximpact.com Sustainability  News) – For the second time in its history, a Refugee Olympic Athletes Team is competing at an Olympic Games. With members from 11 countries, including Syria, South Sudan, Iran and Afghanistan, this team does not march behind one country’s flag, and no national anthem is played for them.

Instead, these 29 athletes represent hope and solidarity with more than 82 million refugees and displaced people throughout the world.

The 10 member Refugee Olympic Team was created by the International Olympic Committee for the 2016 Summer Olympics in Rio de Janeiro, Brazil. The motivation was to allow athletes to keep competing even if they have been forced to leave their home countries. This year in Tokyo, the Refugee Olympic Team includes 29 athletes competing in 12 sports.

“For us, the @refugeeolympicteam is a message that whoever we are and wherever we’re from, we deserve to be safe and to pursue our hopes and dreams. And that our shared humanity always comes before nationality,” the refugee team posted on Instagram.

Among the Tokyo 2020 Refugee Olympic Team athletes is swimmer Yusra Mardini, 23, @yusramardini who escaped conflict in Syria and is currently living in Hamburg, Germany. She helped steer a boatful of people to safety by jumping into the waters of the Aegean Sea when its motor broke down on the way from Turkey to Greece. They then traveled on foot through Europe to Germany, where they settled in Berlin in September 2015. Her parents and younger sister also fled Syria and now live in Germany.

Mardini was a member of the Refugee Olympic Athletes Team, that competed under the Olympic flag at the 2016 Summer Olympics in Rio de Janeiro. In April 2017, she was appointed a United Nations Goodwill Ambassador for the UN High Commission for Refugees (UNHCR).

Of her slot on the Refugee Olympic Team, Mardini says, “I think it’s a great opportunity to represent millions of refugees around the world, to represent that those people are normal and have dreams.”

“I also want to remind everyone that refugees are still in the camps, and they really do need our help,” Mardini said.

Mardini’s story is told in the short story collection “Good Night Stories for Rebel Girls” by Elena Favilli and Francesca Cavallo. It was narrated as a podcast episode by American journalist and long-distance swimmer Diana Nyad. In May 2018, Mardini’s autobiography “Butterfly: From Refugee to Olympian – My Story of Rescue, Hope, and Triumph,” by was published by St. Martin’s Press. Now there are plans for distinguished British director Stephen Daldry to make a film about her life.

Mardini wrote, “Being a refugee is not a choice. Our choice is to die at home or risk death trying to escape.”

UN High Commissioner for Refugees (UNHCR) Filippo Grandi, said, “Surviving war, persecution and the anxiety of exile already makes them extraordinary people, but the fact that they now also excel as athletes on the world stage fills me with immense pride.”

The 29 refugee athletes were selected from a group of 56 athletes who fled their home countries and got IOC scholarships to train for the 2020 Tokyo Olympic Games. The chosen athletes are competing in 12 sports – athletics, badminton, boxing, canoeing, cycling, judo, karate, shooting, swimming, taekwondo, weightlifting, and wrestling.

Thomas Bach, president of the International Olympic Committee (IOC), was at the Swiss National Cycling Time Trials in Lausanne on June 16 to support Ahmad Badreddin Wais, 30, one of the newly selected athletes on the IOC Refugee Olympic Team Tokyo 2020.

Wais was born in Aleppo, Syria, where he lived with his family. Following two of his brothers, he began cycling at the age of 14, and as his talent became apparent, he moved to Damascus to live with the national cycling team and study sports science in the city of Homs.

With the outbreak of war, life became more difficult, and in 2014, Badreddin decided he had no choice but to flee. Traveling by car through Syria and Lebanon, he then took a boat to Turkey to reunite with family and another ship to Greece. Upon his arrival in Switzerland after the long journey, Wais was welcomed by a friend and his family in Lausanne, and he continues to train as a cyclist in Switzerland. 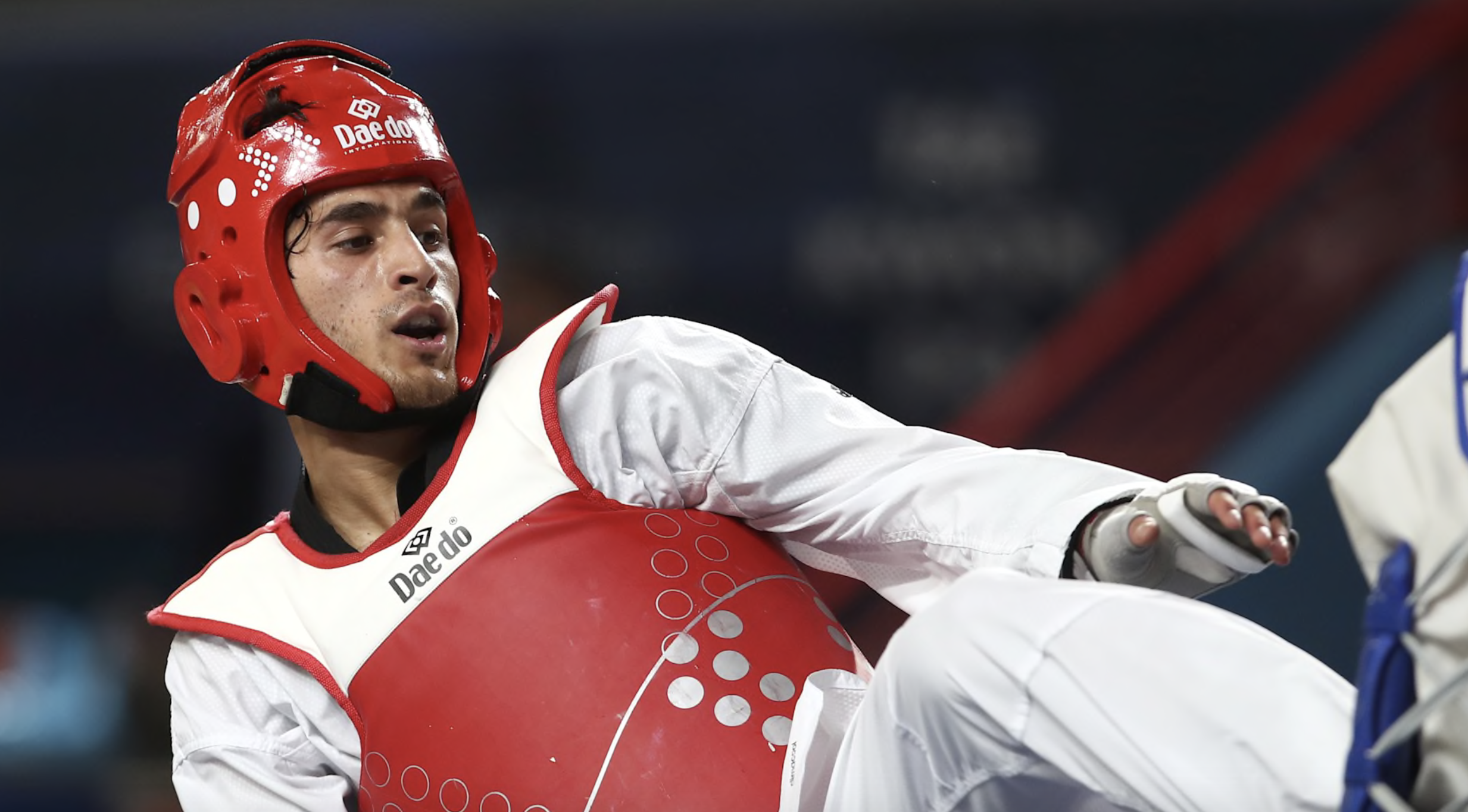 Afghan refugee Abdullah Sediqi, a taekwondo athlete, is on the IOC’s Refugee Olympic Athletes Team. Here, he tries a taekwondo move on his trainer. (Photo courtesy International Olympic Committee) Posted for media use

Afghan refugee and taekwondo athlete Abdullah Sediqi, 26, has been included in the IOC Refugee Olympic Team which is competing in the Tokyo 2020 Olympic Games.

Sediqi fled Afghanistan in 2017 following death threats from gangs due to his sporting ability. He made much of the journey on foot. “There were days I walked for 12 hours straight,” he has said of his escape.

He won silver at the 2019 Spanish Open and bronze at the 2020 Dutch Open, in addition to representing World Taekwondo as a refugee athlete at the 2019 World Championships in Manchester, UK.

“Countries can come together [through] sport, it doesn’t matter who you are. Black, white, woman, man, or what country they’re from. At the Olympics [they’re all] from one place,” Sediqi said.

The Refugee Olympic Athletes Team is being managed in Tokyo by officials from the IOC and the United Nations’ Geneva-based refugee agency, the UNHCR.

There’s also a refugee team at the 16th Summer Paralympic Games, scheduled to be held in Tokyo, Japan between August 24 and September 5, 2021.