Although fossil-fuel rich Russia is now the world’s largest exporter of oil and natural gas, a completely renewable energy system for the region would be half the cost of a system based on carbon capture and storage or even on the latest European nuclear technology, the Finns calculate.

Researchers from Lappeenranta University of Technology modeled a renewable energy system for Russia and Central Asia. Results show that renewable energy is the cheapest option for the continent and can make Russia an energy competitive region in the future.

“We think that this is the first ever 100 percent renewable energy system modeling for Russia and Central Asia,” said Professor Christian Breyer, co-author of the study.

“It demonstrates that Russia can become one of the most energy-competitive regions in the world,” Breyer said.

Wind power amounts to about 60 percent of Russia’s renewable energy production, while solar, geothermal, biomass and hydropower make up the remaining 40 percent.

The total installed capacity of renewable energy in the system today is about 550 gigawatts.

The first geothermal power plant in Russia was built at Pauzhetka, Kamchatka, in 1966, with a capacity of 5 MW. By 2005, the total geothermal installed capacity was 79 MW, with 50 MW coming from a plant at Verkhne-Mutnovsky.

Russia has developed a new 100 MW geothermal power plant at Mutnovsky and a 50 MW plant in Kaliningrad.

The Mutnovsky geothermal steam field has been under exploration for 20 years, and to date more than 90 wells have been drilled.

The geographical area of the Finnish research covers much of the northern hemisphere. In addition to Russia, the research area includes Belarus, Kazakhstan, Uzbekistan, Turkmenistan as well as the Caucasus and Pamir regions including Armenia, Azerbaijan and Georgia, and Kirgizstan and Tajikistan.

Many of the countries in the area are currently reliant on the production and use of fossil fuels and nuclear power.

One of the key insights of the research is that energy sectors’ integration lowers the cost of electricity by 20 percent for Russia and Central Asia.

The more renewable capacity is built, the more it can be used for different sectors: heating, transportation and industry. This flexibility of the system decreases the need for storages and lowers the cost of energy.

Established in 2009 as non-commercial partnership, today RAWI membership includes more than 40 Russian and foreign organizations as members, working toward development of the Russian wind power market.

RAWI aims to develop the wind power market in Russia as development of wind farms, and the localization of production of wind turbines in Russia.

Solar power is attracting attention, and funding too.

On December 18, the trading system administrator OJSC ATS, a subsidiary of the NP Market Council, announced the results of selection of investment projects for the construction of generating facilities using renewable energy sources for the years 2016 – 2019.

The government has authorized eight solar projects with a combined capacity of 95 MW by Avelar Solar Technologies, a unit of Hevel Solar.

Also, Solar Systems and T Plus won contracts for 50 MW and 135 MW, respectively.

According to a recent report by GlobalData, Russia’s cumulative installed non-hydro renewable power capacity is expected to grow to 2.87 GW by 2025, with the country realizing a tiny portion of its potential.

Last year, the country approved 557 MW of renewable energy projects, most of which were solar. 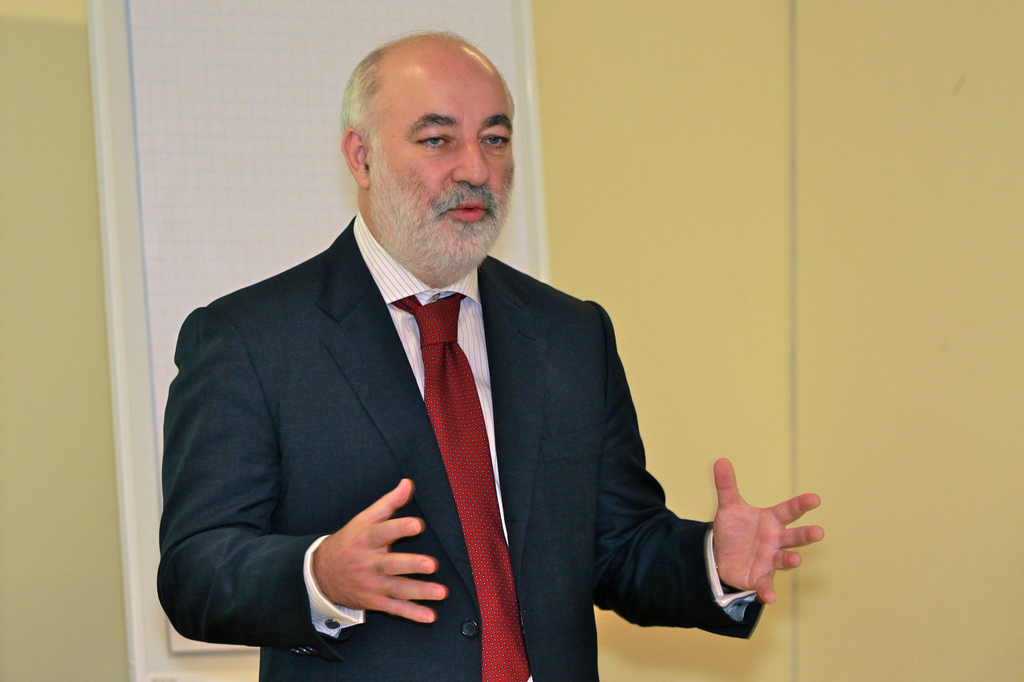 Viktor Vekselberg, one of Russia’s oil billionaires, has been developing solar power with his Hevel solar venture.

Hevel LLC, a joint venture of Vekselberg’s Renova Group and state-owned Rusnano founded in 2009, is the largest integrated solar power company in Russia. Hevel Solar is expected to construct 22.5 billion rubles ($450 million) worth of solar projects through the year 2018.

In 2015 Hevel launched Russia’s first full-cycle plant for the manufacture of solar cells. Located in Novocheboksarsk, Chuvash Republic, it has the capacity to manufacture 97.5 MW annually of thin-film solar modules.

The new plant will produce thin-film solar cells by deposition of nanolayers, reducing use of silicon – the main raw material in solar energy equipment – by up to 200 times.

These solar cells can generate electricity even in cloudy weather, which makes them well suited to the Russian climate.

The Hevel modules will be used for the construction of solar power plants for people living in remote areas of Russia. The company expects to build solar power plants with a total capacity greater than 500 megawatts by the end of 2020.

On October 29, 2015 Hevel and Rusnano launched the first stage of a 10 MW solar power plant in Buribay, Republic of Bashkortostan. The launch command was given via TV bridge by the Minister of Energy of Russia Aleksander Novak, High-Tech Assets Development Director of Renova Group Mikhail Lifshitz and Chairman of the Executive Board of Rusnano Anatoly Chubais from the Open Innovations Forum.

The Kosh-Agach solar power plant in Russia’s Altai Republic is already operational, and design and construction work is now underway on large solar power plants in the Orenburg and Saratov regions and also in other parts of the country.

To set up a solar power R&D center, Hevel is partnering with the Ioffe Science and Technology Center in St. Petersburg, the only scientific organization in Russia that conducts solar energy research and development.

One of the main drivers behind the push to renewables is the idea that diversifying power generation will benefit the country.

In fact, overall, Russia appears to be paying more attention to environmental issues.

Image 02: The company Avelar Solar Technology, a division of Hevel LLC, was established in 2011 to promote projects in the field of solar energy in Russia and the CIS countries.