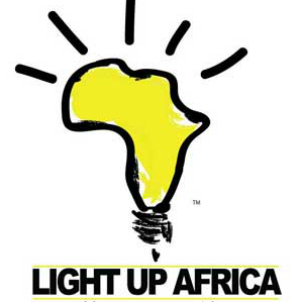 Lack of electricity is a barrier to development for millions of people around the world. Without an affordable source of electric light students can’t study, craftspeople can’t produce goods and businesses are limited in when and how they can operate. The electricity shortage is particularly acute for people living in rural areas, many of whom are forced to walk hours simply to charge the mobile phones that provide vital links to networks and services.

Light Up Africa (LUA) is a for-profit company with a mission to bring reliable, affordable electricity to the developing world, starting with Kenya. The brainchild of founder Alan Hurt, an engineering student from Northern Illinois University, its first product is the Zoom Box, a portable device for harnessing the kinetic energy from everyday activities and storing it in a battery. This small and highly adaptable generator can capture and keep energy from the movement of cattle and livestock, bicycles, scooters, motorcycles and even fishing boats. It can create energy when attached to children walking to school or women fetching water; or even people dancing. 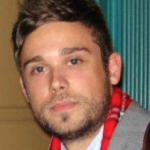 “When was the last time you had to go without electricity for a day? Now imagine going one day,one month or your entire life without access to electricity. That is how life is for 85% of Kenyans, over 500,000,000 Africans and 1.5 billion people around the world.” Light Up Africa founder Alan Hurt

Given the appeal of this simple, clever idea, Light Up Africa has a kinetic energy all its own. In little more than a year what began as a gleam in Hurt’s eye was developed by him and three fellow students into a proposal for the first-ever Social Venture Business Plan competition held by the NIU College of Business. They won, carrying away $10,000 and an introduction to experts for further advice. Further developments have lead to LUA’s selection as one of only 200 semifinalists of the Dell Social Innovation Challenge, a competition that attracted some 1700 submissions.

Maximpact.com caught up with Alan Hurt during a recent trip to Kenyan and spoke to him about Light Up Africa’s plans for the future:

“We’ve come a long way in less than a year,” said Hurt.” Within this time, we’ve made some significant changes to not only our business model, but also to the product itself. We decided that as a company investing in Africa, we had to stop talking and start listening more. We met with individuals, families, and entrepreneurs. And we learned that, while a stand alone product that brings access to electricity wouldn’t change the world, a platform would.

So we went back to the drawing board and designed not only a product, but also a platform that combines the mobile with the immobile and energizes consumers into entrepreneurs. We designed a way to capture and store energy from what Kenyans are already doing everyday: moving. In this way we effectively create an energy currency in a mobile market.

During this discovery process, we applied for highly selective fellowships and business accelerators like The Impact Engine, Starting Bloc, Global Engagement Summit, and Think Impact and got accepted. Most importantly, we’ve raised over $35,000 in less then a year while growing our relationships with those on the ground who understand the market and climate the most.

In the next six months we will finish product development, then manufacture and launch our second pilot program in western Kenya. We are really excited to share what we’ve learned with the world.”