Top Trends for Grantmakers for 2016 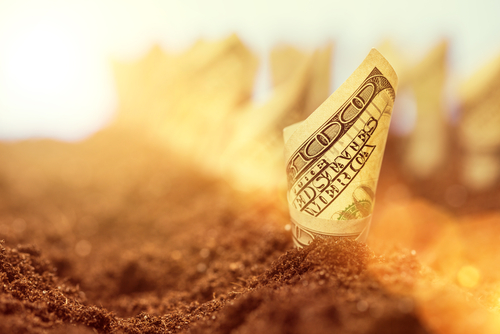 by Kerrin Mitchell, Co-founder and COO of Fluxx

Now that we’ve had a few weeks to settle into 2016, it’s time to look ahead ­– to the big ideas and trends that are likely to dominate the conversation in the philanthropic sector for the next 12 months and beyond. From billionaire tech tycoon philanthropy to the smallest crowdfunded community initiative, the year in philanthropy promises to test big ideas and, as always, refine the everyday hard work of grantmaking. Here is our, by no means exhaustive, list. Enjoy.

Bill Gates along with British Chancellor George Osborne have pledged $4.3 billion to eradicate malaria, one of the world’s most deadly diseases. The effort re-enforces Gates’ status as the grandfather of tech philanthropy who has opened the door for others in Silicon Valley, like Elon Musk of Tesla Motors and Reid Hoffman of LinkedIn, who have formed a $1 billion nonprofit, OpenAI, which aims to research and develop “digital intelligence” projects. The alliance between the tech and nonprofit sectors is, without question, one of the bigger trends to watch in 2016, as many major players are throwing their names into the philanthropic ring. The most notable example perhaps is Mark Zuckerberg who made waves when he and his wife announced last month that they are planning to give the majority of their fortune to nonprofit causes. Focusing primarily on promoting education and community, Zuckerberg is quickly becoming one of the biggest names in philanthropy. We’re optimistic he’s taken to heart lessons-learned from his 2010 foray into education reform in Newark.

It’s safe to say that big data is changing the way foundations are making decisions. Long gone are the days of paper quarterly or yearly reporting. Gathering data to understand trends and predict future behavior – often in real time – will continue to be a major focus for foundations in 2016. Understanding and analyzing data can help foundations measure impact, track donor behavior, and make hyper-accurate predictions about the impact of their grantmaking. In 2016 I expect to see many more philanthropic leaders taking actionable steps toward measuring impact. The case has been made that impact measurement is of critical importance. 2016 is the year to act. Foundations like the Children’s Investment Fund Foundation, Arcus Foundation, and others are already making great strides in this area.

In 2015, there was a surge of philanthropic announcements endorsing the practice of impact investing, including Kresge’s announcement of their $350 million impact investing funding pool and Heron Foundation’s public commitment to move 100 percent of their assets to impact funding. Unlike traditional grantmaking, impact investing refers to investments in companies, organizations, and funds with the intention to generate beneficial social impact alongside a financial return. In the wake of Kresge’s and Heron’s announcements, we’ll be interested to see which foundations follow through by putting all of their investments toward their missions. While philanthropists like Pierre Omidyar have been able to step outside of the bounds of traditional philanthropy in this way, it remains to be seen if foundations will do the same.

2015 showed us that philanthropy is no longer just for private foundations, with the enduring popularity of crowdfunding websites, like Kiva and GoFundMe, built to aid nonprofits. Then in October, Indiegogo launched Generosity, a site which allows nonprofits to gain access to crowdfunded resources without having to to pay any membership fee. This allows 100% of the money a nonprofit collects to be used for the greater good, while simultaneously lowering the bar so that people can help support causes they care about regardless of their income. Looking at all this progress, it’s safe to say that crowdfunded philanthropy will continue to grow and expand throughout 2016.

According to Inside Philanthropy donor-advised funds will be as popular in 2016 as they were last year, bringing many more newcomers to the philanthropic table. Many donors love DAF’s as a way to set aside money for charitable giving and for their immediate tax benefits. However, critics of DAF’s worry that the money set aside in these accounts will never see the light of day. For a cash-strapped nonprofit that needs operating support now, DAF’s may not sound so attractive. Is this the year the critics find traction? Not likely, according to David Callahan at Inside Philanthropy.: the convenience of DAF’s will continue to bring new and younger donors into the world of giving, making 2016 another “boom year”.

Women’s empowerment has been a philanthropic goal for a long time, but in the past few years foundations have been making an extra effort to support women’s equality. On top of that, as women have gained a foothold in some sectors of the economy, they have also become more prevalent in the philanthropic field, and 2015 saw more women participating in grantmaking than ever before. Just to name a few – Michele Sullivan at Caterpillar turned her focus to girl’s education with WASH, the Virginia B. Toulmin Foundation is using $15,000 of grants to support women composers, and the Adrienne Shelley Foundation is providing production grants and other resources specifically for women filmmakers. We’re hoping to see these trends continue both domestically and internationally as we move further into 2016. 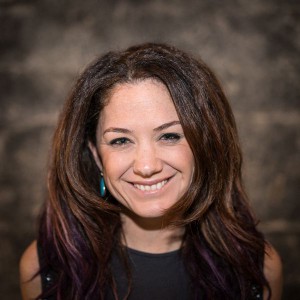 Kerrin Mitchell is the Co-founder and COO of Fluxx, a comprehensive technology platform that aims to unite foundations and non­profits worldwide. Kerrin started her career at Cisco Systems as a Finance Business Manager. After seven years of working at Cisco, Kerrin decided to join the startup world and join Sprout as VP of Operations. In 2010 Kerrin co-founded Fluxx where, in under five years, she has bootstrapped the company to year over year triple digit growth and a client portfolio of over $150B in assets. She earned a B.S. in Economics from Duke University, a Certificate in Advanced Program Management from Stanford University and a Certificate in Accounting from University of California, Santa Cruz.