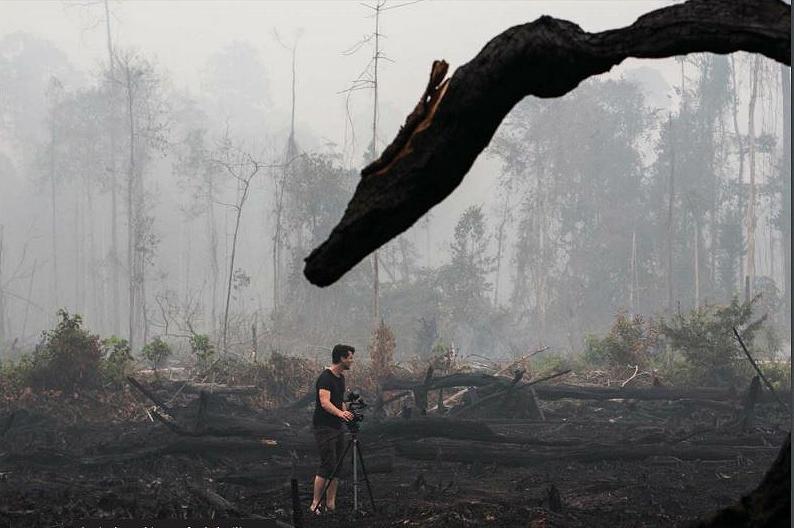 LONDON, UK, December 6, 2016 (Maximpact.com News) – Despite its impressive name, the Environmental Investigation Agency (EIA) is not a government agency but a small nonprofit that has become one of the world’s most effective conservation groups.

Based in London, EIA conducts diligent, carefully planned undercover investigations that produce the credible intelligence and persuasive photos and videos necessary to catch criminals and bring them to justice.

EIA was formed in 1984 by environmentalists Dave Currey, Jennifer Lonsdale and Allan Thornton, three environmental activists in the United Kingdom. They immediately touched off an international outcry by documenting the annual slaughter of hundreds of pilot whales in Denmark’s Faroe Islands.

Since then, EIA employees have been carrying out research and analysis of trade incidents, trafficking hotspots, routes and methods, and patterns of demand for illegal animal parts and other evidence of illegal activity using databases and other information sources to investigate and expose crimes against wildlife and the environment.

EIA carried out its first pioneering undercover investigations into the ivory trade in 1987. Investigators travelled through parts of Africa, the Middle East and Asia uncovering the true nature of a business that had reduced the population of African elephants from 1.3 million to only 600,000 in 10 years.

The international ivory trade moratorium, which took effect in 1989, would not have been in place without the EIA. Currey and Thornton received the Albert Schweitzer Medal for their work by the Animal Welfare Institute in the United States.

EIA investigators have uncovered more about some aspects of this trade, such as military involvement in South Africa and Zimbabwe, and ivory used as currency to buy arms in conflict areas.

Fast forward to this past October for evidence of EIA’s effectiveness.

EIA’s report “Collateral Damage,” launched during the 17th Conference of the Parties to the Convention on International Trade in Endangered Species (CoP17) in Johannesburg, South Africa, provided much-needed information on the illegal totoaba fish maw trade in China.

“People in Asian cultures use the swim bladder in a soup called fish maw,” says Erin Dean at the U.S. Fish and Wildlife Service. “It’s also reputed to have some medicinal value; it’s thought to boost fertility.”

What investigators found is that Mexican fishermen use giant gill nets to catch totoaba that incidentally snare and kill critically endangered vaquita porpoises. There are now less than 100 of these porpoises left on Earth. Both species are found in only one place – Mexico’s Gulf of California.

This activity is a violation of both Mexican and international law, since the totoaba and the vaquita are listed by international treaty as endangered.

The decision adopted at COP17 requires governments to curb the illegal catch and illegal trade in the totoaba fish. Countries must report their enforcement results next year.

China has now committed to collaborating and contributing to the conservation of totoaba, together with Mexico and the United States.

EIA’s media expertise is useful in helping the group shape world opinion. Films featuring the work of the Environmental Investigation Agency picked up top awards in 2012 at the 35th International Wildlife Film Festival in the United States.

EIA is no stranger to event, held annually in Missoula, Montana, after taking the award for Best News Programme in 2010 with “Eco Crime Investigators: Skin and Bones.“

“Making a Killing,” about the exposure of Iceland’s hunting of endangered fin whales for export to Japan, was awarded Best of Category: News.

“These films have been very useful in helping to spread the word to a wider audience of EIA’s unique and important work on the front lines of the fight against environmental crime,” said Executive Director Mary Rice.

EIA counts as its other major successes:

In 2007, EIA was presented with two awards at the 20th anniversary meeting of the Montreal Protocol on Substances that Deplete the Ozone Layer. The awards recognize the work done to expose and close down an illicit international trade in refrigerants known as CFCs and other chemicals that damage the ozone layer.

Since 2007, the EIA has been advocating for an amendment to the Montreal Protocol that would phase down refrigerants known as HFCs. These chemicals replaced CFCs but were later found to also be damaging to the ozone layer.

On October 15, 2016, 197 countries adopted such an amendment in Kigali, Rwanda. Countries committed to cutting the production and consumption of HFCs by more than 80 percent over the next 30 years.

The Kigali Amendment will cap and phase down HFC consumption starting in 2019, with developed countries taking action first.

Most developing countries, including China, by far the largest HFC consumer and producer, have committed to freeze HFC consumption in 2024. A second later schedule was agreed for a small number of countries including India, Kuwait, Pakistan and Saudi Arabia.

EIA UK Climate Campaign Leader Clare Perry said, “Compromises had to be made but 85 percent of developing countries have committed to the early schedule starting 2024, which is a very significant achievement.“

“According to our initial calculations this deal will avoid more than 70 billion tonnes of CO2e [carbon dioxide equivalent] emissions by 2050 – which will be close to avoiding a half a degree of warming,” she said.

EIA US Executive Director Alexander von Bismarck said, “The Kigali Amendment, with the Paris Agreement, gives 2016 the biggest one-two punch in the history of battling global warming. Still, with billions of tonnes of emissions left untouched, the ultimate power of the Kigali Amendment now depends on accelerating the removal of these industrial climate-killers in upcoming meetings.”

EIA now seeks to apply its experience to other categories of controlled chemicals, which are harmful to the environment, such as hazardous waste and pesticides.

This project will conduct scoping research into the illicit trade in controlled chemicals and, using this information, prepare for a series of investigations to raise awareness and understanding of the issues at the governmental and institutional levels.

The group aims to achieve improved enforcement of international conventions regulating trade in harmful chemicals and to foster cross-border cooperation between nations.

Meanwhile, it’s the holiday season, and EIA suggests giving your loved one a compact camera to use for documenting illegal activity