Our latest spotlight deal; HydroMentia; can do just that. The company delivers sustainable, commercial-scale water treatment using natural algae to remove high levels of nitrogen and phosphorus from wastewater, surface water and other water bodies. 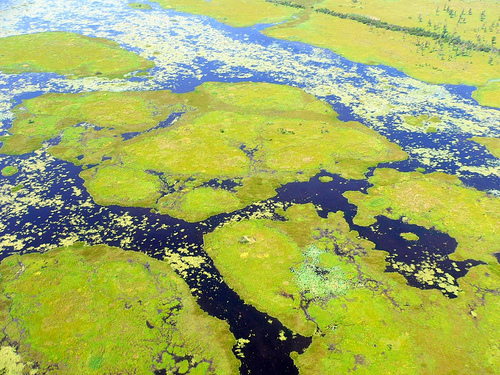 Algal blooms are a problem in the Gulf of Mexico and thousands of other water bodies across the world. Caused by increased nutrient levels in the water, these blooms can contaminate seafood, spread disease and lead to marine mammal and seabird deaths as well as extensive fish kills, according to the EPA. Now HydroMentia has found a way to turn the destructive characteristics of algae into a water treatment powerhouse by making a virtue of what these organisms do best: Recovering excess nutrients.

HydroMentia has spent several years perfecting their water treatment technology to harness nature’s power for nutrient pollution control by optimizing algae’s natural capabilities. With a growing reputation, the process has been described as “best in its class” for improving water quality at low treatment levels using sustainable attached algae systems. 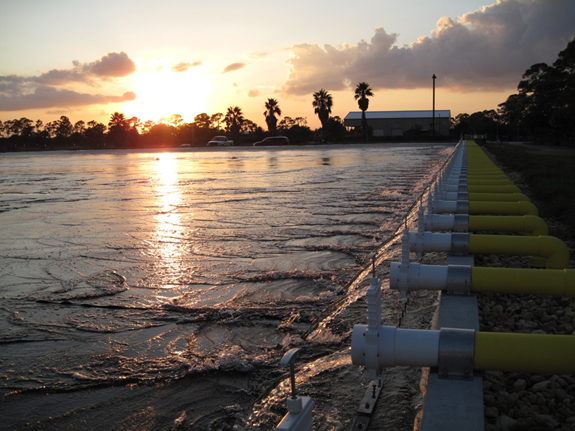 The system is based on shallow, sloped pools in which contaminated water is passed over dense beds of attached algae. As they reproduce, the algae remove nitrogen and phosphorus (as well as CO2) from the water. The algal biomass is then recovered and processed to recover organic and inorganic by-products, a practice that maintains the algae in an accelerated growth phase. The algal biomass is then processed into marketable commodities such as soil-enhancing compost or livestock feed. The process is less expensive than more established chemical treatment methods and uses far less land areas than traditional treatment wetlands. 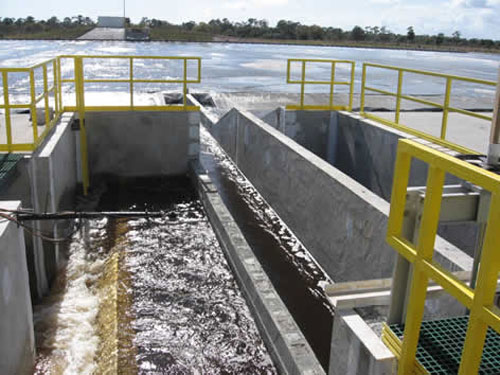 The Algal Turf Scrubber, one of the company’s leading products has been demonstrated at commercial and pilot scale from Florida to New York and from Chesapeake Bay to California. One county in Florida has successfully operated this product for several years, with a second system being installed in 2014. Other clients in the pipeline include a mining company and an environmentally responsible real estate development.

The company is well positioned to expand both within the US and globally due to their widely applicable solution to a growing challenge. In order to do that they are seeking 1 million to 5 million USD in investment and have their eyes set on the impact investing community.

At the moment HydroMentia is still looking for investors and collaborators, so if you would like to learn more about this deal, register with Maximpact today further explore their potential.