WEF16: Promises and Perils of the Hi-Tech Revolution 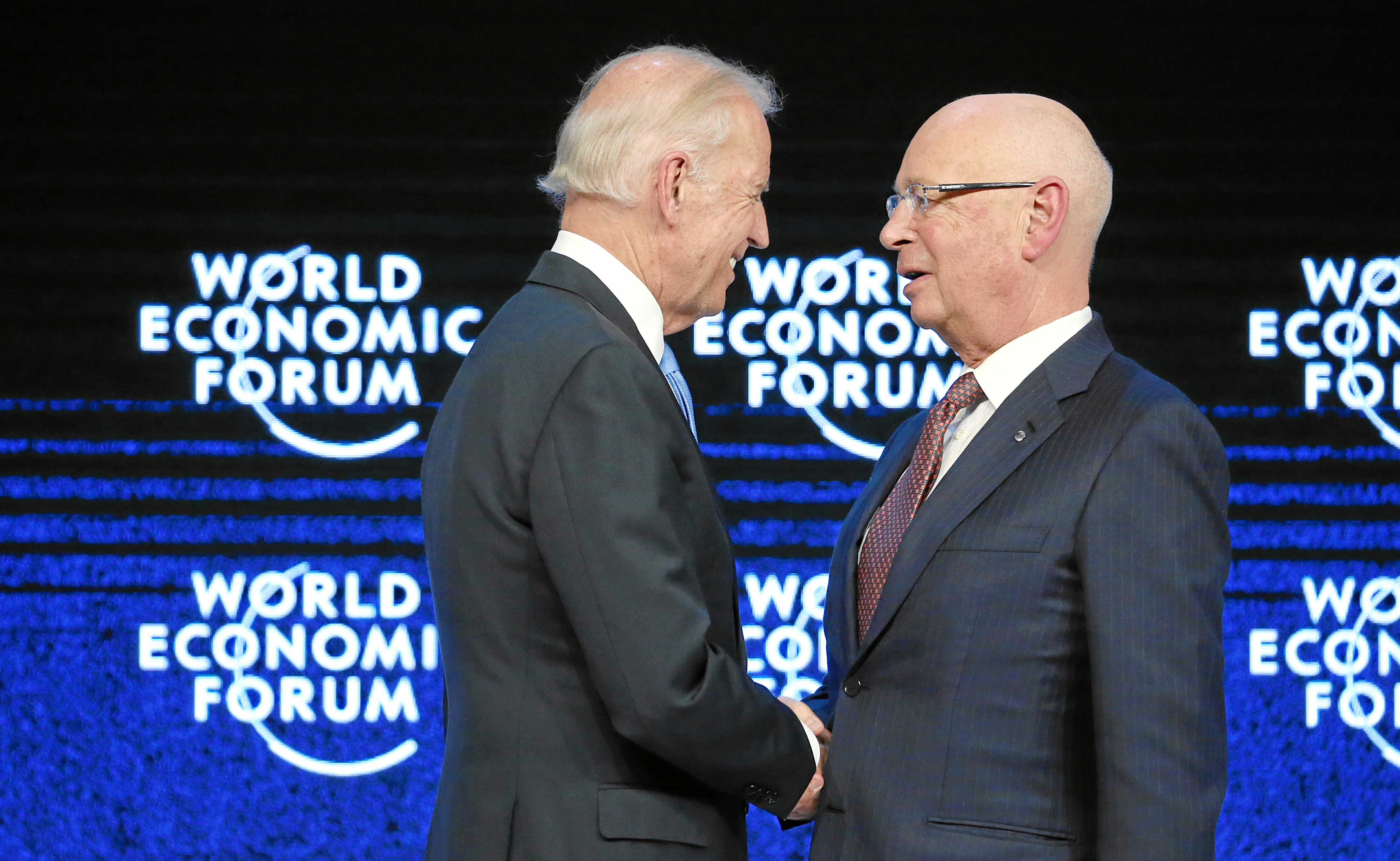 On January 20, at the opening of the four-day meeting, Professor Klaus Schwab, founder and executive chairman of the World Economic Forum, hammered home the critical importance of that theme.

“We must develop a comprehensive and globally shared view of how technology is affecting our lives and reshaping our economic, social, cultural, and human environments,” said Schwab. “There has never been a time of greater promise, or greater peril.”

The peril is real, as Pierre Nanterme, CEO of the Dublin-based international management consulting services company Accenture explained in Davos, warning, “Digital is the main reason just over half of the companies on the Fortune 500 have disappeared since the year 2000.”

On a Accenture-sponsored panel on People, Machines and the Digital Era, Andrew McAfee co-director of the Massachusetts Institute of Technology’s Initiative on the Digital Economy, said that while that not everyone is benefiting equally from automation and digital technologies, consumers and workers alike are becoming more comfortable with them.

On the side of promise, new research from Accenture shows that 60 percent of the employees polled see technology as improving their own jobs, and half said they believe digital technologies will create new job opportunities.

To avoid the perils of rapid technological change, the time to prepare for the next industrial revolution is now, urged Yale University Economics Professor Robert Shiller, who won the 2013 Nobel Prize in economics.

The promise is also real, as Canadian Prime Minister Justin Trudeau recognized on the Forum’s opening day. “We don’t want technology simply because it’s dazzling,” he said. “We want it, create it and support it because it improves people’s lives.”

“Will this revolution actually transform the global economy? And if it does will it be for the better or for the worse for humanity as a whole?” asked Biden, voicing questions on the minds of all participants.

“Some say the new technologies advances we see are impressive but inconsequential to the overall economy. Some argue that for developed countries sluggish economic growth is the new normal, so get used to it,” Biden said. “But I think we are already seeing that digital advances are consequential.”

Asked by President Barack Obama earlier this month to lead a “moonshot” to eliminate cancer, Biden said, “We are on the cusp of many new and anticipated breakthroughs in cancer treatment.” He mentioned vaccines to prevent cancer and personalized life-saving treatments.

Biden said, “I believe on balance these changes are for the good for people around the world. But they come with real peril, and they require us to be proactive.”

It wasn’t just technology that was on the participants’ minds in Davos. U.S. Secretary of State John Kerry focused on what it will take to ensure “a future of decency and peace.”

“As usual, as we gather here in Davos in 2016, it’s obvious from my comments and your own discussions and everything we know about the world today, we face gigantic challenges. But please, we should remember that compared to any earlier generation, we have tremendous advantages,” said Kerry.

The U.S. chief diplomat struck a positive note despite acknowledging “savage terrorist crimes, populations racked by sectarian violence, social media marred by eruptions of hate, and millions of refugees risking everything to cross dangerous waters to reach freedom, to reach for a better life.”

And that better life is already happening, Kerry said, citing World Bank data that shows the world’s extreme poverty rate has fallen below 10 percent for the first time in history.

“Compared to 1987, when the World Economic Forum first met, the number of democracies has doubled and the number of nuclear weapons has fallen by two-thirds,” Kerry told WEF participants.

“A child today is more likely than ever before in history to be born healthy, more likely to be adequately fed, more likely to get the necessary vaccinations, more likely to attend school, and more likely to actually live a long life,” Kerry said. “Individuals and companies around the world thrive on new technologies that have made possible incredible breakthroughs in communications, education, health care, and economic growth.”

“All of this isn’t because any one country did something or because of what governments alone have done. It’s what happens when people, writ broadly, in faith-based groups, NGOs, governments, private sector, business all come together valuing skills and valuing dignity, respect the rights of each other, and when they believe in the possibilities of progress no matter how many setbacks are confronted along the way,” said Kerry.

A World Economic Forum initiative, the Global Shapers, is working to engage young people in creating the kind of progress Kerry was talking about.

The Global Shapers Community is a network of 454 Hubs developed and led by 5,548 young people in countries throughout the world.

The “Adopt a Goal” event held in Port Louis, the capital city of Mauritius, on January 19, the eve of the Forum, shows the power of these young Global Shapers’ belief in progress.

With the UN’s Sustainable Development Goals having officially come into force this month, the Port Louis Hub was keen to “bring it to the masses” and launch a wide-scale adoption of the 17 goals at individual levels.

Adopt a Goal aims to ensure that youth buy into the SDGs agenda and understand their critical role in making the agenda a reality by 2030. Over the next two months young people in Port Louis aim to collect 100 pledges of action from individuals, students, business leaders, NGOs and government officials.

The Port Louis Hub has more events and participants that any of the others. It was one of four Hubs connecting to Davos on the topic of Sustainability on January 21 with live-streaming video. This Hub proposed its own pledge: going plastic free, taking short showers and buying no clothes in 2016.

These goals may advance sustainability, but they may not advance world trade, at least in the packaging and garment sectors.

Still, in Davos, World Trade Organization Director-General Roberto Azevêdo welcomed the positive mood about the WTO’s work. “People are optimistic about the WTO, and excited to work more closely with the organization. This was clear throughout my exchanges with governments and businesses in Davos.”

At an informal ministerial gathering on WTO issues hosted by the Swiss government on January 23, Azevêdo said, “We will need to see openness and flexibility on both substance and process if we are to make further progress.”

“This conversation must be inclusive,” he urged. “The private sector is very keen to get engaged. This is very welcome but again it should be inclusive. We should seek to hear from businesses of all sizes from both developed and developing countries, as well as from other areas of civil society.”

In the view of General Motors Chairman and CEO Mary Barra, who also served as WEF 2016 co-chair, driving yourself to work in a petrol-powered car will soon be history.

“Technological change rarely advances smoothly. It advances in pulses. In revolutions,” Barra wrote in an article for the WEF 2016 audience.

“This pattern holds true in virtually every field, and each pulse opens the door to new innovations that revolutionize industries and, sometimes, society itself,” she wrote.

“Today, we are at the start of just such a revolution in the auto industry. It is part of the larger ‘fourth industrial revolution’ that is the theme and focus of this year’s annual meeting of the World Economic Forum,” Barra wrote.

“In the auto industry, the revolution is being driven by the convergence of connectivity, electrification and changing customer needs. It is allowing automakers like GM to develop dramatically cleaner, safer, smarter and more energy-efficient vehicles for customers in every market around the world,” she explained.

“I believe the auto industry will change more in the next five to 10 years than it has in the last 50,” wrote Barra, “and this gives us the opportunity to make cars more capable, more sustainable and more exciting than ever before.”

All these challenges are interlinked, said Professor Schwab, “The Fourth Industrial Revolution will require a holistic style of leadership, which views today’s global challenges as inherently connected.”

If a serious business meeting could be said to have a mascot at all, the Dancing Robot is the mascot for World Economic forum 2016.

One thought on “WEF16: Promises and Perils of the Hi-Tech Revolution”