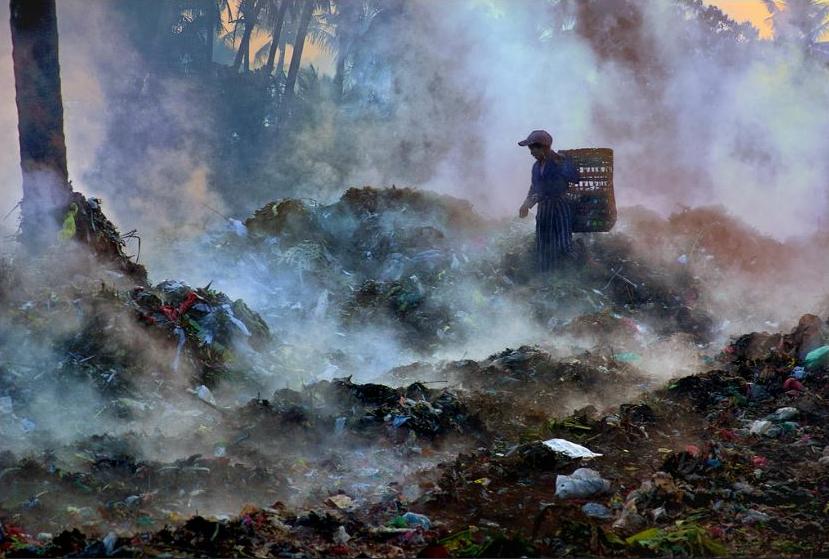 MANILA, Philippines, August 24, 2017 (Maximpact.com News) – Public-private partnerships have an important role to play in improving solid waste management in Asia, according to lessons learned from a five-city project undertaken by the Asian Development Bank (ADB) over the past three years.

Bringing expertise from both private and public sectors to bear on a routinely neglected area of municipal service in Asia would be the most effective way of upgrading landfill design, remediation, construction, and operation, project leaders found.

“Asia’s cities are the engines of incredible economic growth. For many countries, they generate over 80 percent of GDP and improve the lives of millions of people. But this prosperity comes with a price. Take for example the more than one million tons of solid waste that cities generate every day as they grow,” says McIntyre in a report ‘Improving Waste Management: Solutions from Five Asian Cities’ on the project written for the bank.

“Without proper management, the deluge of solid waste causes severe pollution, helps diseases spread, and generates greenhouse gas emissions. It can also exacerbate urban flooding, which can endanger lives and compromise livelihoods particularly for the poor and marginalized,” he says.

Yet in spite of these risks, waste management has been a low priority for most Asian cities, while more attention is given to transport, water, and health services.

McIntyre says that “urban solid waste management interventions can no longer be piecemeal or underfunded” if the world is to meet the UN’s Sustainable Development Goal 12, one target of which is to reduce waste generation by 2030, and ensure sustainable patterns of consumption and production.

The $1.4 million project worked with local authorities in Mandalay in Myanmar, Quezon City and Sorsogon in the Philippines, and Buriram and Mahasarakham in Thailand.

Key assistance was a review and upgrade of municipal 10-year plans for solid waste management plus one tailored project per city.

Issues covered were waste avoidance, minimization, and recycling; waste haulage and disposal; and information, education, and communication campaigns to help avoid and minimize waste and encourage reuse and recycling.

In country presentations and workshops were held in each city to develop and confirm action plans and address policy reform issues. A final workshop was held in January 2017 in Bangkok.

Each of the five project cities has completely different issues that need unique solutions, but all involve both the public and the private sectors. Here, we focus on three of the project cities – two large and one small.

In Myanmar, once called Burma, the project team addressed waste generated by the six townships in Mandalay, Myanmar’s second largest city with a population of over 1.7 million. ‘Mandalay City: Outsourcing Waste Collection Services‘.

Mandalay’s waste collection is supposed to be door-to-door, but large areas have only community bins and informal dumping areas.

The city’s two landfill sites are operated as uncontrolled dumps and are in urgent need of changes to avoid generating landfill leachate, the bank project team found.

“Staff appear to lack skills required for improving the operation. For example, both sites have extensive areas of uncovered waste placed at very flat slopes, thereby maximizing leachate generation and associated hazards. Leachate was observed flowing off the southern dumpsite onto neighboring properties in dry weather,” the project team reports.

“Overall, the sites are poorly run, and fundamental operational and design errors are compounded by budget limitations, which impacts on availability of suitable equipment and material. Examples include an adequate supply of soil cover for daily, intermediate, and final cover application,” writes the team.

After consulting stakeholders, the project team and the Mandalay city government developed and agreed on an enhanced 10-year integrated solid waste management plan.

Due to strong interest from city, the project team conducted a pre-feasibility study on privatizing waste collection in Chan Aye Thar Zan, the main business district of downtown Mandalay. It is home to the city’s biggest shopping center, the Zegyo Market, and most international standard hotels

The study looked at a privatized fleet of compactors that collect waste door-to-door or from bins. It would be fully mechanized and efficient. The private operator could be contracted to provide the staff and technology, but could also be contracted to supply the collection equipment if a longer contract term was awarded.

Quezon City, with three million people, is the largest city in Metro Manila, the National Capital Region of the Philippines. It is the site of many government offices, including the House of Representatives, the lower chamber of the Philippine Congress, yet the municipality does not have a financially sustainable waste collection system.

Reasons for this state of affairs relate to fees for waste management and the length of time private waste collection companies can be contracted to operate the service.

Contracts are limited to one year due to restrictions in the national procurement law. So, private operators are not guaranteed a payback period for modernizing equipment, and there is limited incentive for investing in specialist compactor vehicles and a modern processing plant.

One solution is to provide more incentives to private companies to invest in solid waste management by extending contracts to a term of seven to 10 years or longer. Then private companies could schedule repayment of purchase costs for specialized equipment, but this would require changes to the country’s procurement laws.

As it is, residual waste is hauled to the Payatas dumpsite, which was converted into a controlled landfill 15 years ago. About five years ago, a lined landfill was established on the site. The site is operated and maintained by a private contractor and has more than five years of life remaining with just the current landholdings. But time and landfill space are running out. 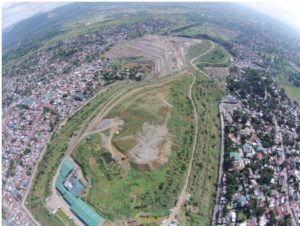 The project team and the Quezon City government designed and agreed on an enhanced 10-year integrated solid waste management plan and a pre-feasibility study was conducted on setting up a waste-to-energy facility with a modular waste capacity of 1,000 tons a day using a stoker-type incinerator.

In Thailand, the project team worked with municipal officials in a small city of 28,000 people in the northeastern part of the country called Buriram, which literally means city of happiness.

They conducted a pre-feasibility study on whether refuse derived fuels could provide a possible method for diverting waste from the landfill. The waste would be separated and prepared to quality specifications, then transported and sold to cement kiln owners who might buy it as a coal substitute for the heating process.

But the base case model showed a significant negative return on investment.

The bank project team concluded that such projects may not be viable in small cities in northeast Thailand due to small waste quantities and high transport costs.

A suggested solution is a public-private partnership that would take in funds from a subsidy to the refuse derived fuels developer through direct Buriram municipality tipping fees and/or central government capital subsidies.

Using lessons learned from the five-city project, the ADB is moving to help other Asian cities deal with their overflowing landfills in a clean, modern way.

In Vietnam in July, the bank and the Da Nang City People’s Committee signed a transaction advisory services agreement to develop a new landfill and waste treatment facility.

Da Nang, a rapidly growing industrial and tourism hub in central Vietnam with a population of over a million, collects about 700-750 tons of solid waste a day. Waste is disposed of in the city’s existing landfill, but the remaining capacity will be fully utilized by 2020.

The project will use a public-private partnership plan. The private sector will design, build, finance, operate, and maintain the waste disposal and treatment facilities that meet the city’s requirements beyond 2020 by applying modern technologies for treating waste.

The concession period and the technologies to be used will be determined based on a feasibility study.

“ADB has been a key development partner to Da Nang City,” said Norio Saito, ADB deputy country director in Vietnam. “This transaction advisory support to Da Nang for the solid waste treatment facility will complement the work we are doing in the urban sector in Vietnam, and create a template for delivering waste treatment solutions via public-private partnerships for other cities across the country.”

In the last analysis, whatever the circumstances, better solid waste management means investing more funds and increasing cooperation between the public and private sectors.

“Over the next decade, along with energy and transport infrastructure, we need to invest more in integrated solid waste management processes and facilities,” says McIntyre. “If we don’t, making developing Asia’s cities livable in the future will be nothing more than a pipe dream.”